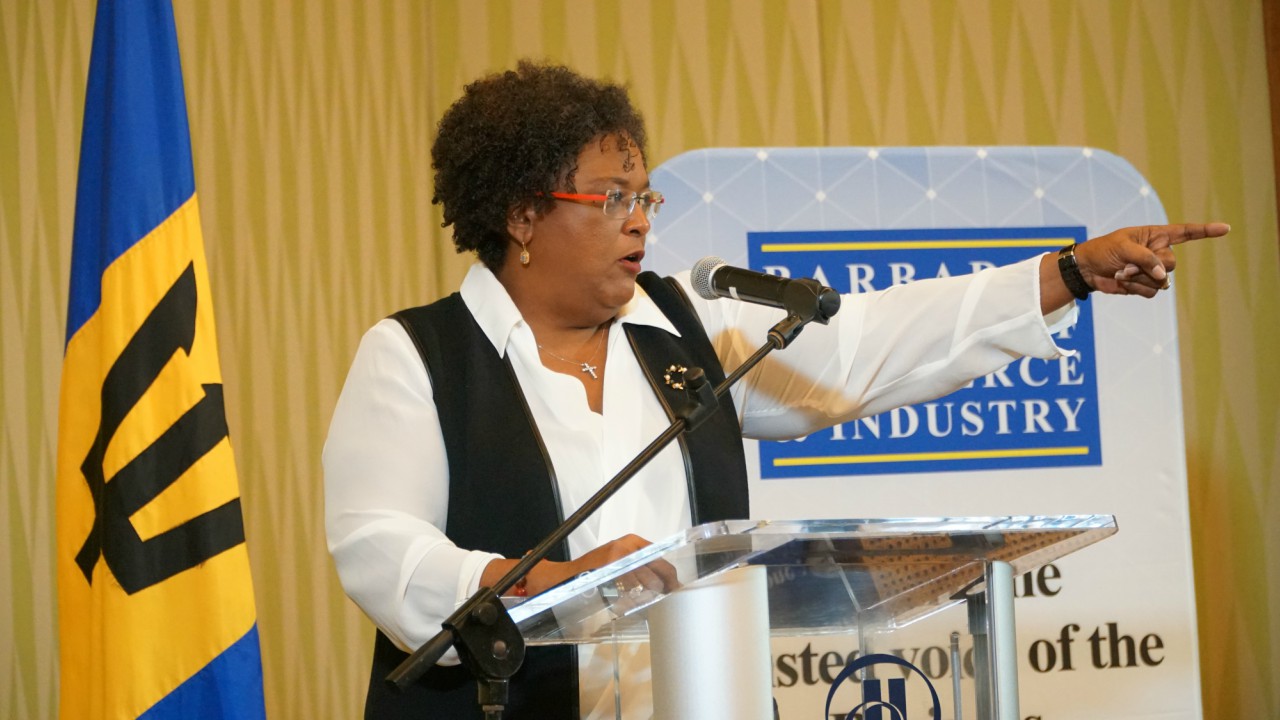 Opposition leader Mia Mottley has urged the Freundel Stuart administration to call the General Election and give Barbadians the opportunity to choose who governs the country's affairs.

In a statement released yesterday, Mottley said the information coming out of the Central Bank of Barbados (CBB) 2017 Economic Review as well as released from a consultation with the International Monetary Fund (IMF) shows that the "country is sick".

"We insist that the people of Barbados need to be given an urgent opportunity to have a say in the matter that is before us. There is simply too much at stake."

The CCB's review revealed some worrying economic trends such as the continuous decline of the international reserves which now stand at $410 Million, equivalent to 6.6 weeks of imports. The fiscal deficit, having decreased by almost $200 Million, is still an area of concern and government expenditure needs to be cut. Further to that, economic growth is projected to be less than one percent for 2018.

The IMF recommended that government focuses on adjustment measures to reduce the wage bill and that there should be a reform of government pensions as well as state-owned enterprises.

Mottley said the information from the CBB and IMF is nothing the government or the people of Barbados were not already aware of. The Opposition Leader placed the blame squarely on the shoulders of the Finance Minister, Chris Sinckler and Prime Minister Stuart for continuing to implement economic policies which bear no positive results.

"The Central Bank and the International Monetary Fund have made it clear that time is not on our side and that our problems cannot be wished away. What is required is confidence and decisive action, none of which have been exhibited by this current administration."

Mottley questioned why the Prime Minister was so intent on riding out his time in office before calling the election. She said it was time for "real, meaningful change...

"This picture as painted by the Central Bank and the IMF begs the questions as to how much time Barbados has left before decisive action is taken. The decision is now fast falling to the people of Barbados to secure our future and escape further brutal hardship."

Parliament is expected to dissolve in 34 days and there has been no announcement for the date of the general election as yet. During a sitting in Parliament last month, Stuart said his government intends to take all the time which is constitutionally due.

Time for a new economic model