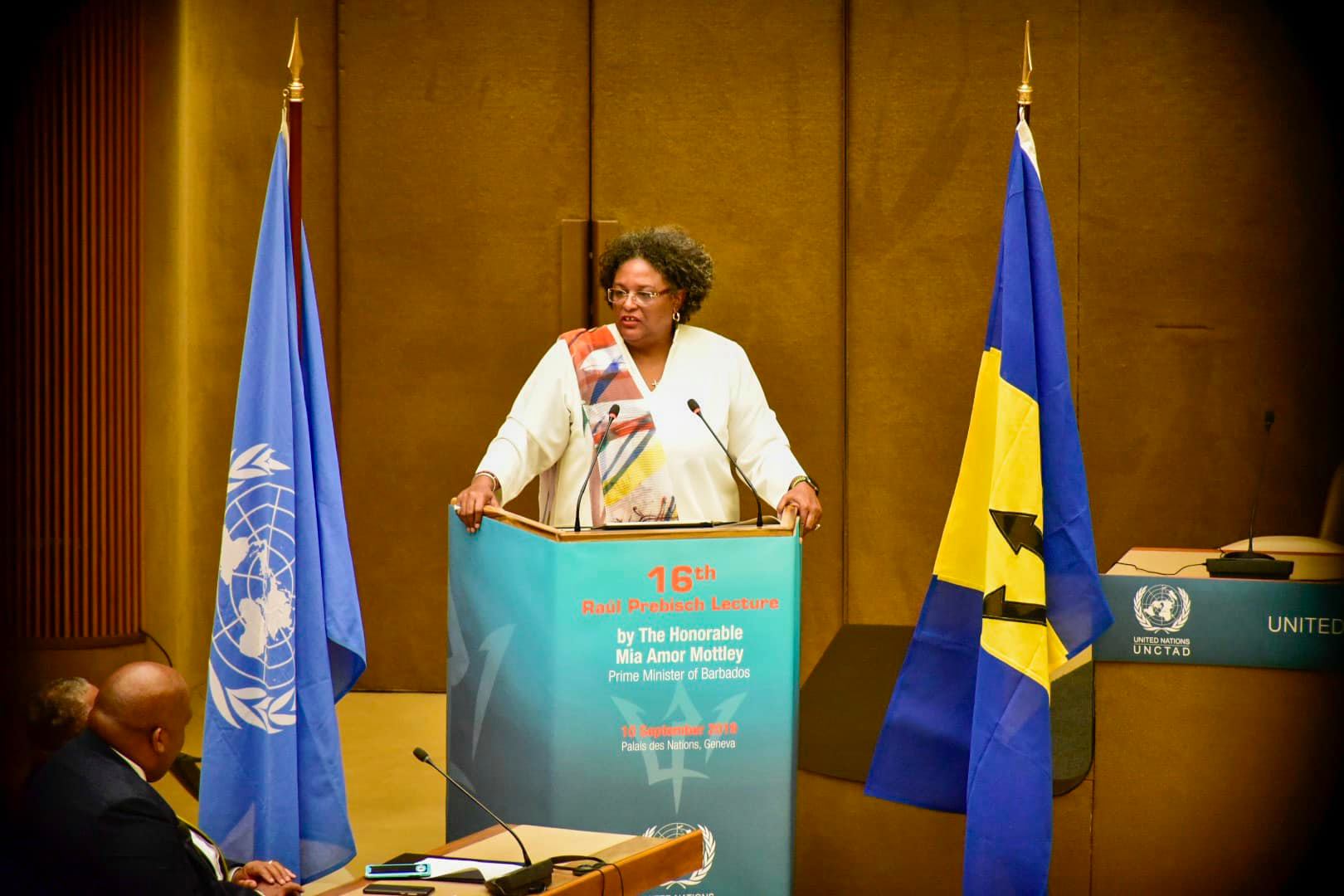 Prime Minister Mia Mottley has told some of the larger countries in the world that many of the problems which they are currently facing, can only be solved through multilateralism and cooperation.

Delivering the 16th Raúl Prebisch Lecture at the Palais des Nations, Geneva, she stressed it was virtually impossible for any single entity to deal with the issues relating to Climate Change, International Terrorism and Financial Crime; suggesting it required a strong international order.

“But that International Order, you and I both know, like the chain that I wear around my neck is only as strong as the weakest link,” Mottley told an audience which included St Lucia’s Prime Minister and CARICOM Chair, Allen Chastanet.

The Raúl Prebisch Lecture is periodically delivered at the United Nations’ European headquarters in Geneva, Switzerland and often tackles trade and development issues, but also covers other topical global concerns.

The lecture series began in 1982, and is named in honour of the Prebisch, who was secretary-general of United Nation Conference on Trade And Development from 1965 to 1969.