Mottley would like to see a Spirituality University for all faiths 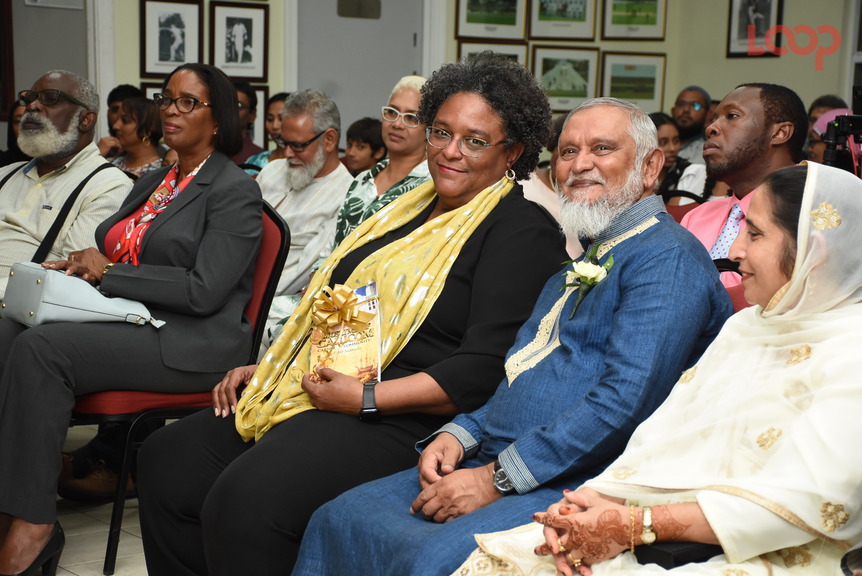 Prime Minister Mia Mottley is calling for greater multifaith cooperation and tolerance not only in Barbados but in the Caribbean.

The CARICOM Chair was speaking at the launch of Muslims of CARICOM (Caribbean Community), the newest literary work of noted Indo-Barbadian author Sabir Nakhuda.

While referring to the current political climate of the Western hemisphere, Mottley noted that the region’s stability was threatened by global events but emphasized that the values of tolerance and respect were engrained in the Caribbean society and its religious and cultural diversity should be celebrated, not discriminated against.

“Our stability as a region can be threatened by global events and at the heart of those global events is the inability of persons of different faith and different civilizations to be able to live together and to respect one another on landmasses far larger than anything we have access to. . . .

We have a duty in this region to remind others and ourselves . . . that ours is a society that values aspects of respect and that values tolerance as a critical part of our society.”

The Barbadian Prime minister also indicated that it was governments' “moral responsibility” to create a multi-faith facility where various religions such as Christians, Muslims, Rastafarians, Hindus and more can congregate to interact or worship. She also suggested establishing an adjunct to Codrington College which could be used as a spiritual university.

“If we can create a space where persons from different faiths and religions can come together to mold a framework from which the rest of the world can have the comfort of holding on to . . . whether it is finding some other space where Christians, Muslims, Rastafari’s and Hindus and Bahai and all of the African indigenous religions can come in that place and allow people to interact and to begin to understand that irrespective of the fact that we worship different gods we have the same two eyes, two ears, we have the capacity to think, we have the capacity to speak . . . to love . . . to be tolerant or to discriminate and that the essence of religion is really about carrying us to a high purpose that ought to be rooted in good.”

Mottley also commended Nakhuda for leading the regional integration movement as his book tells the stories of Muslims from 15 countries throughout the Caribbean.