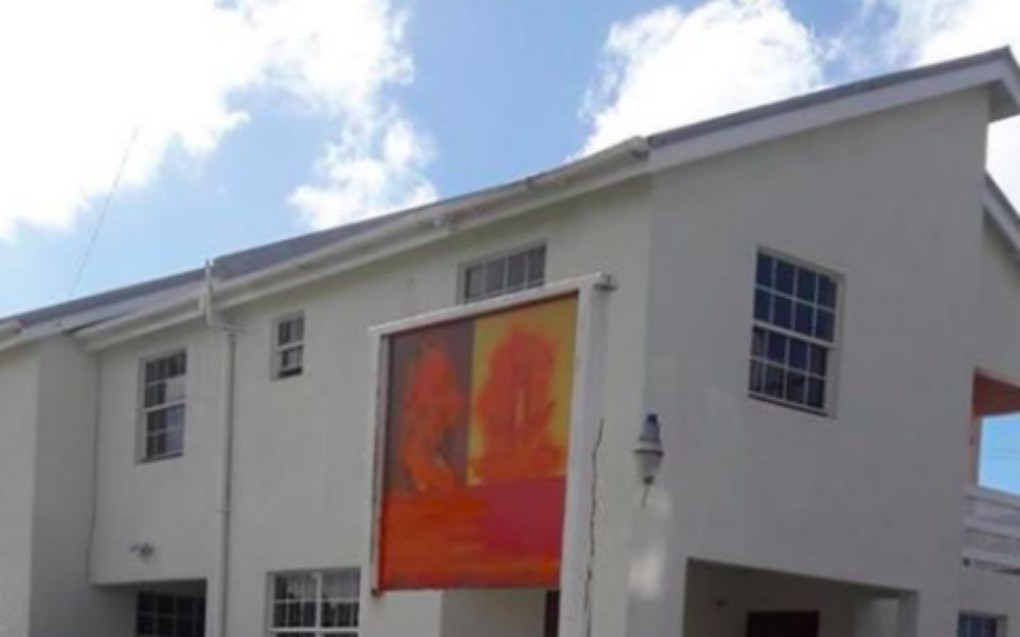 Dr. Maria Agard was the victim of vandalism recently, but she's not letting it shock or sidetrack her. This week, in fact, just days after the crime was committed, it was confirmed that Dr. Agard is the newest member to join the United Progressive Party (UPP).

The sign at her old constituency office was defaced using paint.

“And so the first evidence of political violence has reared its ugly face. I can say many things about this act of vandalism but will say only this. True to character! True to character! May God bless the hands that commissioned this.”

A photo of the damaged sign was first shared on William Duguid’s Facebook page and reposted by Agard. 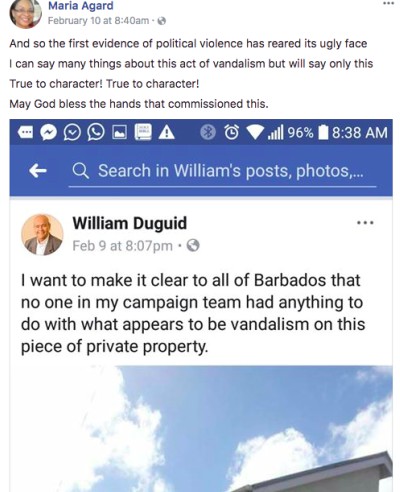 Duguid, who is the Barbados Labour Party (BLP) Candidate for Christ Church West posted the photo with the caption which sought to clear him of any blame. It read:

“I want to make it clear to all of Barbados that no one in my campaign team had anything to do with what appears to be vandalism on this piece of private property.”

Some persons said that since Dr. Agard was an Independent, her sign should not read Candidate for Christ Church West, however, she argued that the sign explicitly stated Member of Parliament.

In the comments as many started casting blame and finger pointing, Dr. Agard commented:

“This new politics demands rabid cannibalism from its supporters. It breeds a hatred that defies civility...”

However, to those persons who expressed concern for her, she assured that she has “a peace that passes all understanding.”

Dr. Agard is a former member of the BLP and she was previously their candidate for said constituency - Christ Church West. Dr. Agard was expelled from the BLP back in November 2015, after she was to answer to nine charges laid against her at a National Council of the BLP meeting.