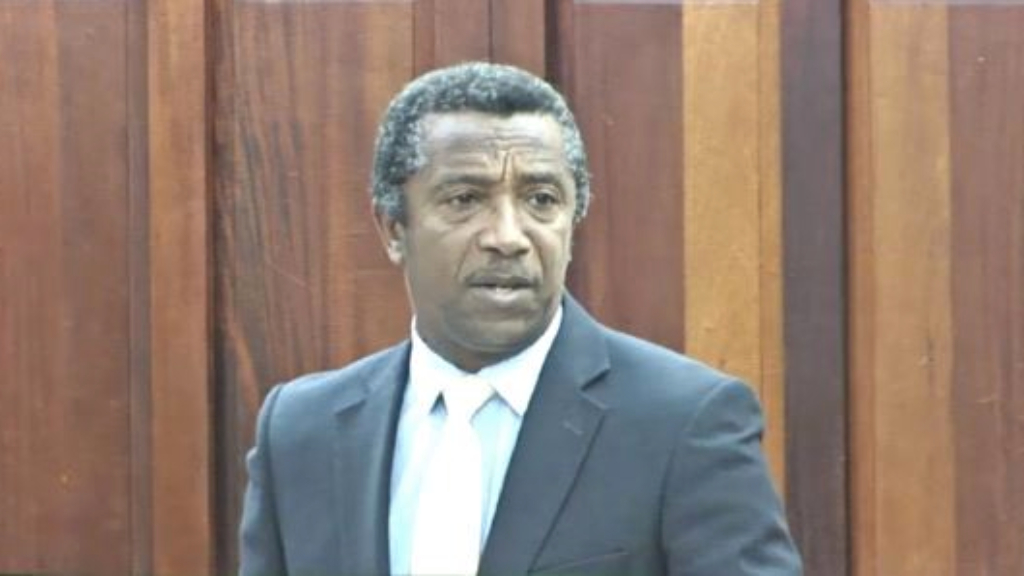 Those who have the responsibility of public duty must respect the laws and procedures outlined in the constitution of Barbados or face the consequences of their actions.

That caution came from Member of Parliament for Christ Church East, Ralph Thorne, as Lower House debated the passing of a Resolution that the House accepts the report of the Public Accounts Committee 2013 - 2018.

Related article :Abrahams: Government not on a ‘witch hunt’

He demanded that members respect the House and follow protocol to ensure the proper process was followed in carrying out the nation's business.

Speaking specifically to the Public Accounts Committee, he stressed its significance to Barbados:

"The Public Accounts Committee is deeply entrenched within the law, within the constitution and within the political conventions of this country."

He also lamented what he termed the "disrespect" and disregard of that institution's importance to the island's management during the previous Democratic Labour Party Government:

"The salient part of the Resolution relates to the inability of the Opposition of the day - that is to say of the 2013 to 2018 session - to lay the report in this Honourable champer.

"I believe therefore that I am somewhat under obligation to give the larger content which left to the Opposition of the day being unable to do its work...

Thorne went on to warn persons who fail to appear before the Public Accounts Committee that they can be found to be guilty of contempt:

"Under the law, the Public Accounts Committee Act, a person may be tried in a Magistrate Court for refusing to attend and he exposes himself to a penalty of two years imprisonment or the payment of $25 000  or both.

"The law intends that this Public Accounts Committee is to be treated as seriously as that - that there is sanction beyond this body and in the other body - in the court, where if a person refuses to attend can be convicted in a court of law for that refusal."

In his contribution to the debate Opposition Leader and Member of Parliament for St Michael West, Joseph Atherley, stressed that the interest of Barbadians must be at the forefront of the policies of the Government.

He believes that Ministers who do contrary to this should be held responsible, while stressing that their colleagues should ensure this:

"Ministers who transgress in this way should never find they have the comfort and affection from the office of the Prime Minister... Clearly one has to wonder, where were the other members of Cabinet?"

Get the latest local and international news straight to your mobile phone for free:t