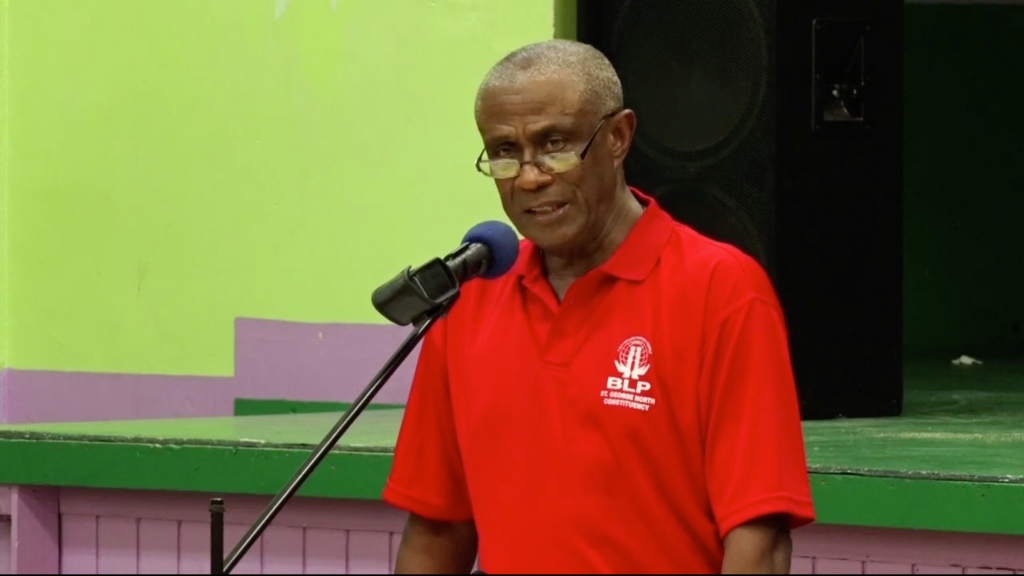 Deputy Speaker of the House of Assembly, Gline Clarke, is retiring from his post as a Member of Parliament.

On Sunday at the Barbados Labour Party (BLP) St George North annual general meeting held at the St George Secondary School, Clarke announced he will be stepping down.

He replaces Senator Reginald Farley who was recently appointed as President of the Senate.

In a moving speech, Clarke thanked the BLP and his constituency, for their continuous support. He vividly outlined his lengthy career in politics explaining how he joined the party over 40 years ago and was elected into office 26 years ago.

He went on to speak about when he first ran for the St George North constituency in 1991. Clarke recalled that some of the politicians at the time not being an adequate representation of the working-class population of Barbados.

After witnessing these outcomes, Clarke wanted to help his constituency.

“I’ve learned so much growing up in the party at a young age and that’s why I felt and will always feel that young people ought to join the political party of their choice. This party has given me great hope over the years. It had given me everything that I have an experienced” said Clarke.

As he said this, he encouraged the youth to rally behind the Barbados Labour Party.

He also gave heartening words for his former colleagues stating that they should enjoy their time in Parliament.

Clarke assured his constituents that although he will assume a new post, his priority was to serve the people of Barbados and protect their interest.

“I want to say to the people of St George, it was a great honour serving you and I will continue to serve you as long as I live. I may not serve you in Parliament, but I will serve you wherever I go”.