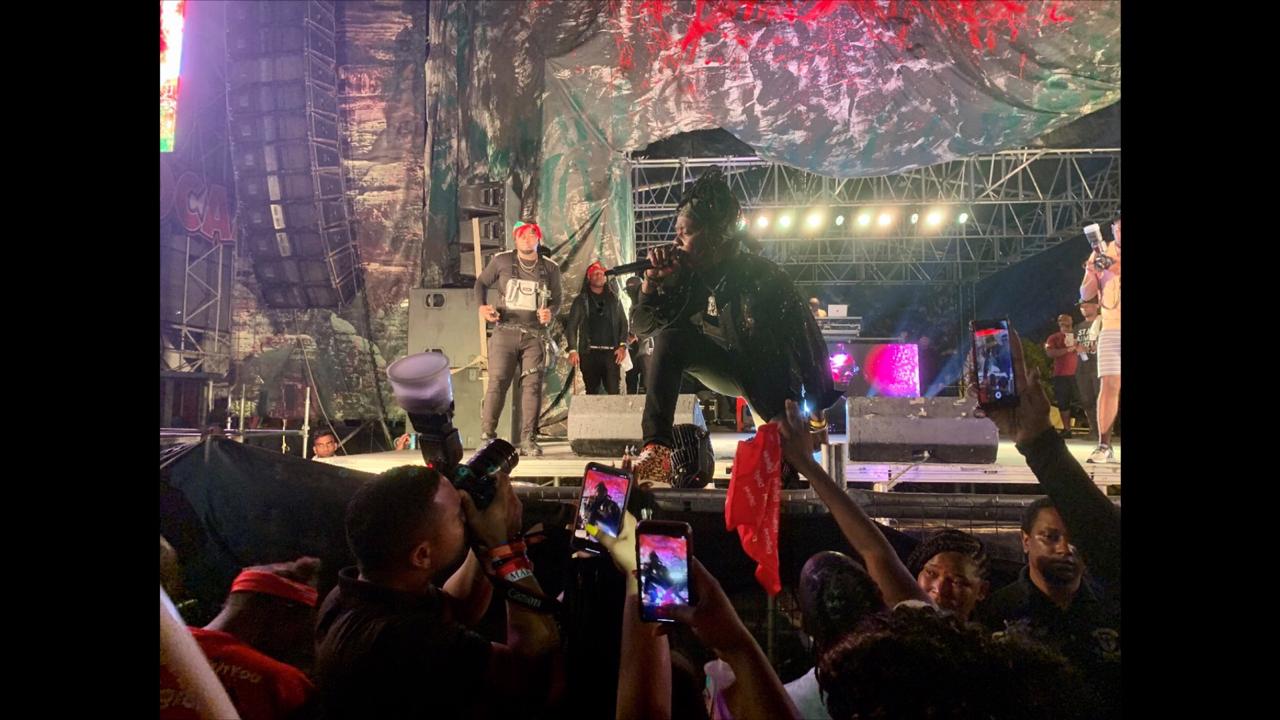 2019 Soca Monarch Hollice Mapp, better known by his moniker Mr Killa, said the decision not to defend his crown at this year’s competition was difficult but necessary.

While on stage at YUMA’s Erupt on Friday he said it’s time for black people to stand up and realise that they arere worth something.

“Every single time a black youth stand up is either he feel he better than people, or he’s a show off. As a black man inside here let me tell you something, walk with your head tall,” he said.

Speaking with Loop News after his performance, he said though he doesn’t regret the decision to stay away from the competition, there is some sadness as competition has been a huge part of his life since he first entered the soca arena.

He said “Next year will make it 20 years singing soca and I think defending my crown would’ve been one of my greatest achievements ever, not just personally winning it but defending it also. I wouldn’t say regret, because the stand I make was very necessary and I’m proud of myself for that so is not that I regret but I’m sad it worked out that way.”

Mr Killa rubbished claims that his decision to opt out of the competition was borne of the fear that he would be unable to successfully defend his crown.

He told Loop News “competition is like this, on the night may the best man win. I don’t ever think that I don’t have a chance. The way that my mind functions and if people know me as an artiste they will realise that I go with every single thing and I was extremely confident that I would have taken soca Monarch again this year very easily once I got to do what I wanted to do. This year soca monarch would have definitely been a movie. Some people don’t understand it and that’s fine but the truth will always remain the truth, soca monarch going on right now, check the reviews tomorrow.”

On February 8 the Grenadian artiste announced his decision to withdraw from the International Soca Monarch citing the competitions organisers’ failure to properly communicate.

Asked if he will ever return to the ISM stage he said time will tell.