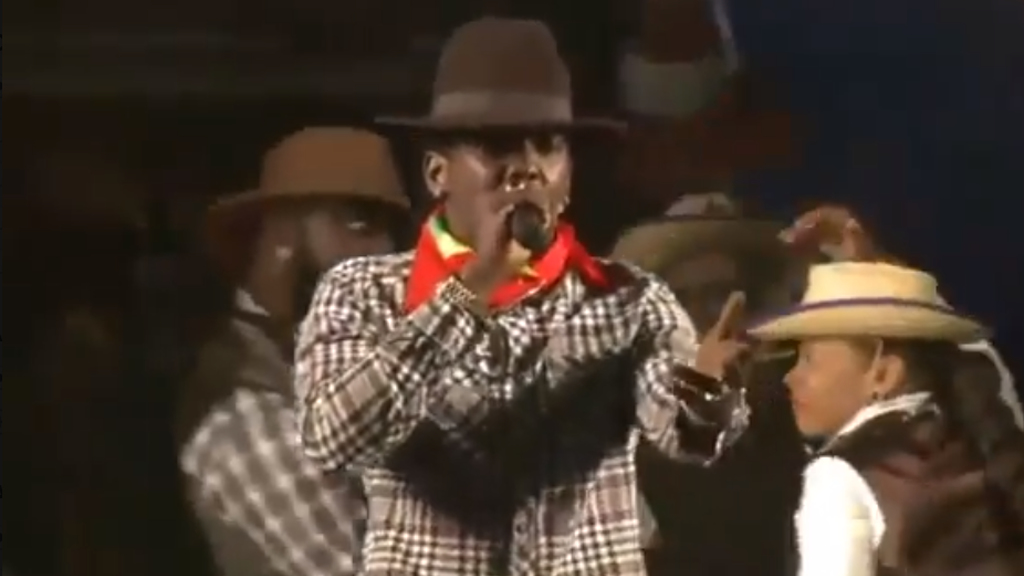 Mr Killa says it has always been his dream to win the International Soca Monarch competition.

Speaking to Loop after his performance at the ISM semi-finals on Sunday night, Killa, real name Hollis Mapp, said winning the competition has been one of his dreams since he was a child.

“As a kid growing up watching Soca Monarch, I dreamt of winning, I see myself wearing that crown so for that to happen it will be destiny,” he said.

Related article :Mr Killa focuses on business to push soca to the world

Mr Killa sang his popular ‘Run With It’ song at the semi-finals, sending the crowd into a frenzy as some people heeded his instructions and took up anything they could find to run with including a dustbin.

“This song is getting love like no other at this moment. It is an amazing feeling, I feel great, I feel humbled, Rolly Polly was a really big year for me but this song is like 10 times more powerful,” he said.

Tracing the growth of the song, he said social media played a big role in helping him to market his music to the world.

Mr Killa may be a favourite to win the Soca Monarch but on Sunday night, no one was giving him the title on a platter, particularly veteran contender Iwer George.

George, a former Soca Monarch, had the crowd chanting his name after he ended his performance for “Water Blessings’. George, dressed in a long red robe embellished with gold trim, had patrons throwing water from bottles and water guns on each other.

Killa’s fellow Grenadians Lil Natty and Thunder also signaled their intention to capture the crown with their energetic performance of ‘Get in your Section’.

Motto from St Lucia also entertained the crowd with his performance of ‘Pick Yuh Position’ bringing the now infamous Candice to show off her flexibility on stage.

The Groovy category was a tighter race with Teddyson John of St Lucia, Ricardo Drue of Antigua, V’ghn of Grenada and Mandella, also of Grenada, signaling their intent to take the Groovy crown.

The Trinis weren’t to be outdone, however with Swappi, in a skin-tight white sequinned pants, Preedy, 5 Star Akil and Jadel, riding a motorbike on stage, doing the most to snag a place in the finals on Fantastic Friday.

Though the crowd at the Arima Velodrome was much smaller than previous years, the vibe was reminiscent of Soca Monarch past with many flag crews coming out to celebrate the return of Power to the competition.

At the end of the night, 16 finalists out of the 39 semi-finalists were announced. They are: