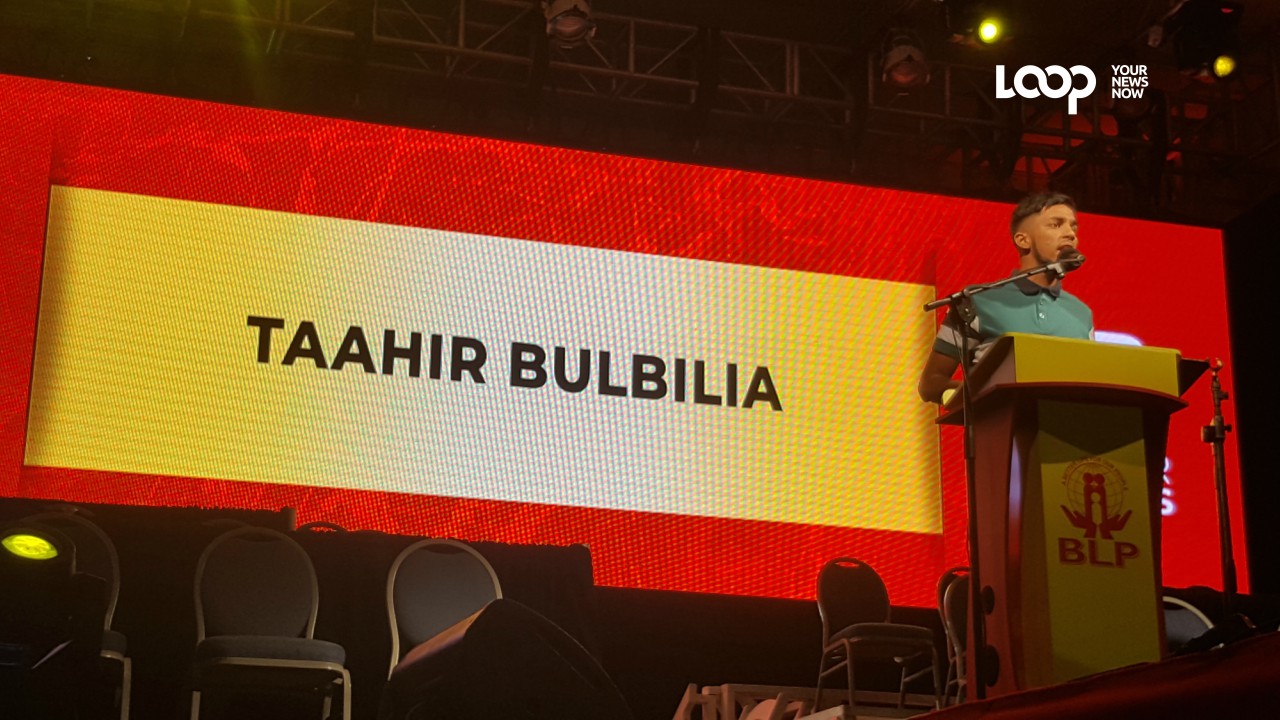 Taahir Bulbulia says “it won’t be easy” but he’s ready to encourage the youth in his Muslim community, his constituency of St. James South and the country of Barbados to vote on May 24.

Taking the stage at Weymouth Grounds for the BLP 2018 Campaign launch, he said:

“I am not taking my decision to vote as a joke. I understand the seriousness of this right. Unfortunately, many of my friends and teammates do not see the importance of voting and have lost hopein this system saying things like it don’t matter and it’s all the same thing.”

He reiterated to Loop News backstage, “It is not the same!” He said that when he was approached to speak on the Lift Off platform tonight he was “nervous” but he knows it’s important. “They came and I gathered my thoughts.”

At 19-years-old, after one of his fellow Muslim youth was at the centre of public scrutiny and praise for speaking on another BLP stage last year, he said that he believes they should start early. “It is a good thing to involve the youth.” He said that a start from young means that you are better able to transition and speak when you enter the political arena.

Loop quickly asked if that’s his intention and he said, “Yes, I want to be a politician.” Smiling he asserted that it is his dream.

Studying Sports Science at the University of the West Indies, he said that he understands “many of my friends and schoolmates who I grew up with don’t have that opportunity to attend University and for them it is a struggle to even find a means of income.”

Recognising that his parents have allowed him to have a chance that many others do not have by paying his university tuition fees, he said that “the BLP’s promise of making tertiary education once again easily attainable for all. This is definitely the way to go! Tertiary education should be seen as an investment in the youth and not an expense.”

There fore he urged all youth within earshot, “get out there and vote. Vote because Barbados depends on your vote. Go and vote because you need to make that change happen.”

WATCH: No campaign is perfect, BLP ready and focused despite hiccups