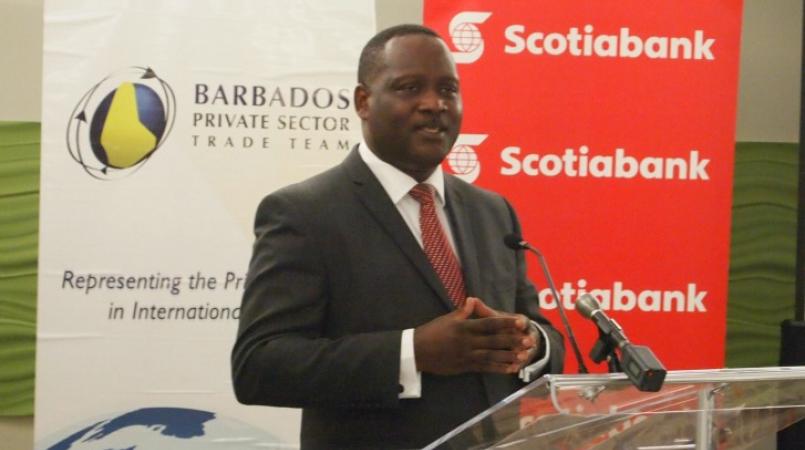 Minister of Industry and International Business, Donville Inniss will remain tight-lipped about the names of the companies that will have their international business licenses revoked until due process is followed.

Over the weekend it was revealed that four companies were alleged to be involved in money laundering activities, corrupt practices and defrauding citizens in foreign jurisdictions.

Inniss spoke to the media on the sidelines of a church service to mark the opening of the Barbados International Business Association (BIBA) week of activities on Sunday where he skillfully sidestepped questions as to the identities of the international companies and the illegal activities they were reportedly involved in, even going so far as to accuse the media of searching for “salacious details”.

Inniss said he would not engage in public discussions as to the extent of the illegal activities, adding the names of the entities will be released in time.

“I am not going to issue a press release from my Ministry providing names and details on companies. I shall not do that. At the end of the day these things also give us a bad rep when we start to put into the public domain through press releases. So the names of the entities will be released in due time.”

Inniss sought to give the assurance that government would not lose significant revenue from the lack of business the four companies would have provided. During his address to the congregation, Inniss noted the international business and financial services sector contributes $900 million annually to the local economy. However, It is no secret that that amount has decreased over the years as the sector attempts to mitigate challenges such as a lack of international competitiveness and a loss of business from jurisdictions such as Canada.

“There is no significant loss in revenue to this country… what about the revenue we wouldn’t get if we didn’t do the things we needed to do to protect the reputation of Barbados so I am not going to get involved in any dollars and cents because I cannot quantify that.”

Inniss said he expects correspondence will be sent to the various parties within the coming week and after the necessary procedures are followed, the names will be published in the Official Gazette.