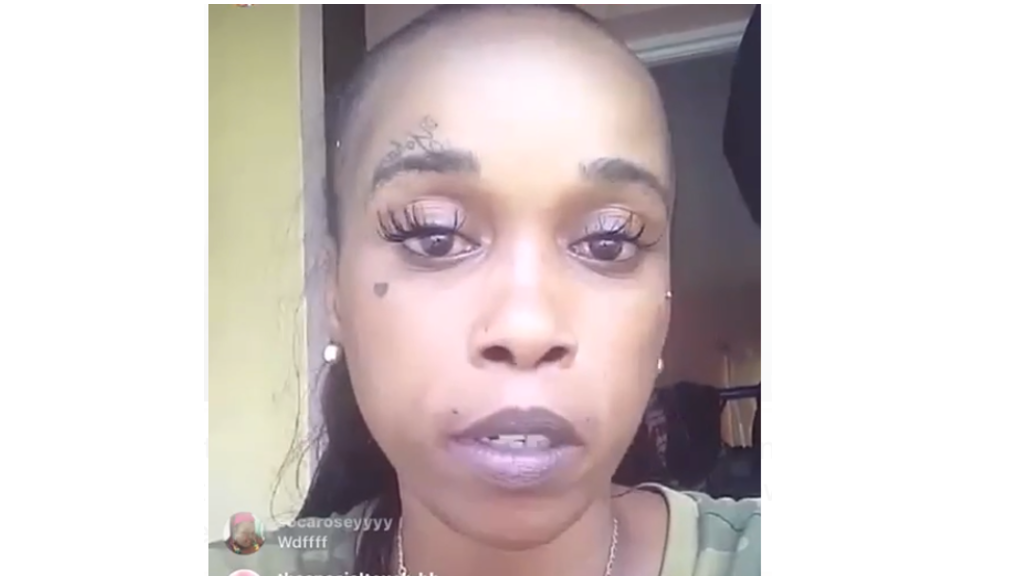 Natalie Harewood went Live on her IG on Saturday, August 8.

Natalie Harewood took a few minutes today to call on persons to say a prayer for Nakita Jones.

Jones, alias Muscle Katt, was stabbed numerous times about her body according to the police report. The stabbing incident occurred around 4.10 am on Saturday.

Police reported that a woman on the compound of the old Ministry of Health in Jemmotts Lane is now in stable condition after receiving stab injuries to her back, chest, both arms and a laceration on her nose.

During an Instagram Live video, Harewood, who is also a 'sex worker' and mother like Muscle Katt, said that Jones was not deserving of what happened to her.

"I would like you all to say a lil prayer for Muscle Katt because no woman ain't deserve this at all. My enemies, my haters, none of wunna don't deserve this. Yuh understand and we as women in these times we put away our differences and everything."

She pleaded: "I just want wunna suh a prayer for Nakita. Real ting."

Harewood said that she does not know the details of the incident but she seemed shaken by the incident and its result: "Muscle Katt was stabbed so much times last night pun top she head all bout she body, I mean oh my God, I just asking you all to say a prayer for Muscle Katt. This 2020, oh my God!"

Regardless, Harewood stressed that this was wrong and undeserving.

In earnest, she said that Jones "need all the prayers right now. Nakita, oh Lord help this young lady."

Sincerely, Harewood issued her plea to her almost 30K followers on Instagram and she had over 300 persons on her Live while she was recording.

Speaking to Loop News this evening after the Live, Harewood also cautioned other workers to take care. She advised:

"But girls that does be on the streets need to be cautious with who they go with and where there go. Not in no deserted areas and dark places."

Police are investigating the stabbing of Jones.