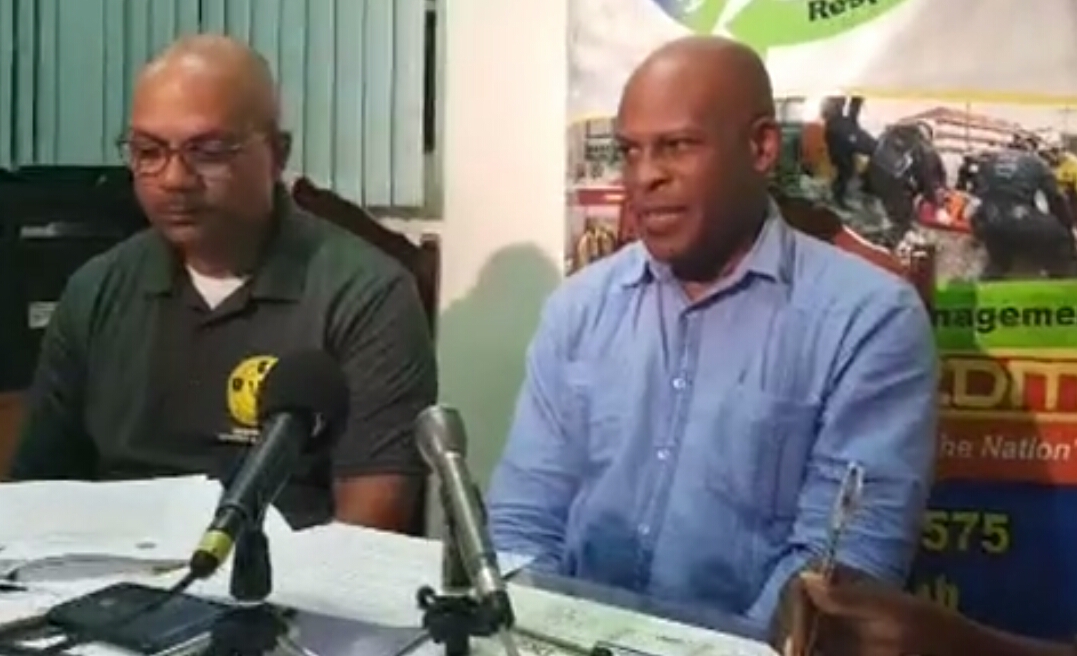 Acting Attorney General Edmund Hinkson stands by the government's decision to have "business as usual" today despite a Tropical Storm Warning being in effect.

Addressing the nation on the progress and impact of Tropical Storm Kirk tonight,  minutes ago via Facebook Live, Hinkson said that he believes the Barbados Labour Party-administration made the right call this morning.

He said that they are guided by the Met office and today was sunny and bright. Hinkson said that anytime the island is shut down due to adverse weather conditions, we stand to lose amounts in the vicinity of $3Million.

Asked about the likelihood of schools reopening tomorrow and a national shutdown tomorrow, Friday, September 28, Hinkson said that it is early times yet. He said that he cannot make that call or speak to such at this time. Hinkson also shared that some hurricane shelters are being utilised and noted that some of these buildings are schools.

The Flash Flood warning and Tropical Storm Warning remain until 6:00 am tomorrow and it seems as though that is when further directives will come from the powers that be.

Deputy Director of the Department of Emergency Management, Captain Robert Harewood also spoke at tonight's press conference to update the nation and he disclosed that members of the Barbados Defence Force are responding to calls from persons in flood-prone areas who are in distress.

No work on Thursday in Dominica as Kirk approaches