'Natlee' will be back for next election 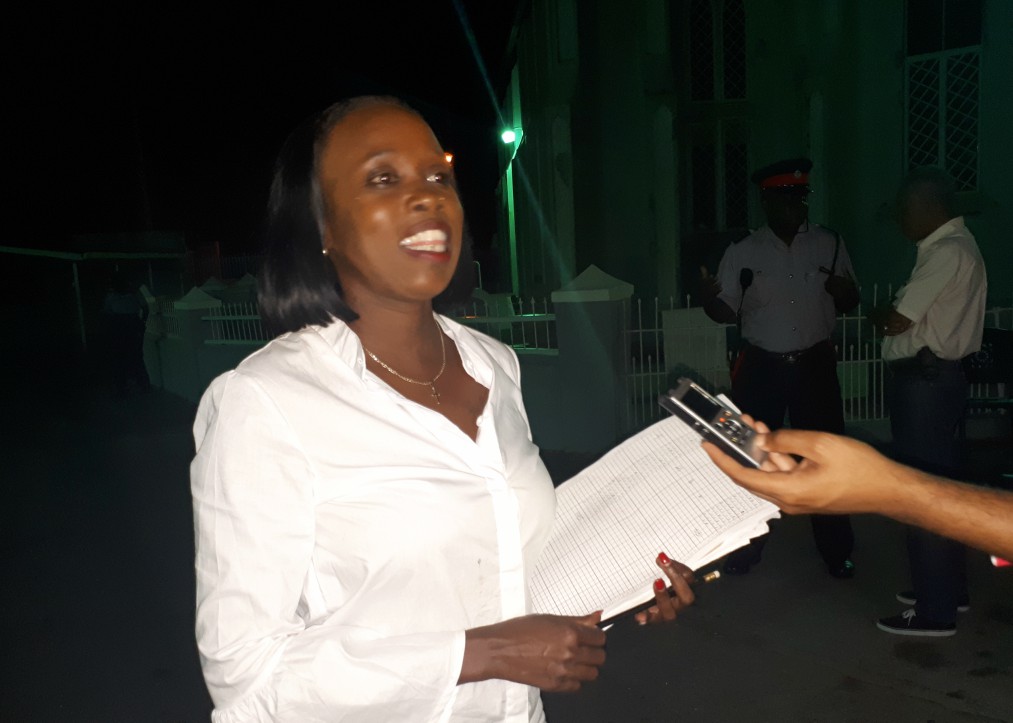 Natlee speaking to reporters at the counting station on Election night.

The political career of Natalie 'Natlee' Harewood may not have borne the results she hoped for but the mother and former prostitute has given her word that she will not be throwing in the towel just yet.

Although Harewood was not successful in securing a seat as a Member of Parliament for the City of Bridgetown, she was able to break traditional barriers as a political hopeful.

Harewood rose to national fame as a recording artist last year when her first single 'Dirty Harry' hit the airwaves, telling a story of her escapades as a prostitute with a client.

She further shocked the island when the announcement was made in March that she will be quitting her profession to pursue a career as a politician. Harewood had a few spokes thrown into her wheel during her campaign. Especially so when her former campaign manager, Charles 'Spice' Lewis declared that the Political Prostitutes Party (PPP) would be contesting the 2018 General Elections- which ruffled Natlee's feathers.  She had also come under heavy criticism on social media from some who expressed the view that Harewood should stay out of the political arena.

However, she was in high spirits on the morning after Polling Day at the Donald Henry Auditorium on Bay Street when the counting of the ballots was completed.

Harewood amassed a total of 54 votes from the eleven polling districts in The City while Barbados Labour Party (BLP) Jeffrey Bostic won with 2,781 votes, securing the seat for the second term.

Speaking to reporters in the wee hours of the morning, Harewood said she will be back again for the 2023 General Elections.

"The experience was very good and I enjoyed the campaign. This will not be the end of me, I will be back. I will work and work with my people, I am not giving up this fight. I will be back in the next five years.

She said she was quite satisfied with the way in which her campaign was run and she was grateful for the support those in The City gave her.

Bostic: Dirty politics could not win The City