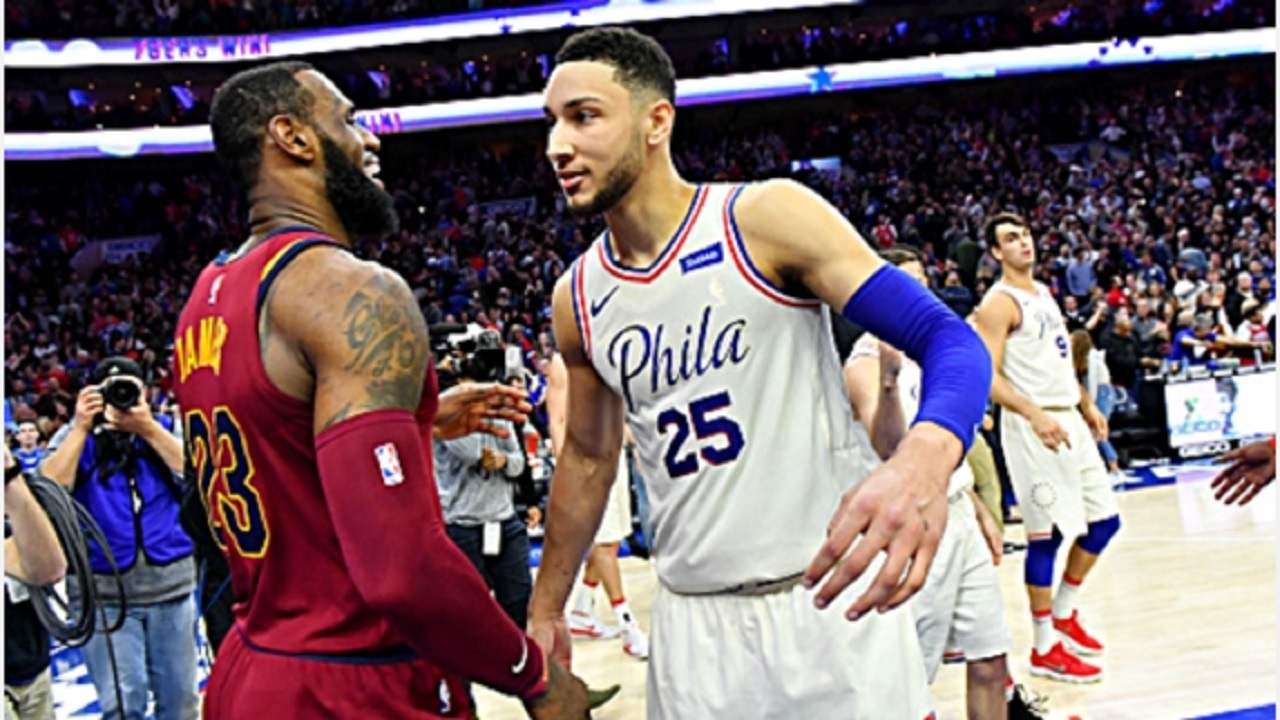 The Cleveland Cavaliers and Philadelphia 76ers gave fans a basketball doubleheader of sorts at the Wells Fargo Center on Friday in the NBA.

The 76ers raced out to a 78-55 half-time lead and appeared on the way to a blowout, but, before the hosts could even think 'We did this without Joel Embiid', the Cavaliers roared back to win the second half 75-54.

Cavs missed a potential game-tying tip shot in the final second as the 76ers just held on to win 132-130.

With the victory, the 76ers (49-30) move past the Cavs (49-31) into third place in the Eastern Conference. They have three games left (Dallas, at Atlanta, Milwaukee) while the Cavs face the Knicks in New York on Monday and then at home for their season finale two days later.

Even with Embiid sidelined by a concussion and fractured orbital bone, the 76ers still have abundant talent, including guard Ben Simmons, who has averaged a triple-double in his past 14 games. Simmons put on a show on Friday, including a bizarre between-the-legs assist at one point, then a few minutes later slashing to the rim for a slam.

Simmons finished with another triple-double (27 points, 15 rebounds and 13 assists), but veteran guard JJ Redick contributed 28 and fellow sharpshooter Marco Belinelli poured in 23 off the bench. LeBron James also had a triple-double (44/11/11), while forward Jeff Green continued his strong play with 33 points.

The Toronto Raptors not only clinched the No.1 seed in the Eastern Conference for the first time in franchise history, they also set a team record for wins (57) with their 92-73 victory against the Indiana Pacers, whose starters scored a combined 18 points (on 8-of-36 shooting).

Elsewhere, LeBron James' excellence is so taken for granted, he rarely gets a mention, but 44 points, 11 rebounds and 11 assists is impossible to ignore.

A moment of history from George Monroe helped the Boston Celtics beat the Chicago Bulls 111-104.

Monroe became the first Celtics center to log a triple-double since Robert Parish back in March 1987. The Celtics stay second.

In addition to featuring a great match-up between two of the league's marquee players, Kevin Durant and Anthony Davis, this is an important game for the Pelicans, who could still miss the playoffs with a slight stumble in the final week.