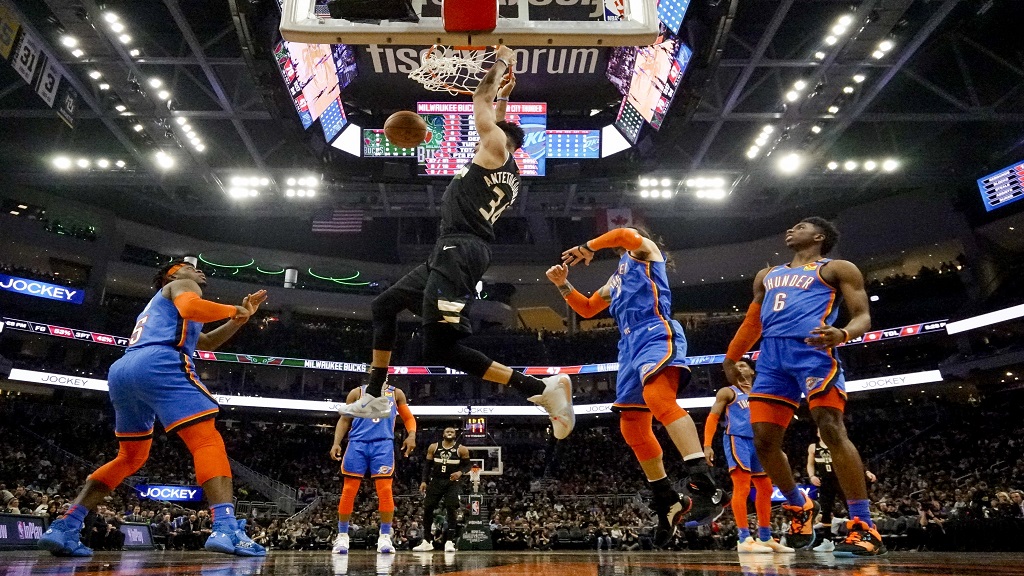 Milwaukee Bucks' Giannis Antetokounmpo dunks during the second half of an NBA basketball game against the Oklahoma City Thunder Friday, Feb. 28, 2020, in Milwaukee. (AP Photo/Morry Gash).

The Bucks showed no mercy as they handed the Thunder their worst loss of the season – a 47-point defeat in Milwaukee on Friday.

Bucks star and reigning MVP Antetokounmpo led the way with 32 points and 13 rebounds at home to the streaking Thunder.

The Thunder had won five straight games, but Oklahoma City were no match for the devastating Bucks – who made a season-high 21 three-pointers as they improved to 51-8.

Chris Paul posted 18 points for the Thunder (37-23), while Shai Gilgeous-Alexander (11) was the only other player in double-digits.

It was the Clippers' 40th win of the season as Doc Rivers' team reigned supreme at Staples Center. 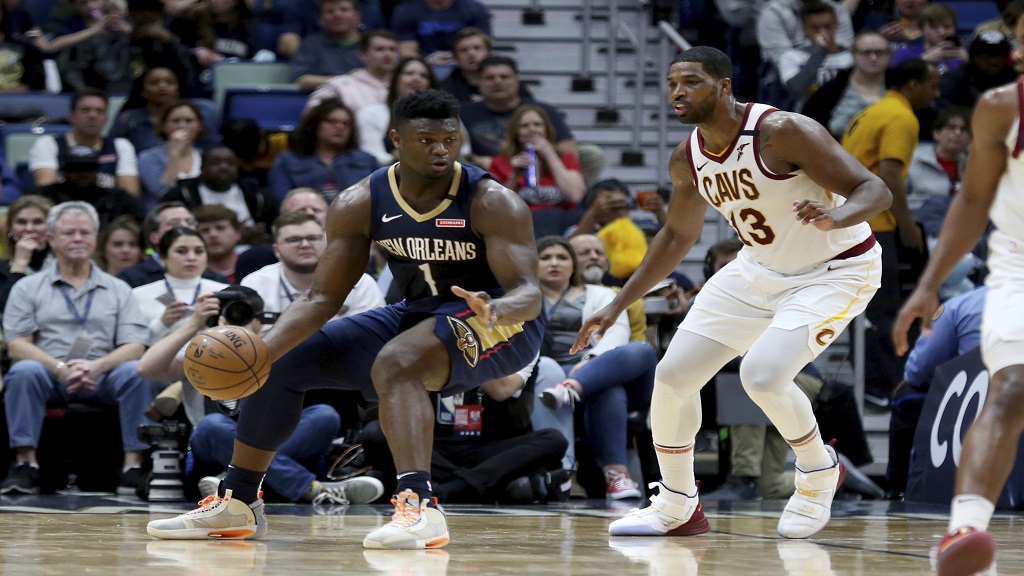 Zion Williamson became the first player in NBA history to record 20-plus points in 10 straight games before the age of 20. The New Orleans Pelicans rookie finished with 24 points in the 116-104 win against the Cleveland Cavaliers.

Luka Doncic celebrated his 21st birthday on Friday and the Dallas Mavericks star put up 23 points and 10 assists. However, Doncic – playing with an aching thumb – did not have a memorable birthday as the Mavs lost 126-118 at the Miami Heat.

A first career triple-double from Aaron Gordon (17 points, 11 rebounds and 12 assists) inspired the Orlando Magic to a 136-125 win over the Minnesota Timberwolves. Terrence Ross had a season-high 33 points.

It was another big performance from Bradley Beal. The Washington Wizards guard had 42 points and 10 assists in his team's 129-119 defeat to the Utah Jazz.

Jonas Valanciunas scored 13 points and collected a career-high 25 rebounds in the Memphis Grizzlies' 104-101 defeat against the Sacramento Kings.

Patrick McCaw is a three-time NBA champion – twice with the Golden State Warriors and once with the Toronto Raptors – but he did not look like one on Friday. The 24-year-old did not score a point in Toronto's shock 99-96 loss at home to the Charlotte Hornets. He was 0 of six from the field, while he missed both of his three-point attempts in 20 minutes.

Dallas' Dorian Finney-Smith also struggled. Finney-Smith played 27 minutes, going 0 of four from the field and the same from beyond the arc for just three points as a starter.

James Harden and the Houston Rockets (38-20) travel to the Boston Celtics on Saturday, riding a five-game winning streak. The Celtics (41-17) have won back-to-back games.

Pelicans take Zion Williamson with No. 1 pick in NBA draft