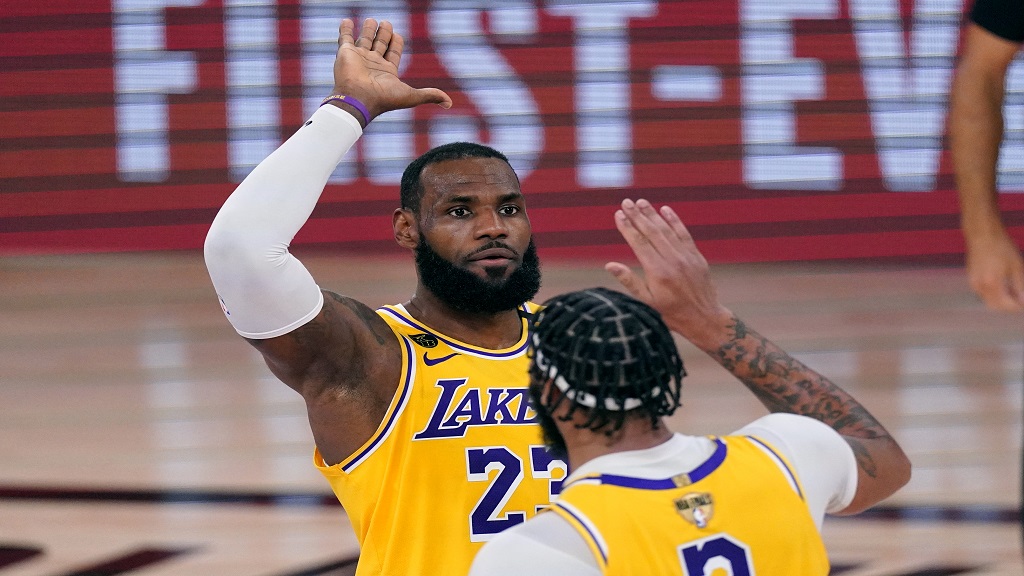 Anthony Davis and LeBron James starred as the Los Angeles Lakers crushed the Miami Heat 116-98 in Game 1 of the NBA Finals on Wednesday.

It was a reunion for Lakers superstar James and the Heat, who teamed up for two championships in 2012 and 2013, at Walt Disney World Resort.

The top-seeded Lakers – eyeing their first title since 2010 – put the Heat to the sword after edging the opening quarter 31-28, leading by as many as 32 points, having trailed by 13 early.

James, making his 10th Finals appearance searching for his fourth championship, had a double-double of 25 points and 13 rebounds to go with nine assists in Orlando, Florida midweek.

The four-time MVP, who missed the playoffs in his first season with the Lakers last term, moved up to fourth on the all-time Finals double-double list.

All-Star team-mate Davis, meanwhile, put up a game-high 34 points to extinguish the Heat in his maiden Finals appearance following a blockbuster trade from the New Orleans Pelicans at the start of the season.

The Heat, who trumped the Indiana Pacers, Milwaukee Bucks and Boston Celtics en route to the showpiece, simply had no answer in the Finals opener.

After a strong start, Jimmy Butler and the Heat were powerless to stop a Lakers masterclass inside the Orlando bubble.

More concerning is the health of three of their stars heading into Game 2 after Butler, Bam Adebayo and Goran Dragic suffered injuries.

Butler appeared to twist his ankle just seconds before half-time and hobbled off the court, but he played out the game, leading the Heat with 23 points.

Dragic (six points) also hurt his foot and did not return following 15 minutes of action, while star big man Adebayo (eight points) headed to the locker room and did not feature again.