NBA ROUND UP: Ginobili lifts Spurs to overtime win against Rockets 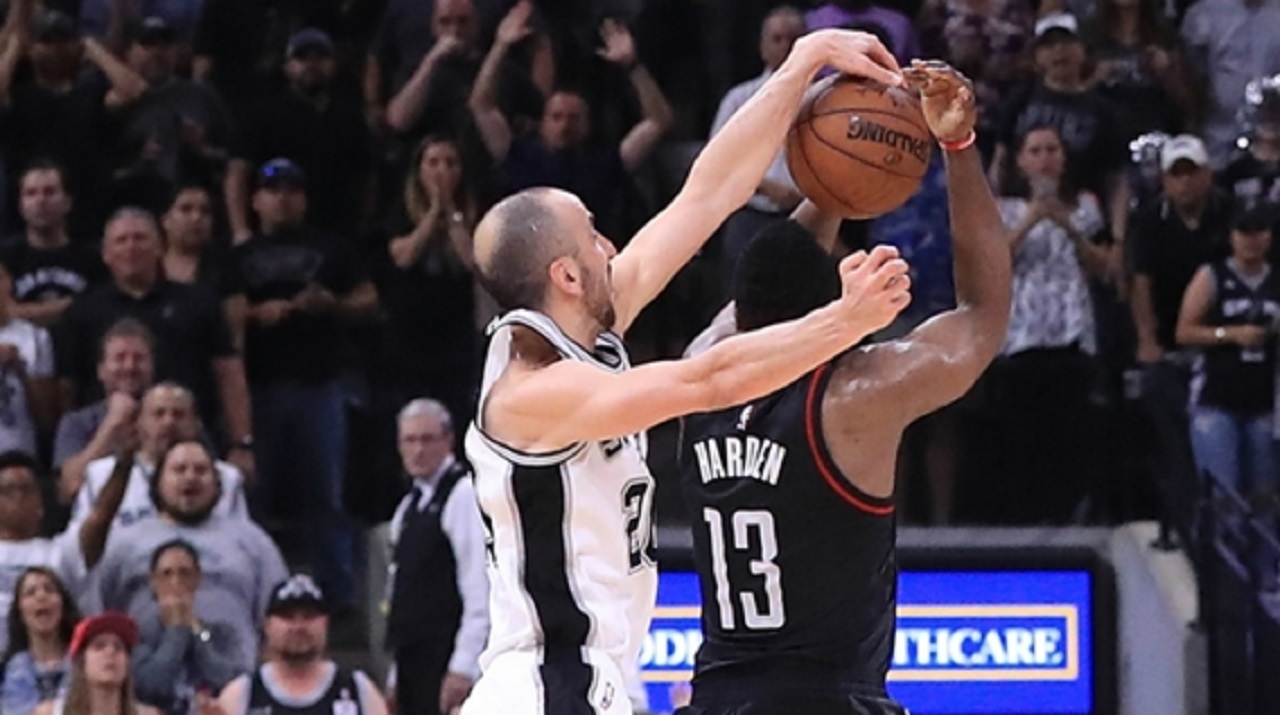 With Kawhi Leonard sitting on the bench due to two injured legs in overtime, the San Antonio Spurs needed a new hero in their game-five win at home to the Houston Rockets.

Instead, they found an old hero in 39-year-old guard Manu Ginobili, who blocked a shot at the buzzer by Rockets star James Harden to secure the Spurs' 110-107 victory in OT in the NBA Western Conference semi-finals on Tuesday.

The Spurs own a 3-2 lead as the series heads back to Houston for game six on Thursday.

The Spurs would be on the other side of that 3-2 equation if not for Ginobili and two fellow unsung Spurs, guards Patty Mills and Danny Green.

Green finished with 16 points, including the final seven San Antonio points in overtime, while Mills – starting in place of the injured Tony Parker – had 20 points.

But Ginobili, the second-oldest player in the NBA, sparked the team throughout the night. He came off the bench to score 12 points, grab seven rebounds and hand out five assists.

Ginobili's biggest offensive play came when he hit a scooping off-balance layup to tie the score at 101 with 34 seconds left for the final score of regulation.

MVP candidate Harden posted his usual big stat line (33 points, 10 rebounds and assists) but hit only four of 15 from behind the arc.

The big question now heading to game six is Leonard's status. He did not play the final five minutes of regulation or in overtime, dealing with both a right knee issue and a left ankle problem that came when he landed on Harden's foot late in the third quarter.

The All-Star still finished with 22 points and 15 rebounds.