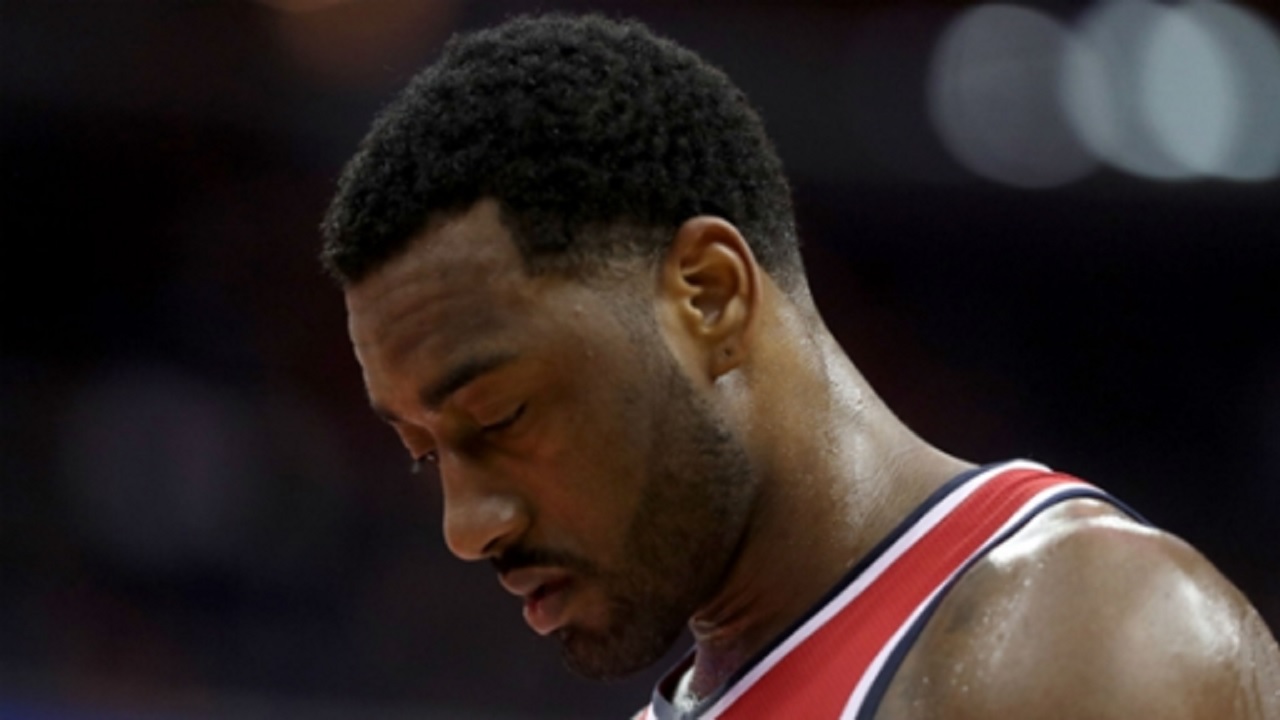 The Washington Wizards are in danger of dropping to eighth in the Eastern Conference after blowing a 17-point fourth-quarter lead in Thursday's 119-115 NBA loss to the Cleveland Cavaliers.

Washington led 104-87 with just under eight minutes remaining in the fourth quarter but coasted to the finish as LeBron James and the Cavs shot 73 per cent in the final period, including a 32-11 run to end the game in the shocking come-from-behind win.

The Wizards, losers of seven of their last nine games, are tied with the Milwaukee Bucks at 42-37 with three games remaining in the regular season.

John Wall led the Wizards with 28 points but missed a potential game-winner with 8.8 seconds remaining.

Wall, on the mend from left knee surgery, committed six turnovers in the loss. He has turned the ball over 14 times in the Wizards' past two games.

James led the Cavaliers with 33 points but also struggled to hold onto the ball and missed two free throws in the final minute of the game.

The Cavaliers, winners in 10 of their past 11 outings, travel to Philadelphia on Friday for a game with the Sixers that could decide who owns the third seed in the Eastern Conference. Cleveland boast a half-game lead and the tiebreaker.

Thirteen Utah Jazz players saw the court in a 117-95 win over the Los Angeles Clippers and seven scored in double-figures. Rookie of the Year candidate Donovan Mitchell led the way with 19 points to hurt the Clippers' already slim playoff chances.

The Golden State Warriors were swept by the Indiana Pacers in a 126-106 loss that head coach Steve Kerr called "embarrassing."

Golden State turned the ball over 16 times and left Pacers' Bojan Bogdanovic wide open beyond the arc where he knocked down six of seven shots en route to 28 points.

"I think just caring — caring in general — was the main problem," Kerr told reporters after the game. "Just trying, you know? Cutting hard, driving, maybe boxing out once in a while. Just in general, it's hard to win an NBA game if you don't put forth an effort at all.

ROCKETS SOAR THANKS TO CP3

Chris Paul scored 25 points including this last-second layup to give the Houston Rockets a 96-94 win over the Portland Trail Blazers.

The Philadelphia 76ers have won 12 games in succession but only two have come against teams above .500. The three seed is potentially on the line and whoever earns the third spot in the east likely faces a Kyrie Irving-less Boston Celtics in the second round of the playoffs.

NBA Round Up: Rockets win 11th straight thanks to Green