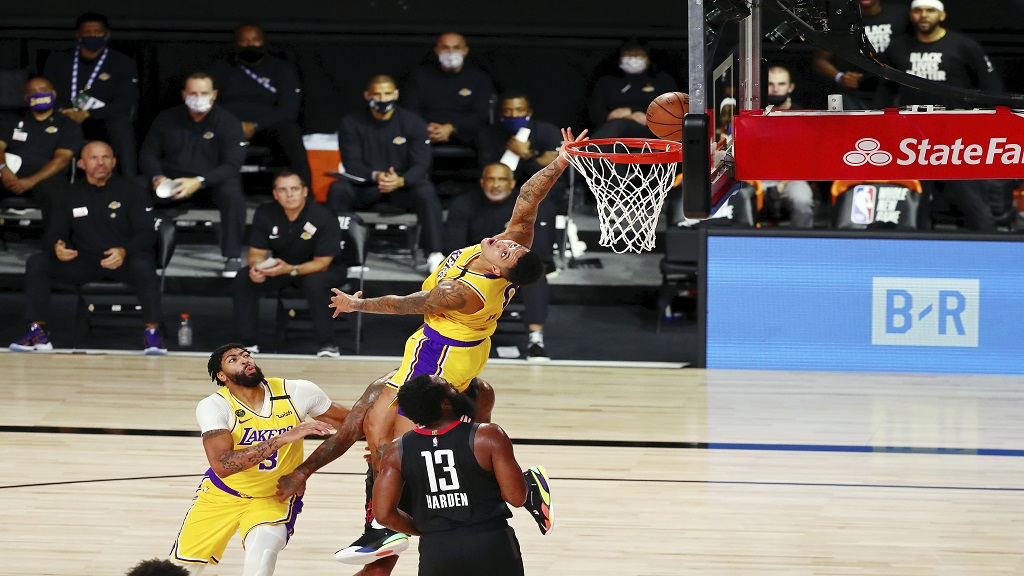 Without James (groin), the Lakers suffered a second straight loss, beaten by the Houston Rockets 113-97.

James Harden led the way for the Rockets with 39 points on 11-of-19 shooting, while the guard also had 12 assists and eight rebounds at the Walt Disney World Resort.

In James' absence, Anthony Davis had a double-double of 17 points and 12 rebounds for the Lakers.

Coming off back-to-back losses, the Milwaukee Bucks clinched the top seed in the Eastern Conference by beating the Miami Heat 130-116.

The Bucks recovered from a 23-point deficit to bounce back, with Antetokounmpo finishing with 33 points and 12 rebounds.

Kawhi Leonard had 29 points as the Los Angeles Clippers eased past the Dallas Mavericks 126-111.

Damian Lillard hit 11 three-pointers in a 45-point haul to lead the Portland Trail Blazers to a 125-115 win over the Denver Nuggets.

A career-high 35 points from Bogdan Bogdanovic guided the Sacramento Kings to a 140-125 success against the New Orleans Pelicans.

Quinn Cook was unable to make the most of his start for the Lakers. The guard went two-of-12 from the field for just six points in 29 minutes.