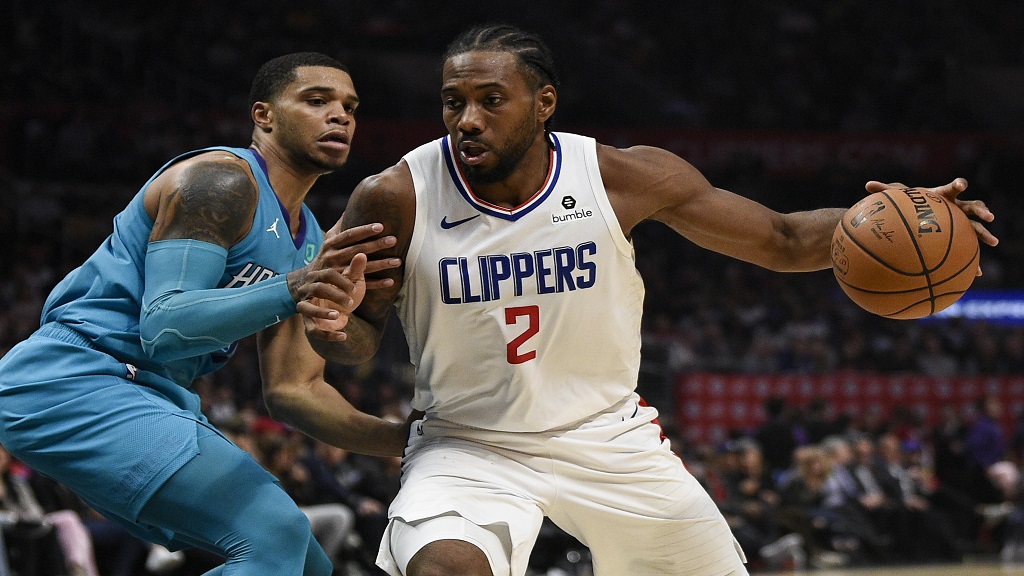 Kawhi Leonard is only four games into his tenure back home in Los Angeles, and Paul George is still several games away from his Clippers debut. Everybody is still getting to know each other on this reconfigured roster.

The Clippers have enough talent to keep stacking victories during this introductory process — particularly against teams like the Charlotte Hornets, who have even more work to do.

Leonard had 30 points, seven rebounds and six assists, and Lou Williams scored 23 points one day after his 33rd birthday in Los Angeles' 111-96 victory over Charlotte in the NBA on Monday night.

Montrezl Harrell scored eight of his 19 points in the fourth quarter, and Landry Shamet added 16 in the Clippers' third win in four games to start a season with championship aspirations.

After following up their impressive season-opening victories over the Lakers and the Warriors with a shocking 130-122 loss to the Phoenix Suns two days ago, the Clippers managed to play enough defense in the second half to secure a comfortable win over the young Hornets. Their last two performances have been nowhere near complete, but the Clippers are working through it.

"There's so many things that we can get better in," Clippers coach Doc Rivers said. "And you just see them, like screening, timing, knowing where each other is at. There's so many new parts on the floor, and I just feel like we're nowhere near what we're going to be. Not even close, and that's a good thing. But during that time, you've still got to win games. You're in the West. You've just still got to tick off wins."

The Clippers pulled away with a 16-5 run spanning the final two quarters, stretching their lead to 96-79 with 7 ½ minutes to play. Charlotte made an 11-2 surge, cutting the lead to single digits on Miles Bridges' 3-pointer with 4:16 left, but Harrell and Williams made big shots down the stretch.

Terry Rozier had 17 points to lead six Hornets scoring in double figures in the second game of a four-game trip. Devonte Graham had 14 points and 12 assists, while Cody Zeller added 14 points and 13 rebounds for Charlotte, which has lost three straight after a season-opening win over Chicago. 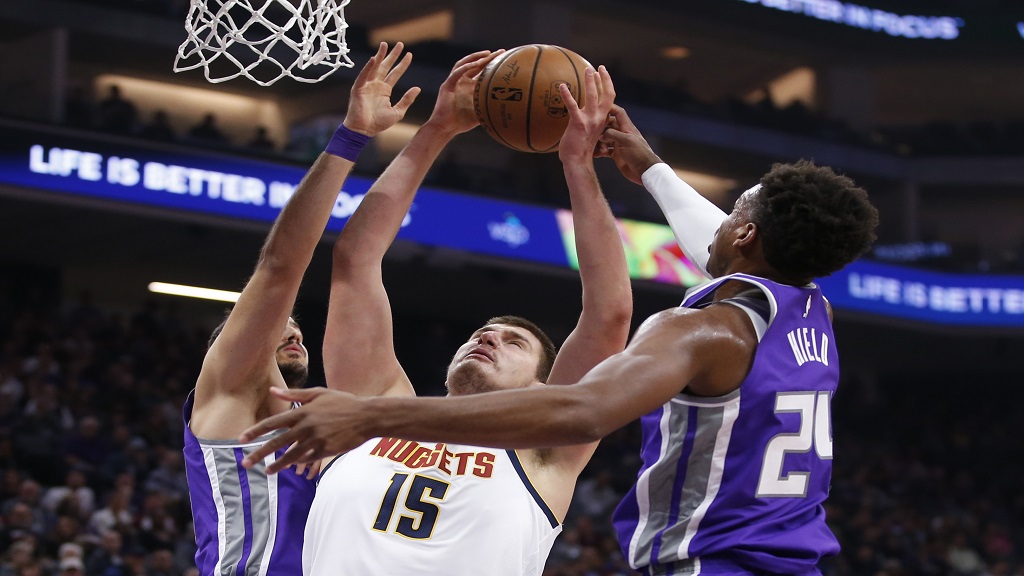 Meanwhile, Jamal Murray took the blame for another slow start by Denver's offense and quickly pointed out how well the Nuggets have been playing defensively.

"Our defense has been our anchor," Murray said. "It's been what's won us (games). Guys have to know we're a defensive team first. We can all score. We can all shoot. But defense is clearly how to win games."

Murray scored 14 points of his 18 points in the second half, including four in the final 31 seconds, Gary Harris added a pair of late free throws and the Nuggets held on after nearly blowing a big lead in the fourth quarter, beating the winless Sacramento Kings 101-94.

The Nuggets (3-0) shook off a sluggish first half when they shot 17 of 52, took control in the third quarter with a stifling defense that repeatedly forced Sacramento into contested shots from the perimeter, then held off a late rally by the Kings to remain unbeaten.

Harris scored 17 points as Denver won its fifth straight against Sacramento. Nikola Jokic had nine points on 4-for-15 shooting with 13 rebounds and Will Barton added 13 points and nine rebounds.

Young stars Luka Doncic and Kristaps Porzingis are off to hot starts for the Mavericks with averages of more than 26 points per game, while the Nuggets have six players in double figures, led by Nikola Jokic and Jamal Murray.