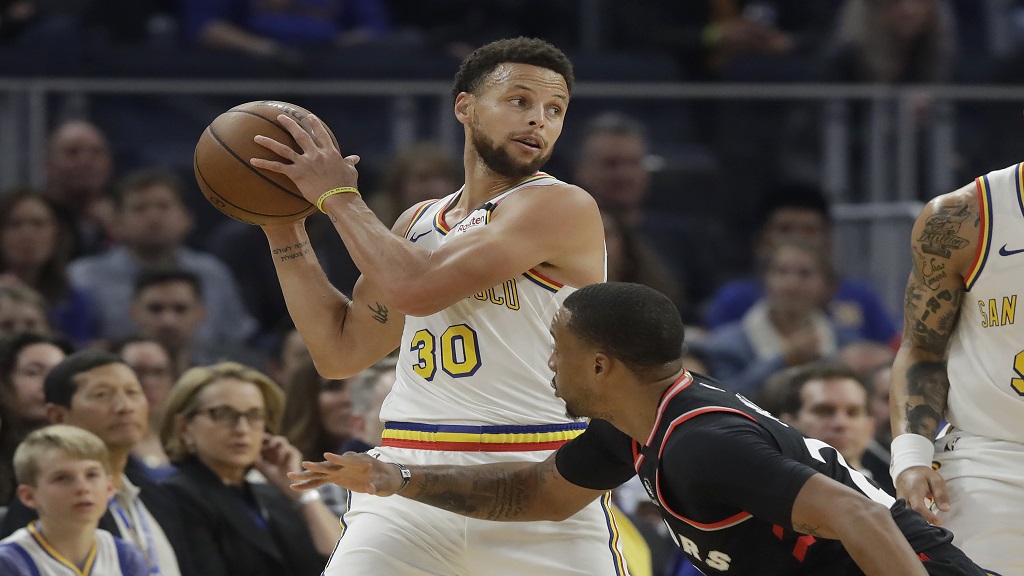 Stephen Curry returned from injury in the Golden State Warriors' loss to the Toronto Raptors, while Kawhi Leonard again led the Los Angeles Clippers on Thursday.

Curry played his first game since October, returning from a hand injury in the Warriors' 121-113 loss to the Raptors.

But the Warriors were beaten again in a rematch of last year's NBA Finals, which were also won by the Raptors, as Normal Powell poured in 37 points and Toronto clinched a playoff spot.

Leonard's 25 points helped the Clippers extend their winning streak to six by beating the Houston Rockets 120-105.

The Rockets went seven-of-42 from three-point range, with James Harden (16 points) missing all eight of his attempts.

Tobias Harris contributed a double-double of 28 points and 14 rebounds in the Philadelphia 76ers' 125-108 win over the Sacramento Kings.

Harden and Russell Westbrook (29 points and 15 rebounds) combined to go 15-of-44 from the field in Houston's loss.

The Staples Center plays host to a blockbuster on Friday. The Los Angeles Lakers (47-13) and Milwaukee Bucks (53-9) have the best records in the NBA heading into the clash.