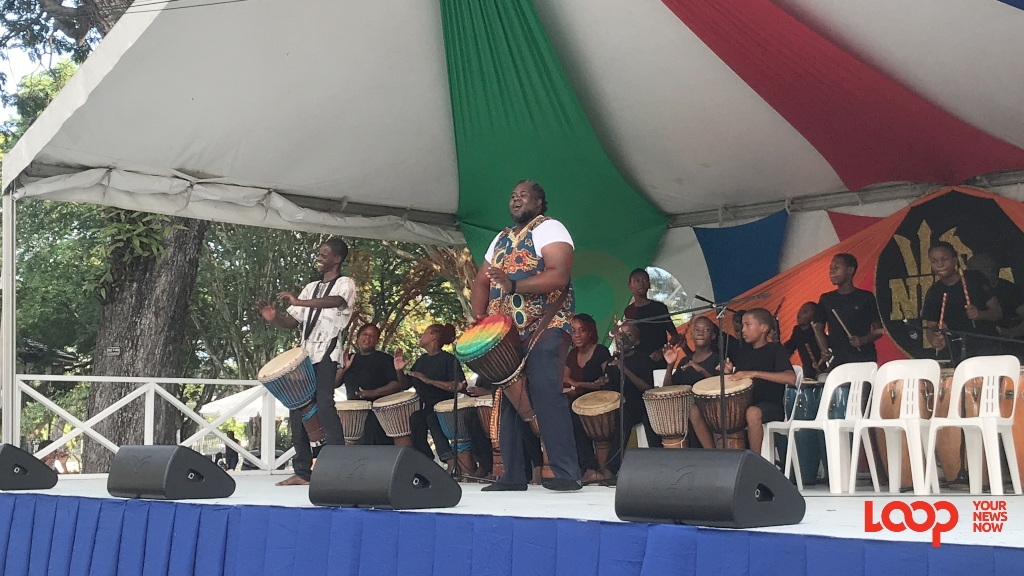 Israel Lovell Foundation drummers on stage at Art in the Park first edition.

Prize monies have increased, scholarships are on the rise and there are more opportunities for artistes, artists, performers and artisans to showcase their talents at the 2019 National Independence Festival of Creative Arts (NIFCA).

Before persons ask the question of where are the funds coming from to upgrade NIFCA and sweeten the incentive pot for participants, the Chief Executive Officer of the National Cultural Foundation (NCF) Carol Roberts-Reifer begged persons to consider the value of the improved offerings to the creatives in our community.

"It's all well and good to ask the cost of something and to hear that NIFCA is costing $800,000. That's alright. But against what background?"

In the Culinary Arts competition, she said that for the Best Pepper Sauce as an example, that winner will be able to go into the supermarket and buy ingredients at no cost to him or her to a certain value as part of their winnings.

Related article :NIFCA 2019 taking the Arts to the public with more venues, events

Then on the Visual Arts front, where artists may have suffered in the past because not many persons can afford to dish out $3,500 to purchase their work of art, now with the upgrades, "there is an opportunity for that winner to have the production of a number of prints. So we pay for a number of prints." And in that case, the artist can have as many as 1000 prints. "It's costing them nothing and then they can sell those prints and make money."

So before the naysayers come to ask, but where NCF and the government finding this money, she reiterated, "I would prefer to match the cost of NIFCA against the value of what that money will buy and the value of the prizes and the staging of NIFCA to the participants of NIFCA."

She was speaking to media on the sidelines of the launch of NIFCA at a new event under the theme Art in the Park, held in Queen's Park today, Saturday, October 12, 2019.

NIFCA to launch this weekend