NCF: Party in peace this Crop Over season 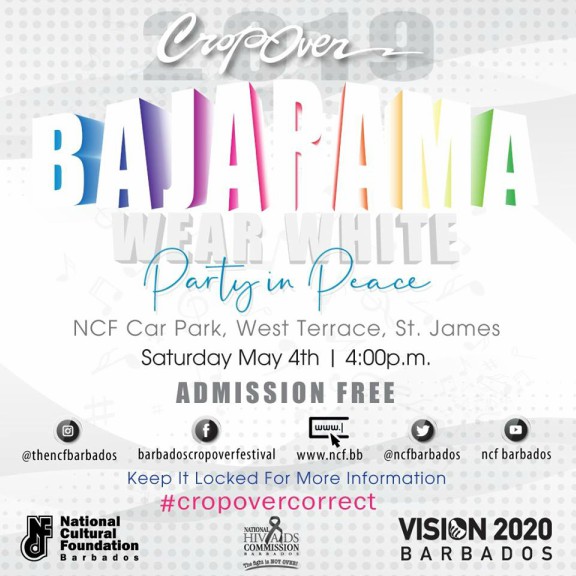 For Crop Over, patrons attending all events are being urged to 'Party In Peace'.

The plea from the Chief Executive Officer of the National Cultural Foundation, Carol Roberts Reifer comes as the island sees a spike in homicide and other violent incident involving firearms. She noted the initiative being undertaken was not a panic button response but based in reality.

“It is not only about the recent spate of shooting and violence but about this whole feeling that we just can’t reason with each other anymore . . . that the first response to everything is a violent response, even if it is verbal. That’s what it is about. It is saying look, this festival is too important to us and it is at a delicate stage where we have to nurture it . . . but broaden that, so that at the end of the day, we realise we are all one. We are all our brother’s keeper. We are all brothers and sisters, and, does it really have to come to [violence]."

The initiative will officially be launched on Saturday, May 4, in the Carpark of the NCF Headquarters in West Terrace, St James, as part of the inaugural BAJARAMA event, which unofficially kicks off this year’s Crop Over festival.

Roberts-Reifer, speaking to the significance of the initiative and the question of a secure Barbados and a secure festival, stressed this depended not only on the efforts of the Royal Barbados Police Force but all Barbadians.

“We as citizens of this country have a responsibility to ensure that, together, we promote the notion of a safe Barbados. Our influencers in the community at all levels have to be able to say whether they use standard English or whether they say ‘big man wha you doing’; that they get everyone onboard to ensure that the festival is produced in such a way, patrons feel safe going out and that they actually have a safe experience while at events. That is our responsibility."

The CEO said she has full confidence in the RBPF and she also urged ordinary Barbadians to play a part in the policing of each other.

"I mean not only patrons looking out for each other where you can tell a fella you know you doing foolishness, let's calm down."

Roberts Reifer also called on the artistes to promote positive messages in their lyrics.

". . . also the artiste in particular, who are the largest influencers in terms of their performances on stage, the kinds of songs that they produce, the kinds of messages that they send on the social media pages, we all have to do it together,” she stressed.