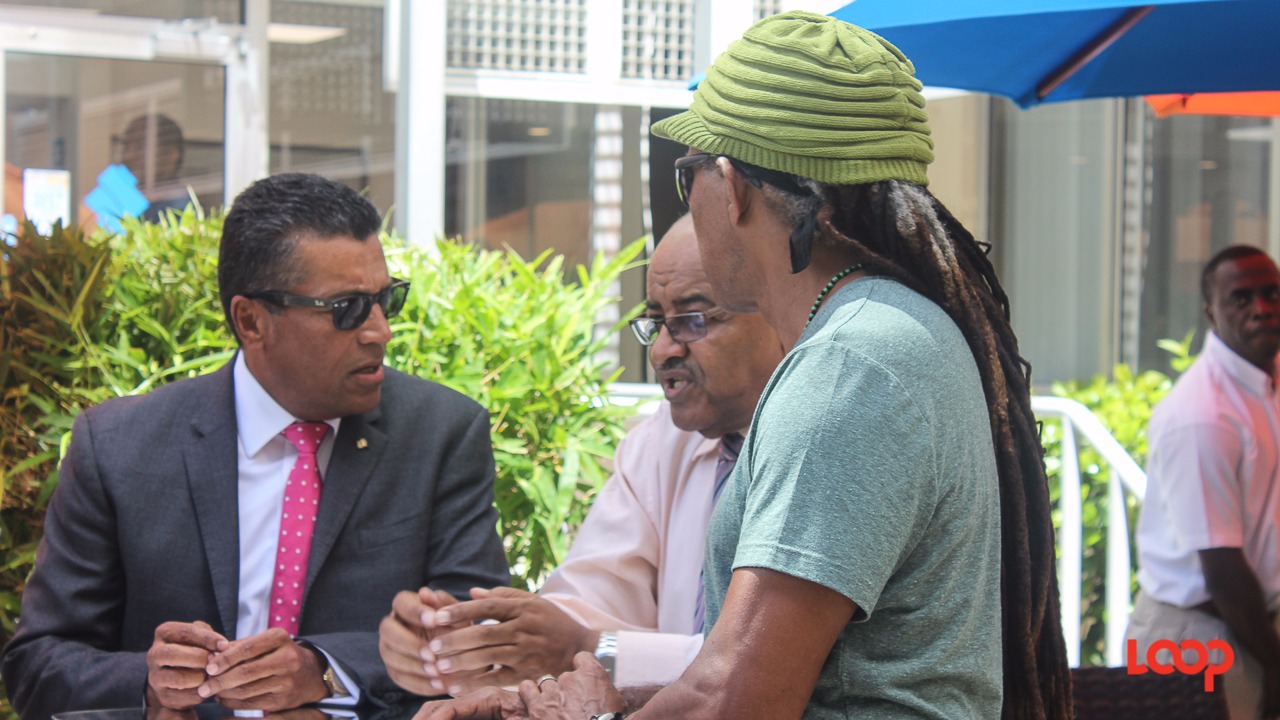 (center) CEO of the NCF Cranston Browne chatting with (left) Managing Director and CEO of Republic Bank Ian De Souza and (right) the producer of Grand Kadooment Adisa 'Aja' Andwele at the launch of the Republic Grand Kadooment.

Introducing one Soca Royale competition to replace the Sweet Soca and Party Monarch competitions is a move that is on the table as the National Cultural Foundation looks at the way forward.

The 2018 sweetest summer festival has the potential to look significantly different if some of the changes being proposed and suggested are implemented. This news comes after talks of possibly making the Republic Bank Grand Kadooment two days or two routes or a bit of both.

Revealing the idea of one Soca Royale competition to Loop News was the CEO of the National Cultural Foundation (NCF), Cranston Browne.

“The festival is dynamic. Culture evolves. We are not too worried. We are even thinking about doing one competition. This is something that we want to put to the stakeholders, that next year we look at one competition; no difference between party monarch and sweet soca.”

Further making a case for one competition to replace the two existing competitions, he argued:

Browne was responding to the question of if the quality of the party monarch tunes has been dropping in recent years.

He confessed that in fact the number of submissions vying for the party monarch crown has dipped yearly.

He said that the situation in the local soca arena “has flipped”. He said he remembers when “a slow song could not win at the Party Monarch and now it has changed with people going for groovier,” so it has peaks and valleys. Over “the last two or three years,” he contended that the trend has been fewer entries for the Party Monarch than for Sweet Soca.

When asked where the idea for dissolving the two competitions to give rise to one Soca Royale competition came from, he highlighted Trinidad’s move to adopt such a format, but added:

“I think the artistes themselves, they have been saying to us that we should do one competition because as I said, the only difference is the beats per minute but a song is a song; music is music.”

In terms of helping to raise the bar once more in party monarch songs, he said that the NCF continues to teach the basics of songwriting and arranging through workshops according to the demand.

More time on the road for Foreday Morning Jam