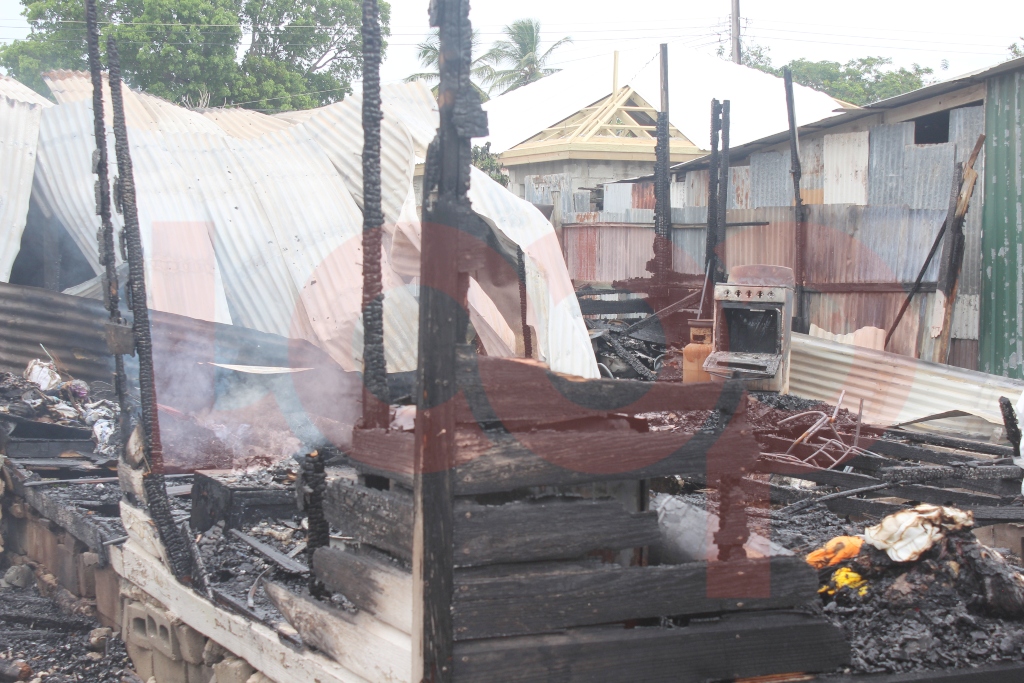 For almost ten minutes, residents in Alleyne Land attempted to break down the door of a burning home in an attempt to save an elderly mother and her son.

Try as they might, they were unable to enter the house and the occupants, 82-year-old Barbara Ira Forde and her 52-year-old son Carlton Forde, perished in the flames.

One of the brave Samaritans, Francis Joseph, told LOOP NEWS when neighbours raised the alarm that the Forde-house was on fire, a group of men quickly rallied to bring the two out. 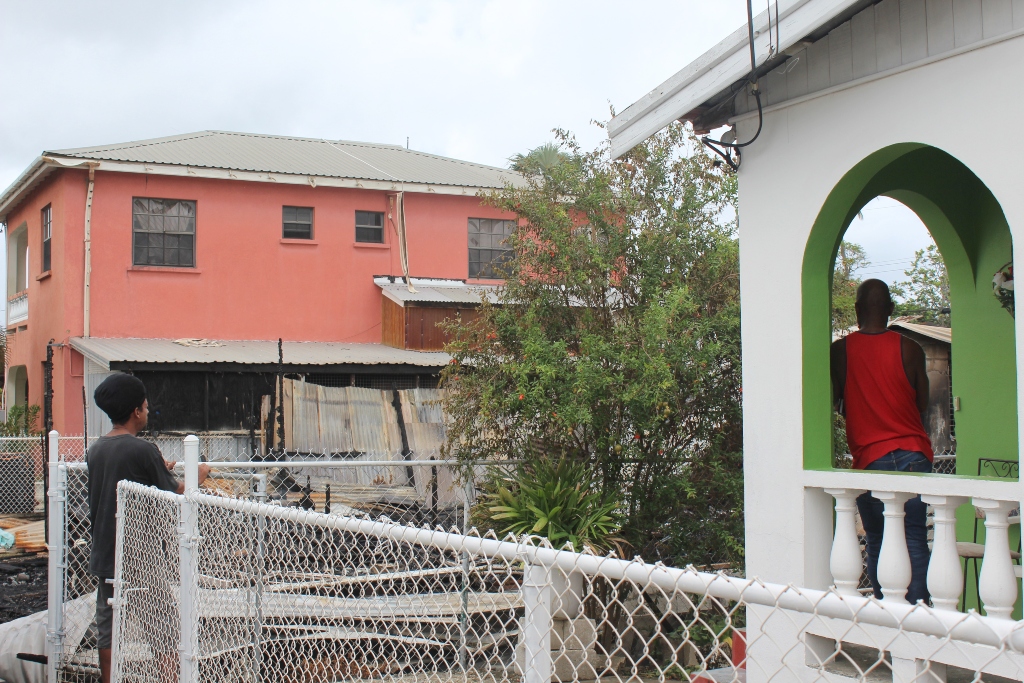 {Photo above: Francis Joseph (left) and Gregory Blenman (right) look on at the aftermath of last night's fire}

“We try to kick off the door and get in to save them but the door wasn’t getting kick off. We try to lick [sic] off the lock but the fire start to take off so fast that we couldn’t do nothing more. We even try to save the van but that wasn’t no help.”

He said the screams of the mother and son eventually died down as the fire engulfed the entire three-bedroom property.

Neighbour, Gregory Blenman, counted himself as “lucky” as his home sustained minor damage from the blaze.

“I rush out in the yard for the hose as the guys were trying to make their way into the house but the fire got so intense that you couldn’t do anything."

Residents told LOOP NEWS that Carlton, nickname ‘Cali’, was in the habit of bolting the front door of the residence to prevent his mother, who suffers with dementia, from walking away from home as she had done in the past.

The elderly mother was described as a “quiet, Christian woman” who, in her younger days, was an active member of the church choir. She was a mother of six with Carlton, a taxi driver, acting as her primary caretaker.