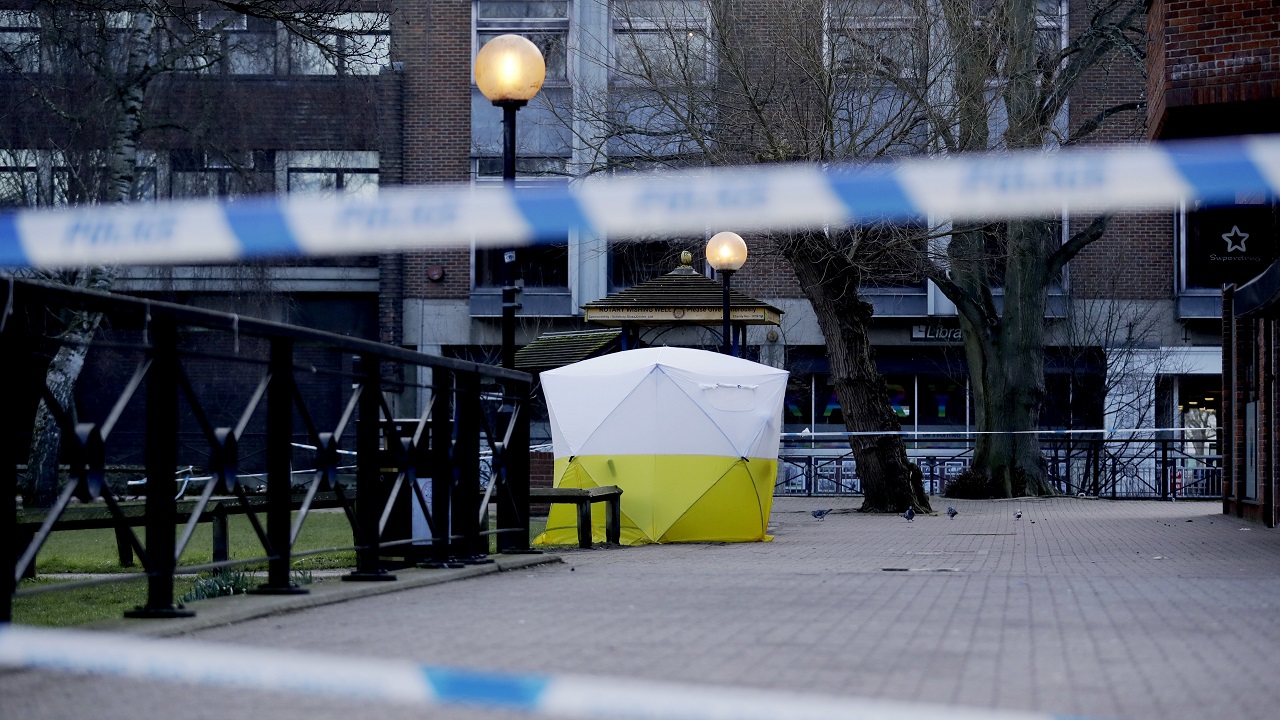 A Russian ex-spy and his daughter fighting for their lives in an English hospital were attacked with a nerve agent in a targeted murder attempt, British police said on Wednesday.

Sergei Skripal, 66, and his 33-year-old daughter Yulia were found unconscious on a bench in the southwest England city of Salisbury on Sunday, triggering a police investigation led by counterterrorism detectives. Baffled police initially said the pair had come into contact with an unknown substance.

"Having established that a nerve agent is the cause of the symptoms leading us to treat this as attempted murder, I can also confirm that we believe that the two people who became unwell were targeted specifically," Metropolitan Police counterterrorism chief Mark Rowley said.

Rowley said a police officer who treated the pair at the scene was in serious condition.

Rowley didn't say what nerve agent was suspected in the attack on Skripal, a former Russian agent who served jail time in his homeland for spying for Britain.

Sally Davies, the chief medical officer for England, said there was a low risk to the public.

Police and forensics officers continued to scour several sites in and around the cathedral city on Wednesday, three days after the attack.

Police kept residents away from an Italian restaurant and a pub in the city, and cordoned off part of a business park about nine miles (14 km) away near the ancient stone monument of Stonehenge. Detectives appealed for information from anyone who visited either the Zizzi restaurant or the Bishop's Mill pub in Salisbury on Sunday.

Home Secretary Amber Rudd chaired a meeting of the government's emergency committee, known as Cobra, to discuss the investigation, which is now in the hands of counterterrorism police.

"We need to keep a cool head and make sure we collect all the evidence we can," Rudd said. "And then we need to decide what action to take."

Moscow accused Britain of using the case to fuel an "anti-Russian campaign" and further strain ties with Britain.

Skripal, a former colonel in Russia's GRU military intelligence service, was convicted in 2006 of spying for Britain and imprisoned. He was freed in 2010 as part of a widely publicised spy swap in which the US agreed to hand over 10 members of a Russian sleeper cell found operating in America in return for four Russians convicted of spying for the West.

Foreign Secretary Boris Johnson told lawmakers on Tuesday that if Moscow is shown to have been involved in the Skripal case, the government would act - possibly downgrading England's participation in this year's soccer World Cup in Russia.

While police say they are keeping an open mind about the case, it has reminded Britain of the 2006 poisoning of former spy Alexander Litvinenko.

A British inquiry into his death found that Russian agents poisoned him by lacing his tea with radioactive polonium-210 and that the killing was probably approved by President Vladimir Putin. Russia has denied any involvement in Litvinenko's death, and this week said it wasn't involved in Skripal's collapse.