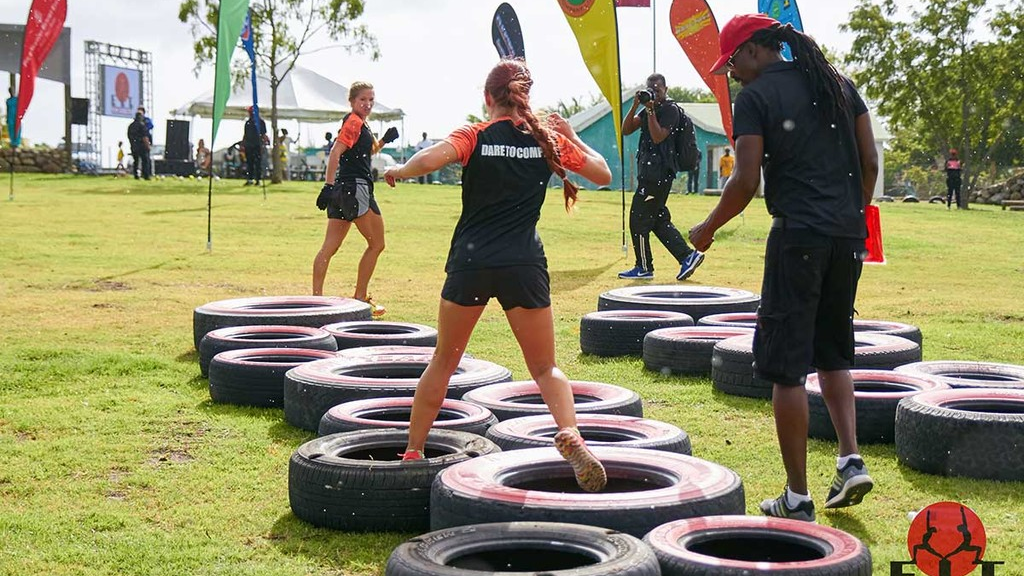 Participants taking part in the FIT Games, one of the events to get people of Nevis fit and healthy. Photo from FitNevis

The people of Nevis are being encouraged to take charge of their health with a National Weightloss campaign.

The campaign is the brainchild of businessman David Walwyn, who lived in the United States before returning to Nevis 15 years ago.

He told Loop that he was moved to initiate the campaign in order to arrest the rise of non-communicable diseases that are plaguing Nevis and the Caribbean.

“Non-communicable diseases have become a huge issue, it is becoming a health epidemic. Eighty-five percent of hospitalisations and deaths are attributed to non-communicable diseases and the numbers continue to rise, I lived in the US for a long time, came back 15 years ago. I opened a gym and opened the first outdoor obstacle park here and based on what I have seen since opening the gym and the fluctuations in the health of the community, I identified two reasons for the rise: inactivity and poor nutrition,” he said.

Walwyn, who did a course in fitness and nutrition 15 years ago, said in addition to poor nutrition,  what he discovered is that most people are not educated about eating habits and don’t know how to read labels, for example.

He said people also need to be educated to the fact that they have to get healthy in order to lose weight. He said many times people cannot lose weight due to health problems such as a hormone dysfunction.

“The programme I am doing is comprehensive, everyone does a health screen and 99 percent of the time something will be identified that has to be corrected first. Correcting that issue in conjunction with an exercise programme is the approach,” he said.

The National Weightloss Campaign is being executed in collaboration with the Ministry of Health in Nevis.

Walwyn explained that it is a full comprehensive campaign and a website, FitNevis, has been designed to support those who sign up for the programme. A team of health experts, nutritionists and lawyers have been assembled to provide support and the site includes meal plans and tips.

The programme, which will be free to all, is currently in a marketing phase before it is officially launched at a date to be determined.

Government Ministers have also joined the challenge and are working out four days a week.

Walwyn said they should not be talking about the country’s health problems if they aren’t prepared to do anything about it.

“You have a lot of these Ministers talking about their health and it is affecting our economy and GDP but most of these are the fattest and biggest of us. You can’t get on a platform and talk about what needs to happen and you yourself choose not to do anything about it. No minister in the Health Ministry should be talking about health if they are not prepared to lead by example. That is impacting because if you have your leaders saying let’s do this together that has great influence,” he said.

Walwyn said he wants the programme to be replicated throughout the Caribbean and is encouraging everyone outside of Nevis to join the programme via the website. The prize money is only available to Nevisians though.

Five fitness channels on YouTube you should check out