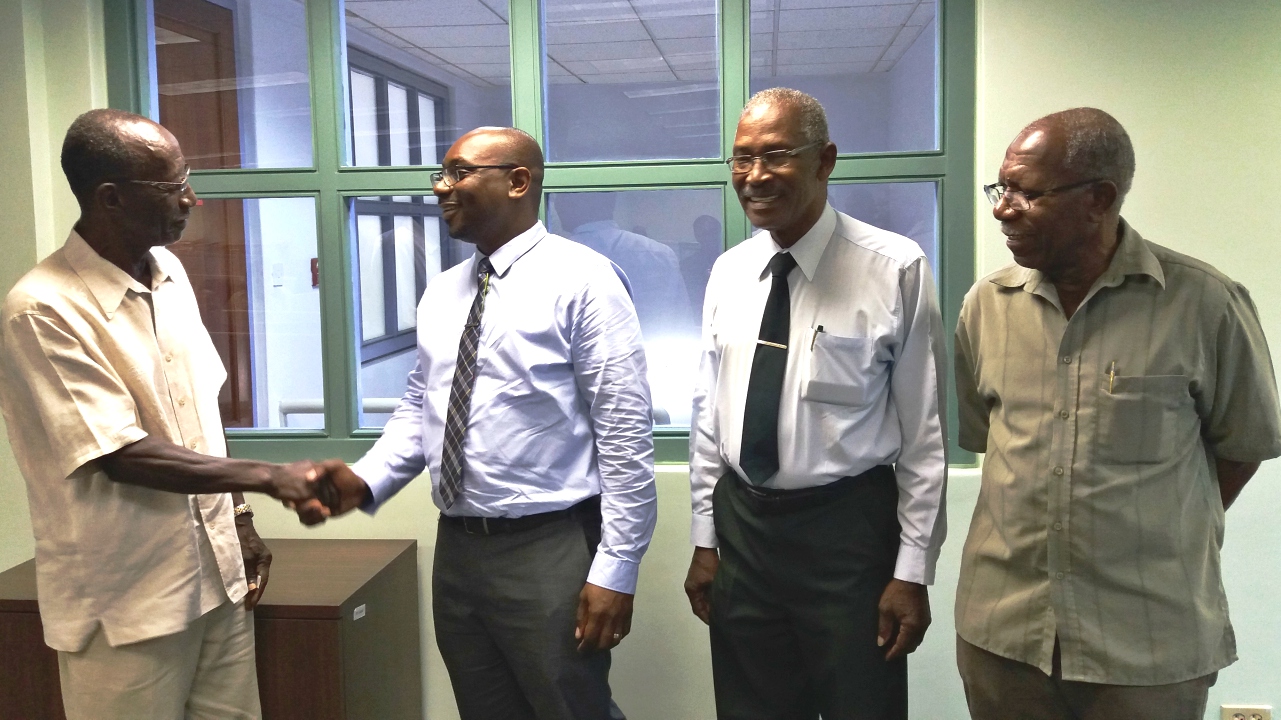 He is Kester Guy, who has been acting in the post since January 2017.

Chairman of FSC, Sir Frank Alleyne, made the official announcement to staff on Tuesday morning indicating that Guy had been fully endorsed by the commissioners as “the right person to take FSC forward”.

Sir Frank explained to the over 50 staff members who gathered to welcome their new CEO, that the process of selection was very extensive.

“We hold the view that the most important decision the Board will make in relation to staff is the choice of CEO. We used the most modern methods available to us and after careful scrutiny, made a recommendation that has now been confirmed by Cabinet,” said Sir Frank.

Guy, who moves from his substantive post of Deputy CEO, Supervision & Regulation, is the second Board-appointed CEO at FSC. The role was previously held by Randy Graham from June 2014 to December 31, 2016.

In a release this afternoon announcing Guy's appointment, the FSC said, "He is a career regulator and economist with an extensive background in research and quantitative analysis."