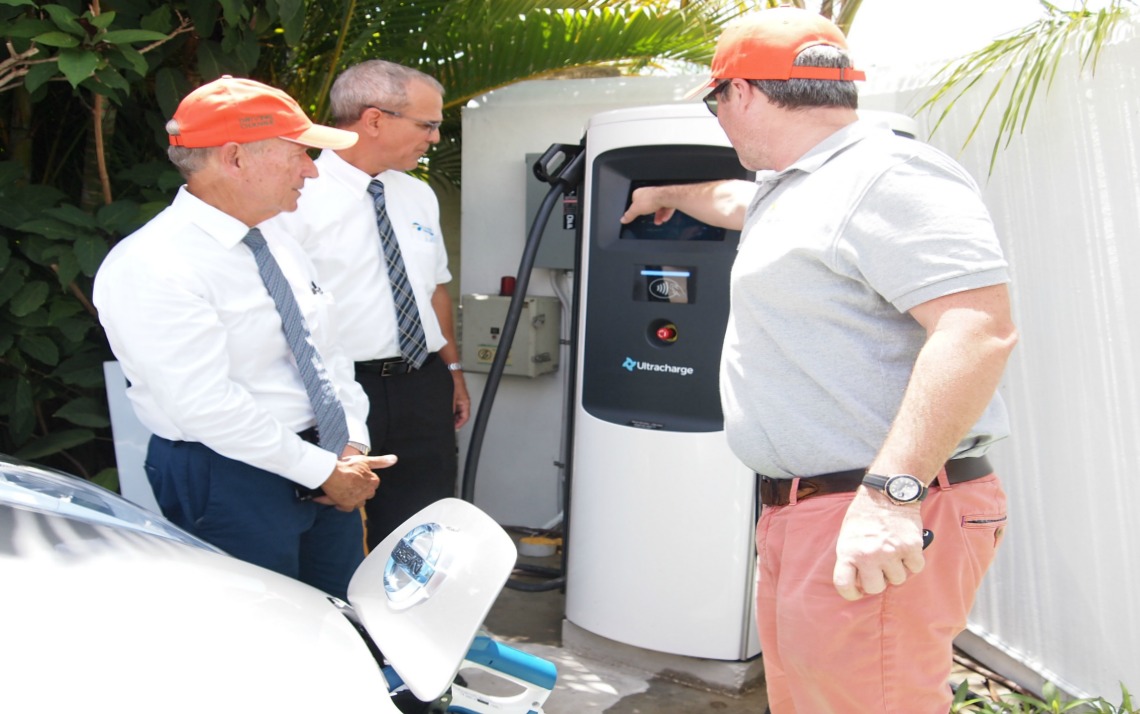 Owners of electric vehicles and those considering the switch can now traverse the island without worrying about recharging ports, following the installation of a new ultra-charger.

The island’s lone importer of electric vehicles, Megapower, unveiled the new charger at Limegrove Lifestyle Center in Holetown where they also conducted demonstrations with leading industry players. The company has a total of 42 public charging points with the ultra charger being the first of three to be installed across the country.

Peter Williams, Managing Director of Emera he expects more Barbadians will be buying into electric vehicle technology with the installation of the ultra charger as he noted, charging ports in Barbados have been somewhat limited.

Williams said since the launch of the ten megawatt solar farm by the Barbados Light & Power (BL&P) there has been a significant uptake in the use of solar energy in homes and businesses.

He also said as electric vehicles become more popular it will be easier to transition from the use of fossil fuels to renewable energy.

“As we move to try to make Barbados more sustainable, we cannot do it based on our old habits and old practices. What we realize is that besides electricity production, the transport sector is the biggest user of consumption of fossil fuels, either in dollars or in volume.

"So if we were to transform the whole electric market in terms of our homes, our usage and our businesses we are still left with roughly fifty percent of our import bill that is going to be used in supporting our traditional cars. That is money that we can spend elsewhere."

Megapower is in the process of installing a 500-kilowatt photovoltaic system as a means to generate more renewable energy to offset the electricity consumed by vehicles in the country.

Electric vehicle customers can choose from a variety of pre and post paid public charging plans based on time spent plugged in and can charge up to eighty percent in twenty minutes. Megapower will be launching a second ultra charger in The Walk in Welches, St. Thomas by the end of summer 2017.