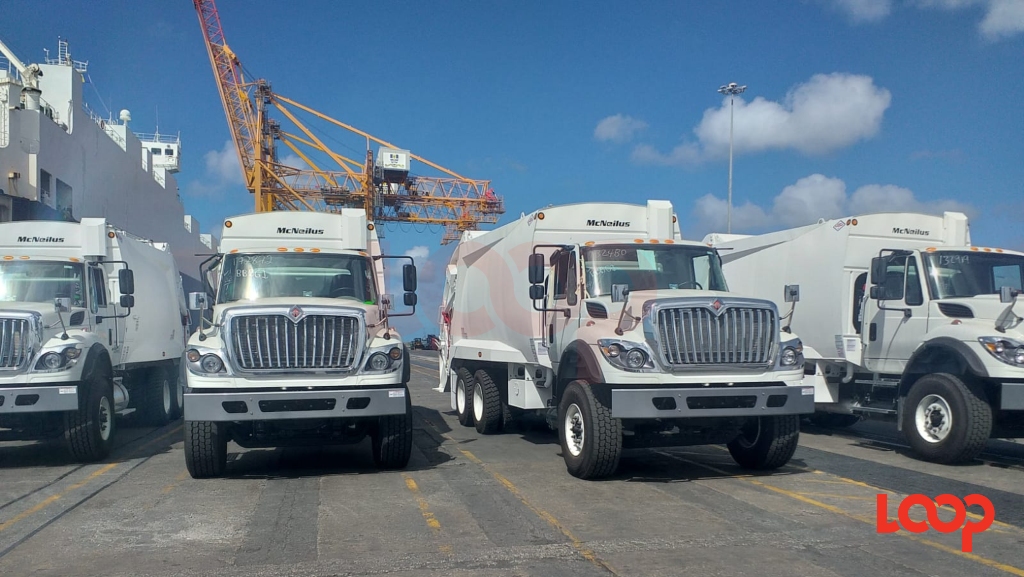 Here are four of the 10 Navistar trucks mounted with Macneilus compactors arrived early this morning.

Barbadians will receive some relief this Christmas season when it comes to garbage collection, with the arrival of a fleet of 10 brand new garbage trucks to the island.

The trucks were met by Minister of the Environment Trevor Prescod as well as Chairman of the Sanitation Service Authority (SSA), Senator Rudy Grant followed closely by members of the media at the Barbados Port Authority on, Saturday, December 21, 2019.

Minister Prescod spoke to how the addition of these new trucks would alleviate some of the sanitation problems plaguing Barbadians during the Christmas period and thanked Barbadians for being patient in the face of the challenges faced with garbage pick-up.

"I want to thank the Barbadian public who understood exactly what we were facing...These units are about $400,000 each and we are expecting them to be on the road by Monday morning."

Minister Prescod also went on to remark on how the arrival of the trucks aligned with the plans laid out for the islandwide cleanup going into 2020 to prepare for the We Gatherin' celebrations.

The 10 Navistar trucks mounted with Macneilus compactors arrived early this morning and were offloaded one by one this afternoon. 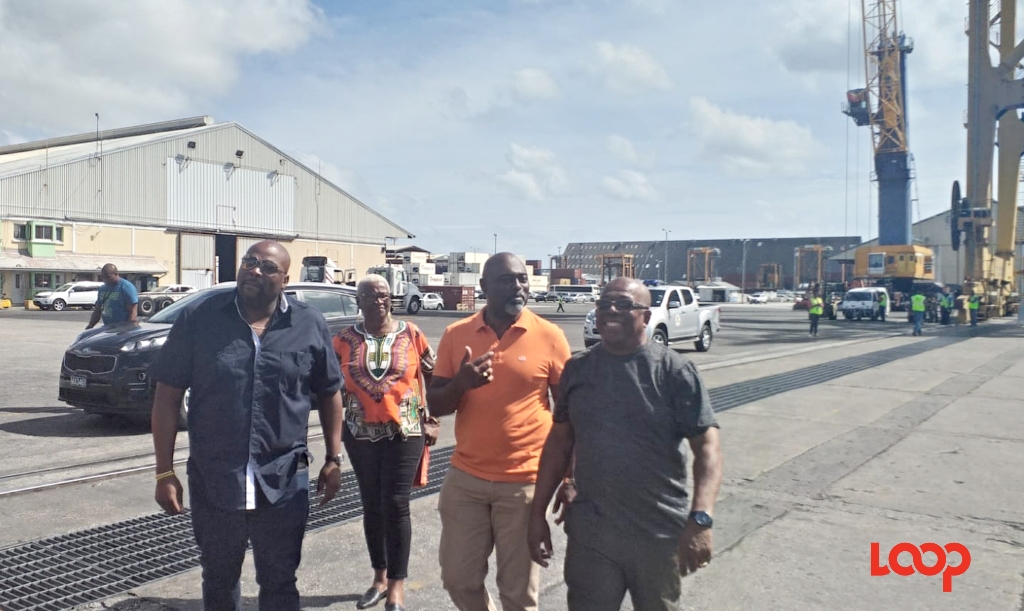 Senator Grant went on to say he was pleased with the arrival of the trucks and remarked on some of the previous issues faced.

"One of the major challenges we faced when we took over the SSA, we didn't have many trucks in operation, usually starting with about 12 on any given day and many of those trucks were very old. So we had a lot of breakdowns. There were issues in relation to the structure, mechanical as well as electrical issues...We are very happy today that we have these 10 trucks here."

The Senator also expanded on the details of the trucks, explaining:

"There are two trucks that were delivered yesterday; those trucks are from an order of 12 additional trucks. So there is still another 10 trucks that are coming. So our expectation is that very early in the new year we will be up then to 29 new trucks and we will have in excess of 40 garbage trucks on the road."

Previously, Senator Grant had stated that the administration had ordered 12 "purpose-built" trucks to address the garbage collection problems plaguing the country, but these took seven to nine months to make. The Chairman said the chassis were built in Japan and the bodies in Iowa in the United States.

And he also hoped at the time, that the new trucks would help to augment the aging fleet of trucks ranging from 14 to 19 years.

Reiterating that the new addition of vehicles will bring the number of garbage trucks up to 40-plus vehicles, Minister Prescod said that the optimum number of trucks necessary for the country to operate is "35".

Barbadians calling on SSA for relief