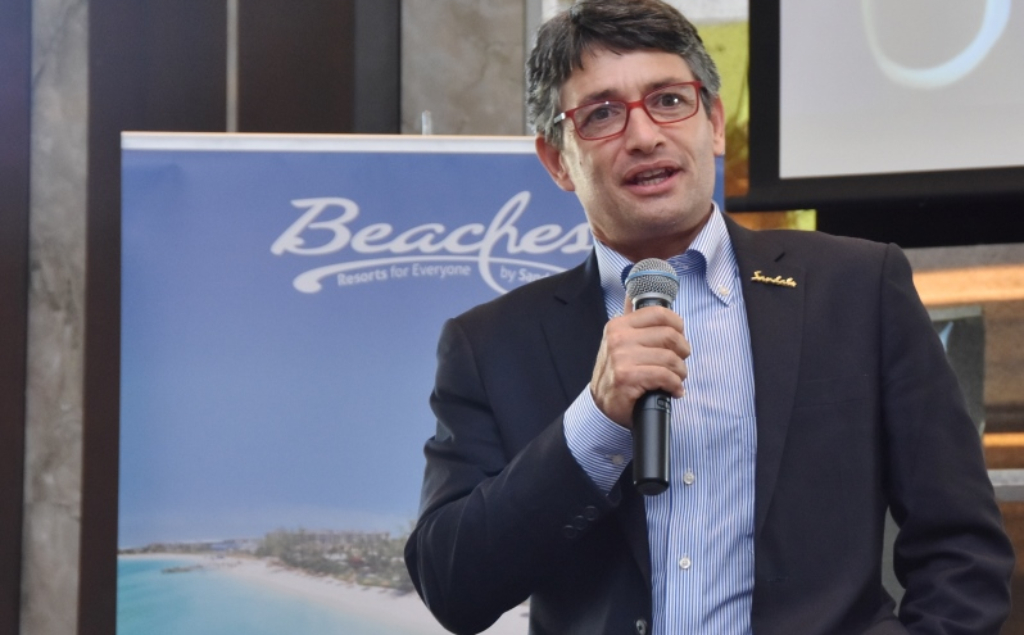 Sandals Barbados and Sandals Royal Barbados welcome Ramel Sobrino to his new role within the brand, as its newest General Manager.

“Sandals is proud to support the efforts of the existing hotel community in Barbados, and can assure all stakeholders that we will work tirelessly on all fronts to see that Barbados succeeds in all its efforts to bring the world to its shores.”

Sobrino, who recently celebrated his 30th anniversary in the industry, boasts an extensive background with experience in a number of key hospitality areas including serving as General Manager for Beaches Ocho Rios and Sandals Ochi Beach Resort in Jamaica and Sandals Royal Hicacos Resort & Spa, in Varadaro, Cuba.

“It is an honour to be here in Barbados and oversee the newest hotel in the Sandals Luxury Included chain. My task is ensuring that our guest expectations are exceeded, as well as making sure that the world knows about it,” added Sobrino, who is known for his artistic eye for detail and ability to improve on existing standards but lists Sales, Marketing as well as Food and Beverage as his section of the hotel operations.

He added, “I have already seen much of this beautiful island and know of its reputation in the travel industry as a destination to which many want to visit. Sandals, I believe, can only enhance what is already here and make Barbados one of the strongest leading destinations in the Caribbean.”

Sandals has so far invested over US$370 million in the four years it has operated in Barbados, and now has its sights set on breaking ground early next year on the US$400 million dollar Beaches family resort in Heywoods. The resort will add 532 keys including several stunning two, three and four bedrooms suites, offering the greatest comfort for families, and essentially adding over 600 additional high-end rooms to the island’s room stock.

The new Beaches resort will position Barbados as one of the world’s most sought after destinations for family vacations, with amazing inclusions such as a spectacular water park boasting a six-foot surf simulator and water slides. There will be zip-lines, an eight-lane bowling alley, an 80-seat movie theatre and a train that runs throughout the entire resort. There will be nightclubs for teens and adults as well as basketball and tennis courts.

The new resort will hold 1850 persons to capacity, which will have a significant impact on airlift and flights into Barbados from North America, Europe and South America, and will provide additional employment for over 1,000 highly trained Barbadians.