Skip to main content
Breaking News |
PM Browne: We can fix it! If LIAT is reorganised it can be saved
Man pronounced dead at Baywoods scene
Minister reaches 'gentlemen's agreement' with dumpers as a warning
1st Test: England crawl to 54-run lead vs West Indies at tea
T&T Update: 12 more samples sent for COVID-19 testing
PM Rowley proposes community conversations on statue removals in T&T
PM: CPL to foot the bill for T&T quarantine
VIDEO: 33 Electric buses with Wi-Fi, accessible for the disabled
Victoria’s Secret rolls out the red carpet for first T&T outlet
Will pushes Jada to admit what she had with August was a relationship

NEW MUSIC: Simon Pipe wants to leave a mark on Crop Over 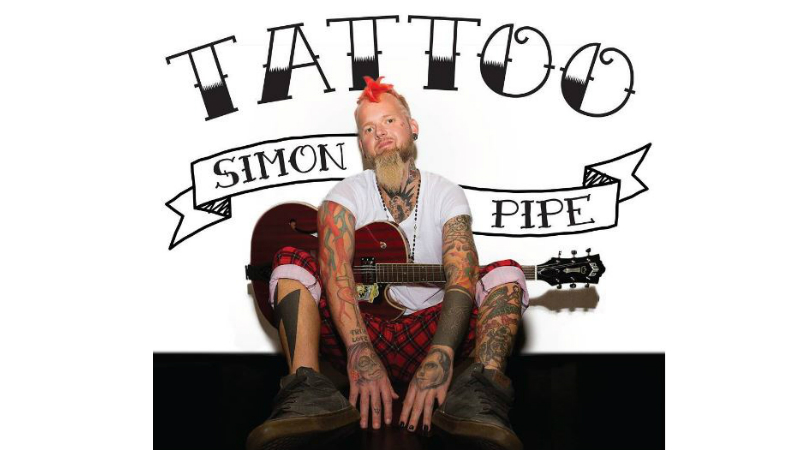 Simon Pipe, best known as a pop/alternative artist, has entered the arena for the Crop Over season 2017 with his new music release, “Tattoo”, a title befitting the singer’s inked looks.

Pipe says of the song, “I wanted to release a song that was authentic to me and still let me incorporate the guitar.”

He penned “Tattoo” under the watchful scrutiny of calypso living legend Red Plastic Bag. The music was also produced as a soca-house hybrid between Senegalese/French House producer Raeve and Pipe himself.

Though he may seem new to soca, you’ve already heard his guitars on hits like “Squat” by Stiffy, “Soca People” from Konshens and Busy Signal, “Carnival Child” from Lead Pipe and Saddis, and multiple heavy-hitting collabs with Platta Studio producer Romel Ward including last year’s Jackie Opel Riddim.

Pipe also produced Stiffy’s “Can’t Find She” for 2016, and is cooking some fiery upcoming releases for fellow artists that are soon to be released.