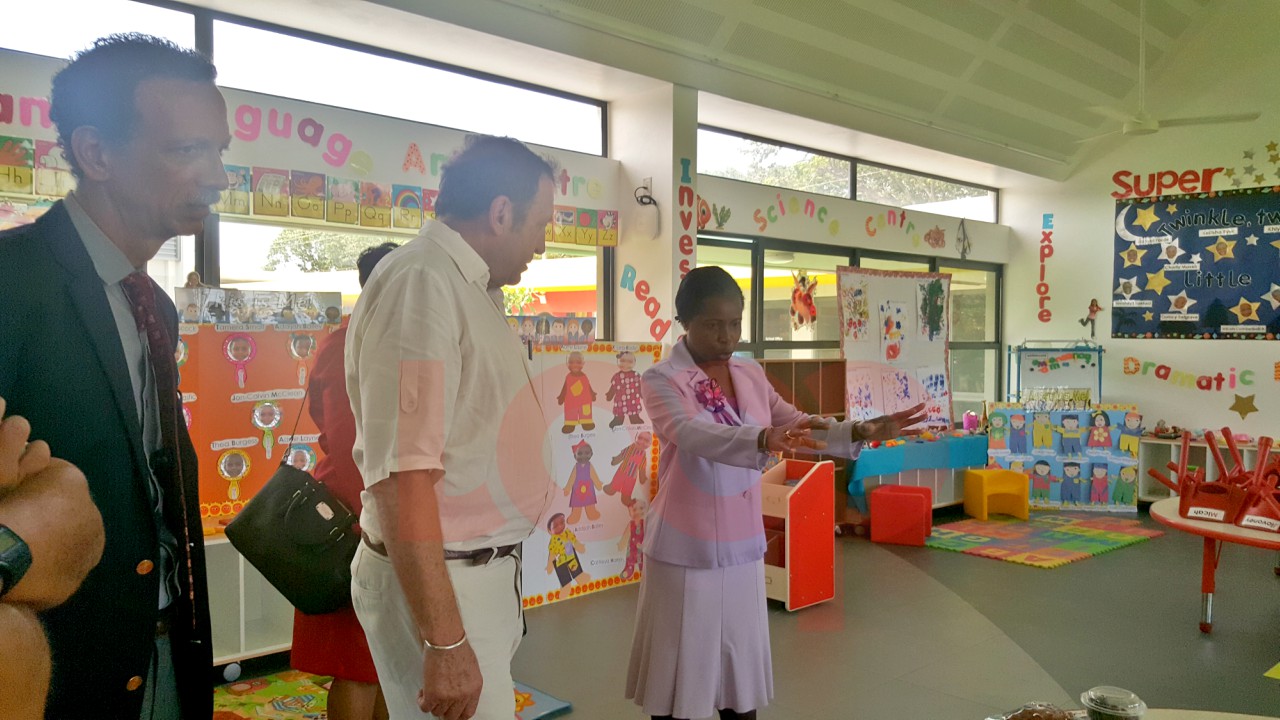 Principal Sharon Knight (right) was taking to Maria Holder Trust Trustee Michael Russell (middle) and other education officials when they conducted a tour of the nursery school.

Principal and staff at the officially opened Maria Holder Nursery School – Oldbury, are worried about the fact that outside the school’s gates there is no pedestrian crossing nor crossing guard.

“Since this is a nursery school it would be vital that we have a crossing guard as well as the pedestrian crossing as it is a busy area, especially when school is in session.”

Another teacher said that the crossing is more necessary now because with the school officially opened today, Wednesday, October 18, 2017, more and more snack and drink vendors are flocking to the environs of the school and “students are crossing back and forth more frequently on mornings and evenings now”. The vendors are setting up across from the school in what is familiarly known as 'The Woods'.

This year two school children were listed amongst the island's road fatalities and on both occasions they were pedestrians making their way across the road on two separate occasions. In Oldbury, there are numerous buses from various routes setting down students for the nursery school. 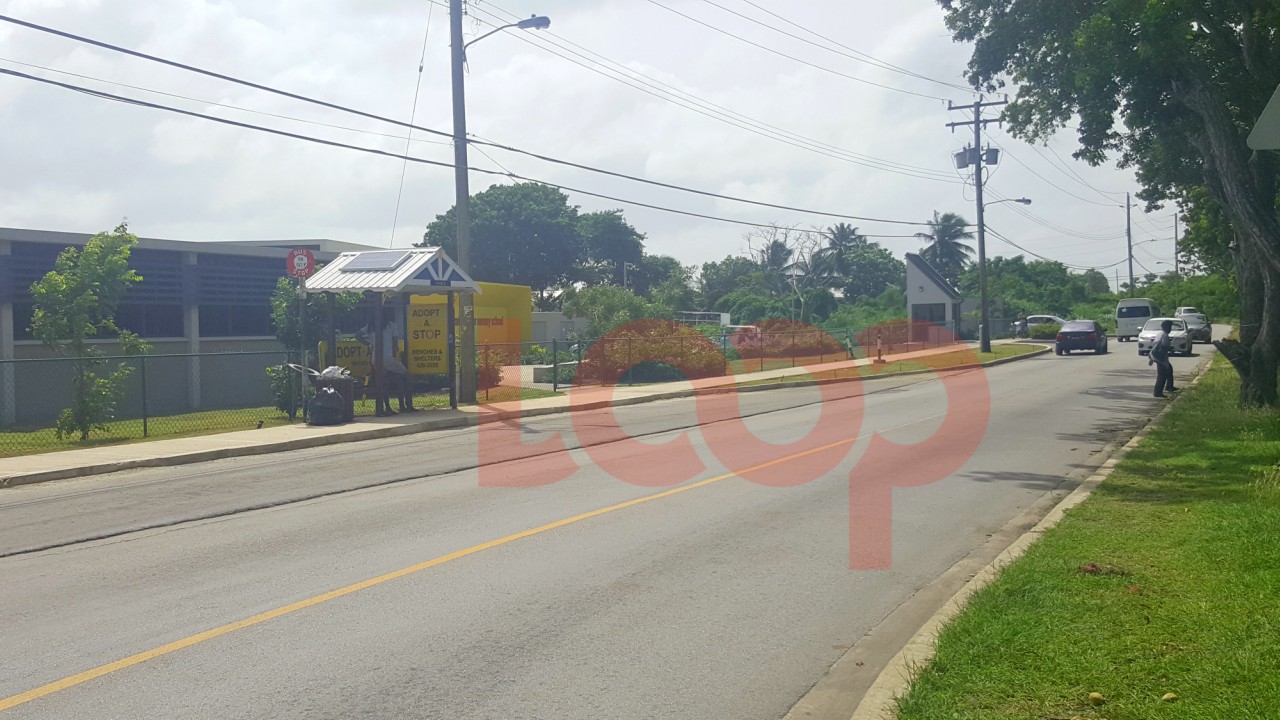 Looking along the roadway, the principal added a call to the Ministry of Transport and Works to not only see to the crossing but to consider extending the sidewalk and curb around the blind corner below the school.

She issued a clarion call to the Minister of Environment as well to actively ensure that debushing around the school is done on a consistent basis as a precaution.

“I have noticed this and I want to say that in today’s society now, safety is a priority and I agree that the Ministry, those involved in doing the road works should look into it and in terms of making sure that the area is clear of the bush.”

She was advocating for debushing to ensure that the overgrowth does not become a haven for rodents and vectors, nor for thieves to lie in waiting to attack parents and guardians while making their way to and from the school with their children or charges.

At the opening ceremony this morning were the Minister of Education, Science, Technology and Innovation, Ronald Jones, the Chief Education Officer Karen Best, the Deputy Chief Education Officer Joy Adamson, other members of the education ministry, members of the Board of Trustees for the Maria Holder Trust including Trustee Michael Russell, the contractor Niccolls & Edghill Construction Ltd. was represented by Owner Paul Niccolls and teachers, staff and students of the Oldbury nursery school along with former principals and other members of the teaching fraternity.