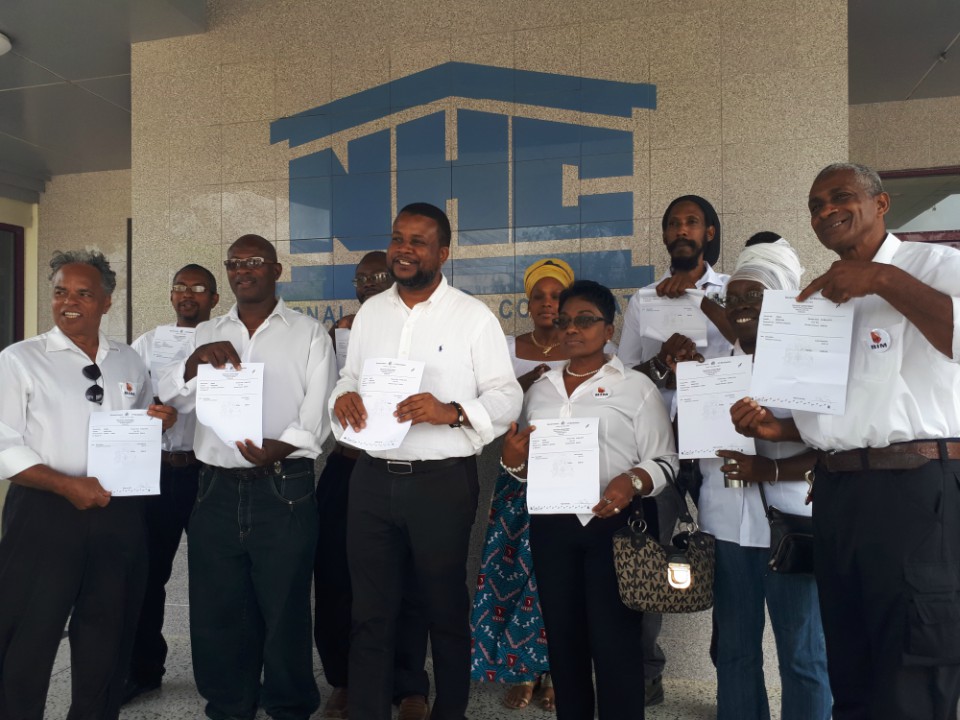 Friday was an exceptionally busy day at the Treasury Department as a slew of candidates from the newer political parties paid their deposits ahead of Nomination Day.

The Bajan Free Party (BFP), Barbados Integrity Movement (BIM) and the People Democratic Congress (PDC) with a total of 17 candidates secured their place in the upcoming election by paying the required $250 deposit.

Leader of BIM, Neil Holder, told reporters they intended to stamp out the squandering of taxpayers dollars and enforce "proper leadership and good governance".

"We started by stopping the sale of the Barbados Terminal Oil Company Limited and that is one of our national assets that was being thrown away for a pittance. We are also going to be looking at how we retool business in Barbados."

"We are a movement, not a party and as we go into the length and breadth of Barbados we are getting the call from Barbados that they want something different."

With ten candidates secured, Holder said they expect to have the full slate of candidates by next Monday which is Nomination Day.

The BFP, led by President Alex Mitchell said the party's focus is on attaining justice for the people of Barbados. Mitchell said access to land was critical if ordinary Barbadians were to have the opportunity to contribute to economic growth. 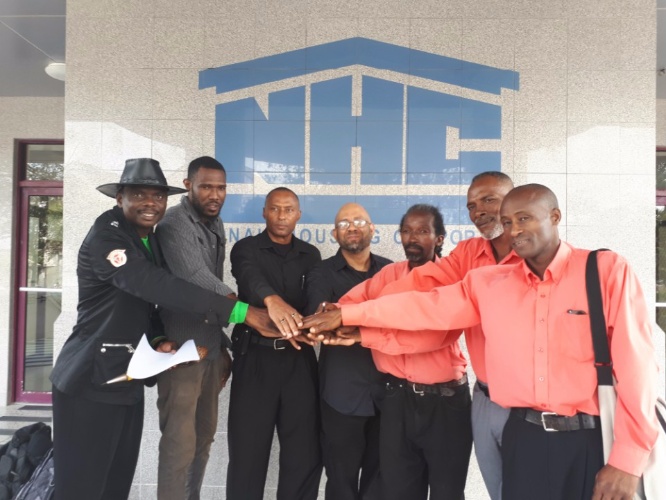 "We are here to give the people back what belongs to them, that is why we need justice."

Mitchell contended it has been financially difficult for smaller parties to participate in the election considering the amount of money that is needed to run a successful campaign. He said even the $250 deposit was a substantial amount of money for someone who is not a Member of Parliament.

"If you do the comparison between a minister's pay and $250, that is nothing to them. But the regular people who want to step forward cannot afford that, with all this tax and VAT we are paying."

Members of the People Democratic Congress (PDC), led by Mark Adamson, have formed a coalition with the BFP and the Kingdom Government of Barbados (KGB) which includes independent candidate Steven Hunte.

Adamson said the goal was not to win the government but to "make sure the team makes an impact" in the electoral process.