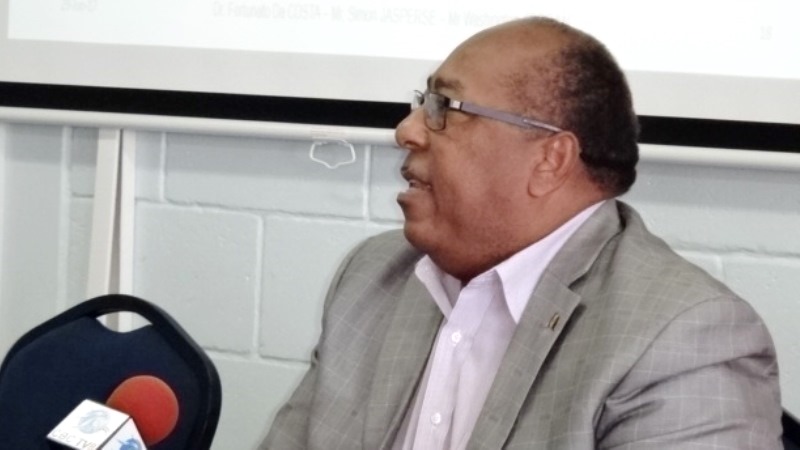 For years there has been an outcry from farmers and from The Barbados Agricultural Society for better and stricter regulations to ensure that those engaged in the theft of crops and livestock are deterred from doing so.

Minister of Agriculture and Water Resource Management, Dr David Estwick, on Thursday offered some assurance when he told media that new Praedial Larceny legislation with stringent rules and stiffer penalties is complete and awaiting Parliament’s approval, which he is hoping will be soon.

Noting that the old legislation only dealt with the realm of the magistrate’s court, Estwick said the updated legislation takes offenders to the top end of the court system.

“There is also a provision which works within the concept of the drug court. So, in other words, the penalty is directly related to quantity. So if you are going to steal large quantities, you will end up before the High Court as opposed to the magistrates’ court,” he said.

He added that vendors would be required to be licenced in order to sell agricultural produce. This licence, along with the receipts and certificates from the supplying farm must be produced at the request of inspectors.

The Agriculture Minister was speaking to the media following the launch of the Ministry’s Integrated Knowledge Management System, an e-platform for registered agricultural producers and buyers.

He said if persons are found outside the network then it means they are outside the law. The objective, he further explained, is to bring people within the ambit of production and marketing, making sure that within that framework there is a policing system for as long as persons are selling anything to the public.

This comes under the National Health and Food Safety System since apart from traceability, variable food safety will also come under the spotlight. “One must know if food that is being sold, that it is healthy and foods are not sold that are pesticide infested,” he explained.