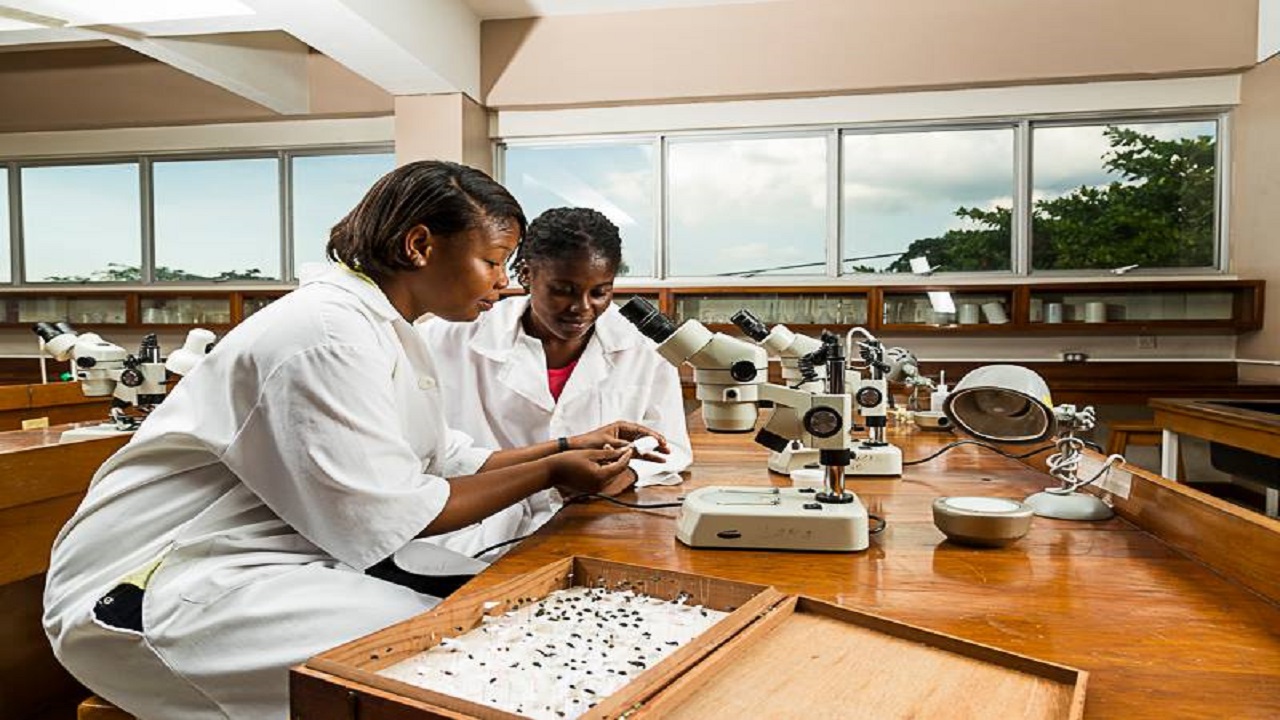 Students at the Department of Life Sciences, Faculty of Science & Technology at UWI, Mona. Photo via UWI, Mona's Facebook page.

The 2019 Times Higher Education (THE) World University Rankings has ranked the University of the West Indies (UWI) among the world’s top institutions.

Newly released ranking show that UWI is located among the 1,258 top universities in world for 2019.

This puts the UWI in the elite band of the top five per cent of universities worldwide based on data showing that there are over 25,000 recognised universities, globally.

Specifically, Times Higher Education ranked UWI at 591 out of the 1,258 universities which made the list. T

UWI is only Caribbean institution on the world-wide list. It was also the only Caribbean university ranked earlier this year in THE’s 2018 Latin America University Rankings, in the region that is home to over 100 universities contributing to sustainable development.

In 2015, when Vice-Chancellor Professor Sir Hilary Beckles took over the reins, he declared an intention to radically globalise the university and to prepare it for regional and global comparisons within the THE’s rankings.

This required the considerable mobilising of the evidence relevant to its academic legacy and current strategic agenda as a strategic project. Vice-Chancellor Beckles, in establishing an Office for Global Affairs, and giving a remit to the redesigned Office of Strategic Planning, recognised the need for The UWI to be competitive internationally within a global sector.

The Vice-Chancellor’s vision to have The UWI recognised within the top five per cent of the best universities in the world has now been realised.

Elated about the news, Vice-Chancellor Beckles said, “The excellence of The UWI has been a well-kept secret for far too long. Now, with these very impressive global ranking results, we can begin to share with the world the story of this academic enterprise in the West Indies that highlights the intellectual achievement and scholastic contributions of the Caribbean community.”

Regarded as the definitive list of the top universities, THE’s World University Rankings is the only global university performance table to judge research-intensive universities across their core missions of teaching (the learning environment); research (volume, income and reputation), international outlook (staff, students and research); citations (research influence); industry income (knowledge transfer). The 70-year-old regional university, which is relatively young among its counterparts in the World Rankings, scored in the top 10 per cent of universities (#290) for its international outlook and in the top 30 per cent (#370) for research influence