Skip to main content
Breaking News |
PM Browne: We can fix it! If LIAT is reorganised it can be saved
Man pronounced dead at Baywoods scene
Minister reaches 'gentlemen's agreement' with dumpers as a warning
1st Test: England crawl to 54-run lead vs West Indies at tea
T&T Update: 12 more samples sent for COVID-19 testing
PM Rowley proposes community conversations on statue removals in T&T
PM: CPL to foot the bill for T&T quarantine
VIDEO: 33 Electric buses with Wi-Fi, accessible for the disabled
Victoria’s Secret rolls out the red carpet for first T&T outlet
Will pushes Jada to admit what she had with August was a relationship 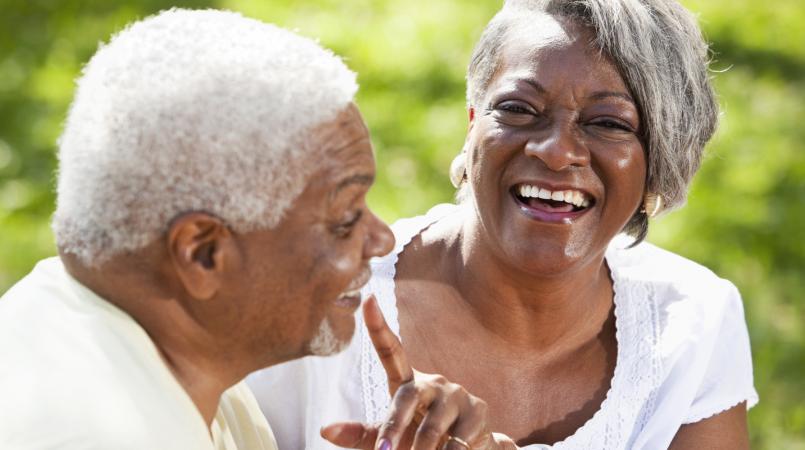 Professional standards of quality was one of the biggest overall failings of nursing homes.

Rita Dozal doesn't want to worry about her mom having to train the nursing aides.

Every time, especially on the weekends, it could be a new face. A new face with minimal training.

"These people are here 24 hours a day every day and they can't go home," Dozal told the Argus Leader (http://argusne.ws/2qNdrZ9 ). "So you have to create an environment that they feel they have consistency and that they're home."

Workforce shortages in South Dakota nursing homes will likely get worse unless something is done to fix the problem. To fill the gap, businesses are responding with new technology, and a focus on creating a strong workplace culture for new employees.

Dozens of nursing homes in the state are failing again and again in the same category. State officials have raised red flags about the lack of workers, especially at front-line positions, such as aides, who work directly with residents such as Dozal's mother, a double amputee and diabetic.

Leaders for Avera eCARE are preparing to break free from grant funding next year with a business-to-business telemedicine model they developed in part thanks to federal innovation dollars that will allow a team of care providers to assist nursing homes in rural areas. Executives for a newly opened assisted living community in western Sioux Falls, Grand Living at Lake Lorraine, say they are beating the workforce shortage by reinforcing a culture of respect and dignity for both residents and employees.

Peterka knows full well how hard hiring can be in the senior care industry.

"Everybody I think is confronted with what employment is," Peterka said. "We've had really good success."

Sioux Falls and the rest of the state are at the cross section of two troubling trends when it comes to finding staff to provide medical treatment at assisted living and nursing home communities.

One is a local problem of low unemployment and the shortages created across industries, from restaurants to construction. Nursing homes and other long-term care facilities are competing with other sectors when it comes to filling entry-level jobs. Aides and other starting positions don't require much training, but it can be difficult for employers to compete for the pool of potential workers because of the work involved in assisted living — or at least because of the perception.

"They're really competing with everybody else," said Gloria Pearson, who heads the state's Department of Human Services. "If you're going to receive the same pay and benefits, it's just really hard to recruit people and then retain them as well."

State officials commissioned a report in 2015 about long-term care options in South Dakota. The company hired to conduct the research, Abt Associates Inc., noted problems with the projected workforce.

Adding to the complexity of the state's workforce shortage is a second, broader problem of the aging Baby Boomers and anemic growth in the number of long-term care providers across all specialties, from doctors to aids to social workers.

The number of South Dakotans older than 65 is projected to grow 84 percent between 2010 and 2035, according to state population data.

The trend line for employment in long-term care, meanwhile, is far less steep. Between 2014 and 2024, all jobs in the residential care sector are expected to increase 6.5 percent, according to the state Department of Labor.

It's a problem the state's AARP office is well aware of and trying to address.

"I definitely see that there is a trend," said Eric Gaikowski, state director for AARP South Dakota. "An increased need for workers in that area."

Dan Peterka knew what he was getting into when he started Grand Living, the company that runs the Lake Lorraine assisted living community.

Peterka worked for years in the industry before co-founding the Twin Cities-based business that is quickly expanding its presence in the Midwest with new projects in Sioux Falls and Iowa, not including freshly inked deals to open two more assisted living communities in Florida.

He's not worried about finding workers. That's because from the start his company has been very intentional about the culture and "resort style" hospitality it promotes among its staff.

"We've had very good success because of our service culture," Peterka said. "The caliber of individual that we select and hire within our company . we've been very blessed from that standpoint."

Grand Living leaders have a carefully guided approach to customer service, using a set of philosophies crafted with help from a former Ritz-Carlton executive. The company even branded its approach to service, called "The Sterling Touch."

Three cornerstones provide the foundation of Grand Living's approach to service, Peterka said: A passion to provide remarkable, personalized experiences to clients, recognizing dedicated staff and respecting contributions of others to the daily work.

The company also has 10 principles for customer service, and each day employees focus on one.

"It's how we sustain our customer service culture," Peterka said.

Dozal doesn't see much consistency for her mother, who needed to leave assisted living years ago for the increased care available at a nursing home.

Cracks are already showing from the workforce shortage and the effect of a continued drought leave her wondering about the management of Sioux Falls Village, the nursing home where her mother lives. Her most pressing question: What kind of care is her mom getting?

Inspectors have reported thousands of deficiencies at South Dakota nursing homes in the last four years, and one of the most common offenses was a failure to meet professional standards.

Between 2015 and 2016, Sioux Falls Village was repeatedly written up for not having policies that properly screened employees and allowed for reporting abuse, and for ensuring staff met professional standards of quality. The Good Samaritan Society-run facility failed to meet those standards in three successive inspections, spread across a year and a half.

A Good Samaritan spokesman didn't respond by print deadline to a request for comment. But Sioux Falls Village is far from the worst offender. Nursing homes across the state failed to meet professional quality standards, many of them failing in that same category inspection after inspection, year after year. Nursing homes in Woonsocket, Flandreau, Garretson and Lennox all failed multiple times.

Professional standards of quality was one of the biggest overall failings of nursing homes in the state, according to four years of Medicaid data, with 193 total infractions.

The AARP sees solutions on a couple of fronts, especially as members express a desire to live at home longer and avoid community-based settings, Gaikowski said.

One of those is paying more respect to the family caregivers who sacrifice their own personal time to provide for their older relatives.

"The more they can provide services in their homes," Gaikowski said. "They're better able to stay in their home; they don't have to take up a nursing home bed."

But another solution to the state's problematic workforce problem is telemedicine.

Avera eCARE was able to serve 45 additional long-term care facilities in the region thanks to an $8.8 million federal innovation grant it received in 2015. Now in its final and third year of the grant, eCARE leaders are hopeful about the business model moving forward that will allow them to continue contracting with nursing homes and easing the burden on health care providers.

The Sioux Falls-based call center includes a team of physicians, nurses, mental health providers and social workers who can answer calls remotely, working directly with patients. Collaborating with family doctors and other providers who work one-on-one with the patient, telemedicine allows for a faster response, said Deanna Larson, CEO for Avera eCARE.

"We augment, we support them, we specialize," Larson said. "We want to be there when they need us."

Dr. Joseph Rees works with eCARE's long-term care team as a fellow. He wants to earn credentials in geriatric medicine because he likes the team approach to care. But he also noticed something happening around him as he worked with other Avera Health patients in his years as a hospitalist.

"There was certainly a growing proportion of patients that were elderly," Rees said.