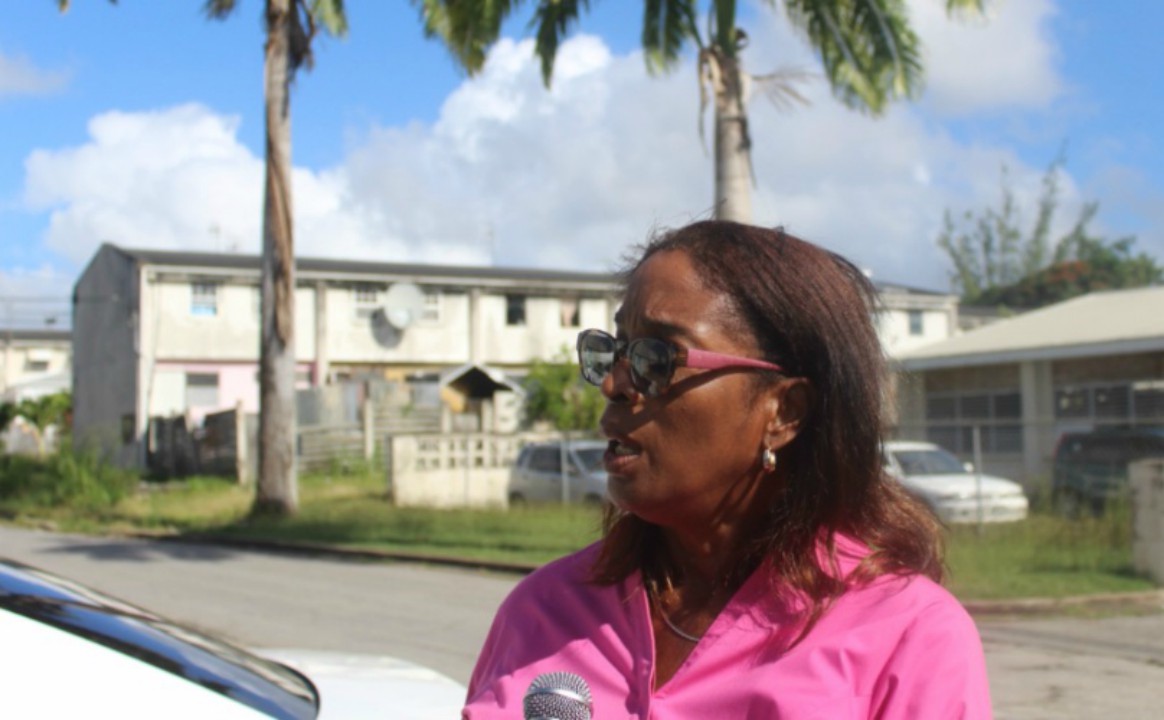 The words of Barbados Labour Party (BLP) representative for St. James South, Sandra Husbands have come to pass, following a fire which destroyed another housing unit in Haynesville, St. James on Christmas Day.

Just last month, Husbands conducted a walkthrough with the media where she warned that the likelihood of another electrical fire occurring in the housing units was great. This is exactly what occurred on Tuesday, when the unit belonging to 48-year-old Sinclair Alleyne was completely destroyed and two others damaged. Although not confirmed by the Barbados Fire Service, it is believed the fire was an electrical one, due to faulty wiring in the units.

Before that another housing unit occupied by a family of three went up in flames back in October, adding to the list of residents affected by unstable electrical wiring.

Husbands told Loop News she has been trying in vain, to get an audience with the National Housing Corporation (NHC) since her office had submitted a petition, signed by over 200 residents, requesting that the electrical issue be addressed with haste.

Husbands said the petition was submitted on November 9 and since then, the NHC has made no steps to initiate contact with the concerned residents. The BLP candidate believes the NHC has a responsibility to put residents’ mind at ease:

“Even if they did not want to respond to me, it was their business to call a meeting with the residents and say something to them. They might not be able to fix it tomorrow, but if people know that over the next year you are going to do x,y or z, they will try to bear with it. But no response whatsoever from them.”

Husbands said Alleyne is in shock having lost all of his possessions in Tuesday’s fire while the others residents are unable to re-enter their units as the damage to the walls and the floors have made it structurally unsound. Husbands added further attempts to reach the NHC to secure alternative accommodation for the affected residents has gone unanswered.