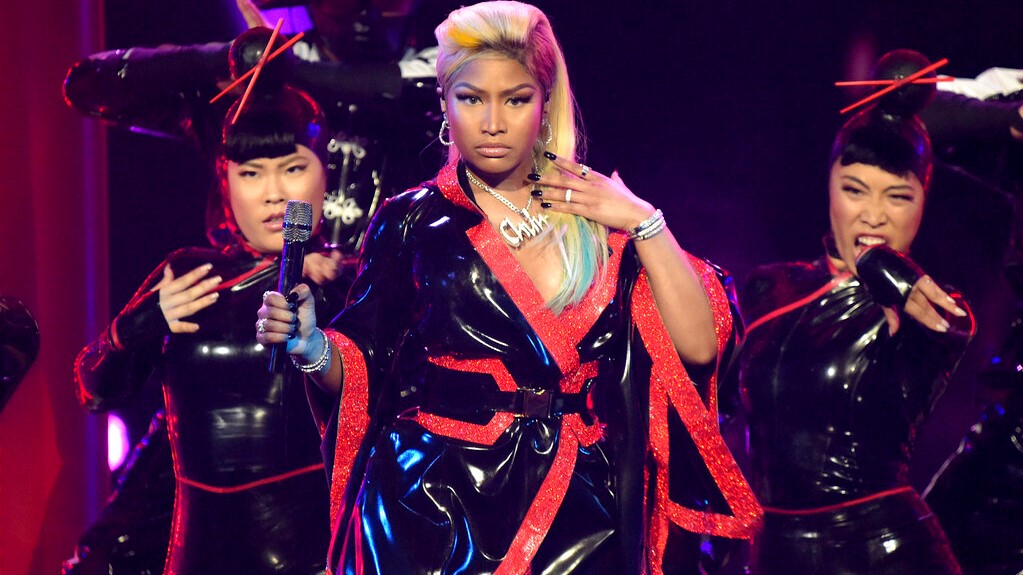 Nicki Minaj is pulling out of a concert in Saudi Arabia because she says she wants to show support for women's rights, gay rights and freedom of expression.

"After careful reflection, I have decided to no longer move forward with my scheduled concert at Jeddah World Fest. While I want nothing more than to bring my show to fans in Saudi Arabia, after better educating myself on the issues, I believe it is important for me to make clear my support for the rights of women, the LGBTQ community and freedom of expression," Minaj said in a statement Tuesday to The Associated Press.

Minaj was originally scheduled to headline the concert on July 18.

In Saudi Arabia, gender segregation between single men and women is still enforced in many restaurants, coffee shops, public schools and universities, but other rules have loosened with women now allowed to drive and attend events in sports stadiums.

Jeddah World Fest, which in line with Saudi laws is alcohol and drug-free, is open to people 16 and older and will take place at the King Abdullah Sports Stadium in the Red Sea city. Other performers include former One Direction member Liam Payne and DJ-producer Steve Aoki.

The Human Rights Foundation issued a statement last week, calling for Minaj and other performers to pull out of the show. On Tuesday, the New York-based organisation praised Minaj's decision to not perform at the concert.

"This is what leadership looks like. We are grateful to Nicki Minaj for her inspiring and thoughtful decision to reject the Saudi regime's transparent attempt at using her for a public relations stunt," said Thor Halvorssen, president of the Human Rights Foundation. "The July 18 festival in Saudi Arabia still shows Liam Payne as a performer. We hope that he follows Nicki Minaj's lead. Minaj's moral stance differs from celebrity performers like J-Lo and Mariah Carey who in the past have chosen to line their pockets with millions of dollars and stand with dictatorial governments as opposed to with oppressed communities and imprisoned human rights activists."

Over the past several months, the kingdom has seen performances by Carey, Enrique Iglesias, the Black Eyed Peas, Sean Paul, David Guetta and Tiesto. That's a stark change from when Saudi morality police would raid establishments that played loud music.

Saudi organisers said the Jeddah World Fest will be broadcast globally. The kingdom is also promising quick electronic visas for international visitors who want to attend.

Saudi Arabia saw profound change last year as a result of Saudi Arabia's Crown Prince Mohammed bin Salman's top-down reform efforts, including the opening of the first movie theatre and the lifting of the world's only ban on women driving.

In December 2018, women — some without headscarves — drove themselves to a Formula-E car race where thousands of young Saudis and hundreds of international visitors partied into the night at concerts. The spectacle would have been unthinkable until recently in the ultra-conservative kingdom where religious police used to enforce strict gender segregation and scolded women for not covering their hair.

But there's a hard limit to the reforms — as revealed by the brutal killing of Saudi writer Jamal Khashoggi by Saudi agents close to the crown prince in October and the reported torture of several women's rights activists in detention. While the arena for entertainment is widening, the space for political engagement and dissent has virtually disappeared.

The 33-year-old crown prince, backed by his father King Salman, presides over a nation where he alone defines the pace and scope of change.

Mariah Carey shakes off boycott calls for her Saudi concert