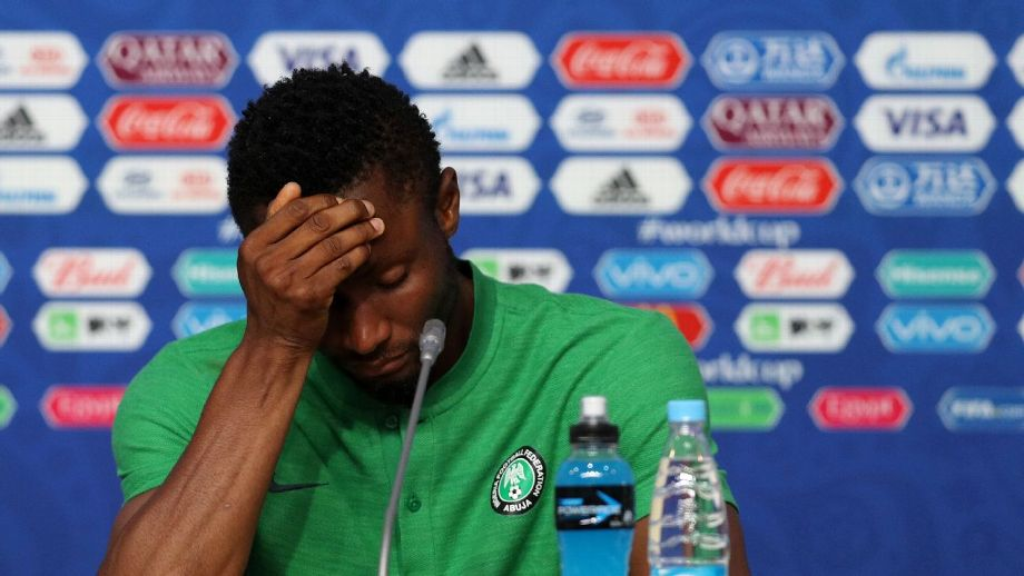 Captain of the Nigeria national team John Obi Mikel lead his team to square off against Argentina on June 26 while holding on to news that no one wants to hear: his father had been kidnapped and was being held for ransom.

Mikel told no one about the matter as the kidnappers threatened to shoot his father "instantly" if he informed authorities.

He told KweséESPN this week that he received a call from the kidnappers mere hours before the kickoff against Argentina, demanding N10 million ($28,000 U.S.) for the safe return of his father, Pa Michael Obi.

His father was on his way to a funeral in Nigeria when he and his driver were kidnapped along the Makurdi-Enugu expressway. According to Nigerian Police, they were both rescued on Monday near the city of Udi in Enugu State after a gun duel.

His father--who was apparently tortured--was taken to the hospital for treatment, receiving multiple stitches. Mikel said he is considering sending his father abroad for further treatment.

Mikel went public about the kidnapping only after the Enugu State Police Command made a statement via its official Twitter account.

Speaking to KweséESPN after his father's release, Mikel said that he didn't tell at the Nigeria Football Federation nor team coach Gernot Rohr about the kidnapping, carrying on as though nothing was wrong.

"I was confused. I did not know what to do, but in the end, I knew that I could not let 180 million Nigerians down," he said. "I had to shut it out of my head and go and represent my country first. I was told that they would shoot my dad instantly if I reported to the authorities or told anybody.

Nigeria lost the game 2-1 to Argentina that day and eliminated from the World Cup. He flew home to England almost immediately to deal with the matter but is scheduled to return to China, where he plays his club football, late Tuesday.

According to Enugu State Police Command spokesperson Ebere Amaraizu: "The abductors started calling to demand a ransom of N10 million before police operatives acted on intelligence information and swooped on them. In the process of the rescue, a gun duel ensued between police operatives and the kidnappers which forced the hoodlums to abandon their victims inside the forest and they were promptly rescued."

This is the second time that Mikel's father had been kidnapped. The first incident was in 2011; he was released 10 days after being abducted.

Security will be enhanced around the player's family in Nigeria, Mikel's adviser said.

Messi, Argentina scrape into round of 16 with 2-1 win over Nigeria

World Cup: Nigeria strong and calm under Rohr, for now