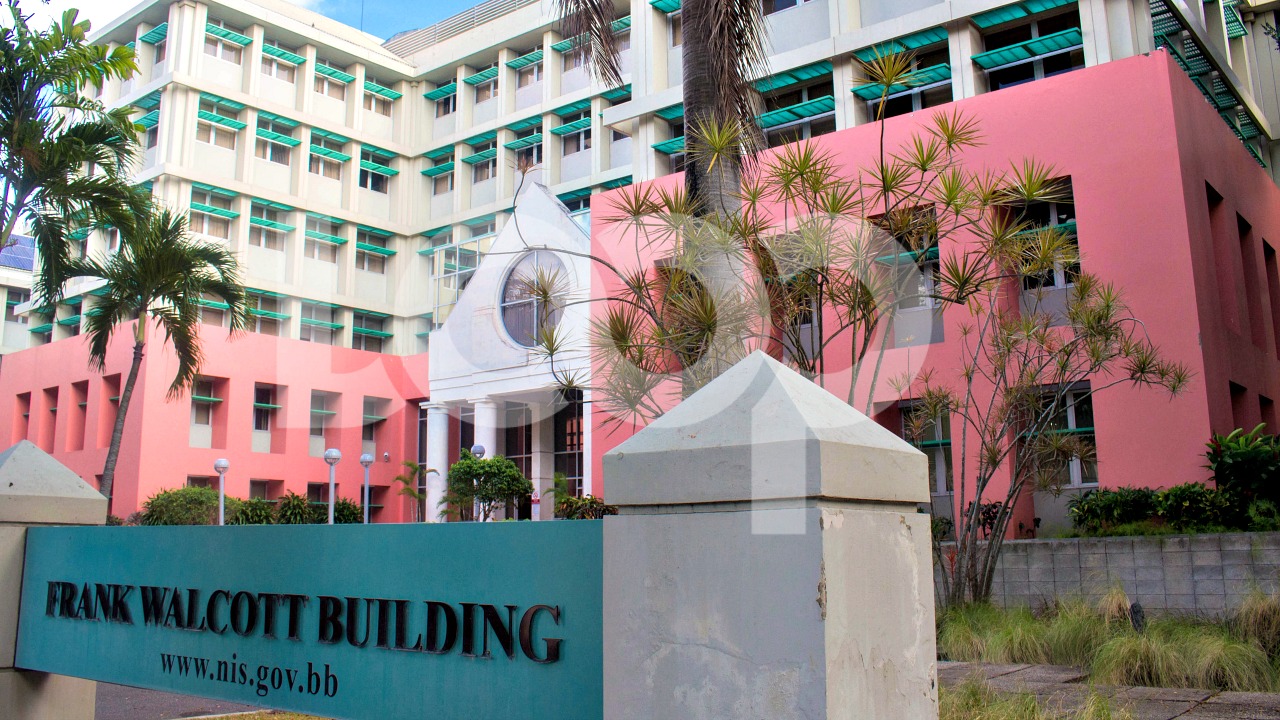 The portion of combined investments held by National Insurance Fund (NIF) in government and quasi-government securities increased from 68 to 75 per cent during the period 2012 – 2014.

However, according to the findings of the 15th Actuarial Review, this percentage should not exceed a maximum of 50 per cent and “immediate steps should be taken to rebalance the investment portfolio”.

The Review, which covered the 2012 – 2014, was released on Friday – two years later than scheduled. The analyses and recommendations made in the report took into account data available up to September 2016.

It noted that with 75 per cent of assets held in public sector securities, and only 5 per cent invested outside of Barbados, NIF assets are poorly diversified.

In addition, the portion of the NIF Asset Mix held in debentures is almost twice as high as the established target while international equities are less than half of the target.

“Immediate steps should be taken to reduce the portion of Fund assets held in securities by the GOB [Government of Barbados],” the Review recommended.

Commenting on the lack of investment options, Director of National Insurance, Ian Carrington, told a press conference on Friday that investing overseas came at the expense of foreign exchange reserves.

“Barbados has a GDP of roughly $10 billion and NIS reserves are roughly $5 billion. Tell me where you are going to find sufficient investment opportunities to invest that money in an economy as small as ours?” he said. “So the option is to invest some of it abroad but to do that you have to use foreign exchange. No Governor of the Central Bank is going to grant you permission to utilise foreign exchange when he’s also struggling to maintain the foreign exchange level to pay the normal export cover that would be required.”

National Insurance Board Deputy Chairman, Wismar Greaves, added there were few options on the domestic stock exchange, saying there has been “a significant decline in the volume of companies trading on the stock exchange in recent years”.

Nonetheless, the Actuarial Review indicated that the Fund’s investment mix is not in line with its Investment Policy Guidelines and highlighted the risk of doing so.

“With large deficits and growing debt, the risk of Government being unable to repay the face amount of Treasury Notes and Debentures on or before their maturity dates is growing,” said the Review.

“While investment managers and some policy makers may focus primarily on the Fund’s overall rate of return, the rate of return in the short-term will be irrelevant if the Fund is not able to realise the full face value of fixed income securities when needed.

“The NIF should therefore seek to reduce its exposure to Barbados Government and public sector securities to a maximum of 50 per cent over the next five years.”

“To achieve this, the Board and investment managers should resist participating in new debt issues and treat all loan/investment requests from Government and statutory bodies with the same amount of scrutiny and due diligence that it would non-traditional entities. Where proposals do not meet the Fund’s investment criteria or fit within investment guidelines, they should be rejected.” 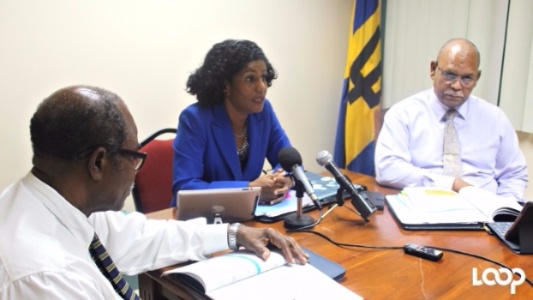 However, she said, “The heavy concentration of the Fund in Government securities reflects not only the fact that the Government needed to have access to that [financing] but also the underdeveloped nature of our capital markets at this time and the lack of suitable alternatives for investment.”

According to her, a reduction in the face value of Government securities was not being considered and while it might seek an adjustment on the interest rates or an extension on the maturities, Government remains committed to paying the principal (face value) of its securities in full.

In the May 30 Budget, the Minister of Finance indicated that Government would engage the Central Bank of Barbados and the NIS to discuss re-issuing some existing securities in their portfolios at lower interest rates agreed by the parties.

It was estimated that the proposed debt re-profiling would bring around $70 million in savings on the interest expense in Financial Year 2017/2018. According to the Budgetary Proposals, part of the proceeds from the savings are expected to go to pay off arrears owed to the NIS.

As for reducing Government debt to 50 per cent of the NIS investment portfolio, Byer Suckoo said, “We all [NIS management] aspire to be able to do that some day very soon because we do recognise the value of diversification.”

Too many defrauding NIS