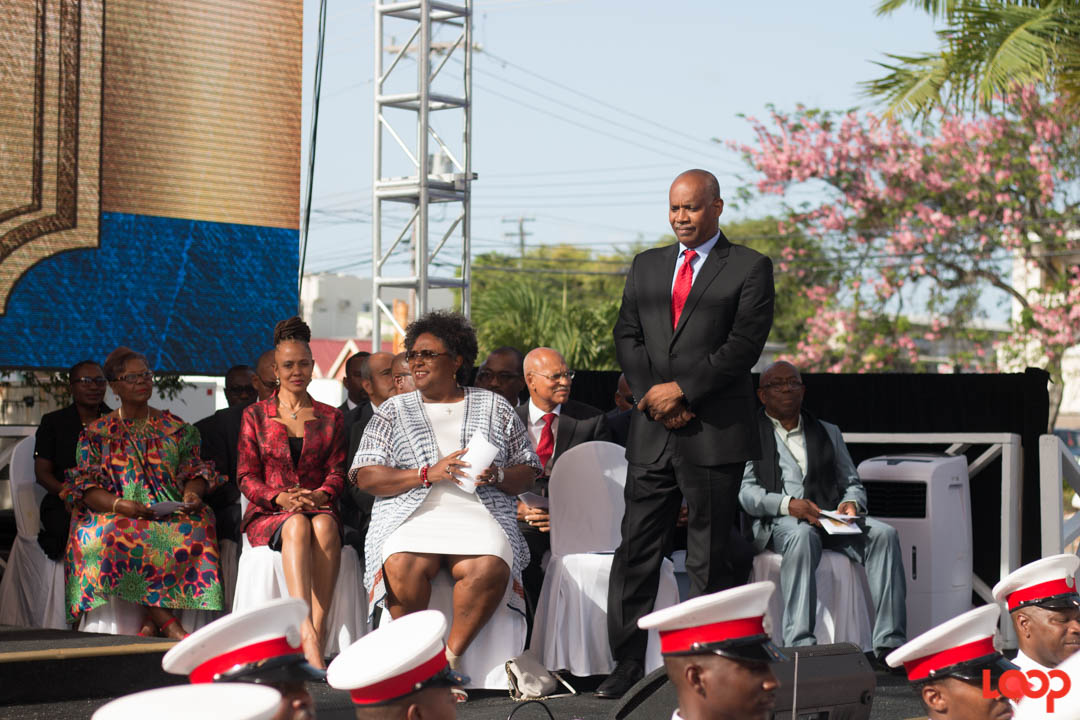 Dale Marshall at the Cabinet swearing in. (FILE)

The Barbados Labour Party-government has admitted its wrongdoing and assures Barbadians that it will make amends.

Making this abundantly clear as it relates to the fines, which will be incurred if one breaches the Integrity legislation when it comes into play, was Attorney General Dale Marshall.

Speaking on the Integrity in Public Life Bill, 2018, in the Lower House earlier today, he said that Barbadians are not sitting idly by and letting the wool be pulled over their eyes, not even by their government leaders.

He said that though there is an explanation for the drop in fines it is not an excuse. And he went on to assert, it is “has nothing to do with political will, but at this point in time, I don’t think any explanation matters. The point is that the people of Barbados weighed in on the subject and that is why I am proud to say that it isn’t that we were backtracking, but I am happy that people are once more feeling it is their responsibility to speak truth to power.”

Previously, the old Prevention of Corruption Bill from 1929, had maximum fines of $2400.

Marshall assured all person who were doubting the commitment of the Barbados Labour Party to tackle the issue of corruption, "and who felt that by apparently reducing the fines, we were already trying to preserve our own interests and protect them, thank you for your observation, but that is not the case.

AG: Not all politicians are corrupt

Do not let Dems 'trick you', warns BLP candidate