No choice but to reverse visa waivers 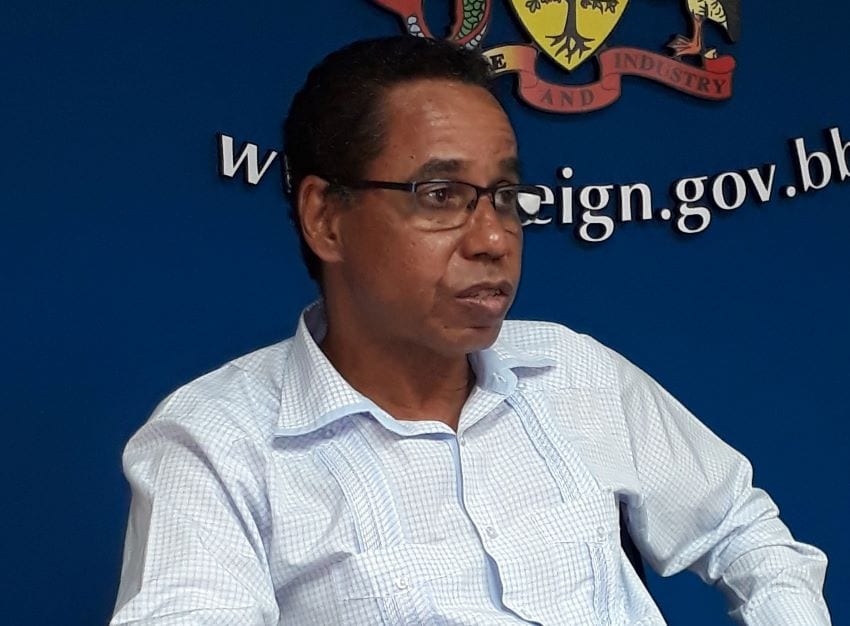 Barbados did not have a choice in reversing the no visa requirements for Haitian nationals.

Barbados’ Ambassador to CARICOM, David Comissiong, made this clear today, as he held a press conference at the Ministry of Foreign Affairs, Culloden Road, St. Michael, to discuss issues emerging from the just concluded 40th Regular Conference of Heads of Government of the Caribbean Community (CARICOM) in St. Lucia.

Ambassador Comissiong explained that Barbados was forced to reverse its decision to allow free movement of Haitian nationals into Barbados without a visa because of the “large influx of persons” of Haitian nationality coming from Panama and Chile who were not entitled to work in Barbados.

He said that this was compounded because “no one in Haiti had really explained to them the principles of this free movement programme, and the vast majority of them were coming with this mistaken idea that they could simply come to Barbados to work and live, with many of them becoming stranded in Barbados”.

“We derived no pleasure from having to move away from the full visa free régime, but we felt that we didn’t have a choice, and we communicated that to the Haitian Government and they understand that Barbados’ heart is with them, but we were compelled to make the change,” he clarified.

“You will recall that when Barbados removed the visa requirements, almost simultaneously, through the Barbados Tourism Authority, COPA airlines started two flights a week out of Panama, and the two things just happened to coincide. Those flights out of Panama then became available to Haitians – Haitians coming from Haiti itself, and also Haitians coming from Chile, where there is a large Haitian diaspora and those two weekly flights into Barbados came to be dominated by Haitian travellers,” he said.

Mr. Comissiong pointed out that the situation was becoming untenable, and a decision was made after extensive consultations with several stakeholders, including the Ministry of Foreign Affairs, the Immigration Department, the Ministries of Tourism, and Home Affairs, the airlines and the Grantley Adams International Airport.

“We looked at every possible way in which we could solve the problem because what had started to happen is that you started to get a negative backlash from the Barbadian people because of Haitians being stranded here, and that was the last thing we wanted.  We did not want an initiative which was supposed to be a positive and constructive regional integration initiative descending into instability and chaos, and then generating a negative response from the Barbadian people,” he stated.

Noting that although Haitians were not coming “with any devious intention”, they could only work and live in Barbados if they qualified under the CARICOM Skilled Nationals programme, or the Right of Establishment programme.

The Ambassador to CARICOM admitted that Barbados had a legal responsibility to admit Haitians on the same basis as any other CARICOM citizen, noting that Barbados’ Immigration Department would “accommodate any Haitian who legitimately wishes to come to Barbados”.

“I can tell you any Haitian who legitimately needs to come to Barbados will have no problem with getting a visa, or getting permission or even getting permission to come into Barbados and to be granted a visa at the airport, so we will seek to accommodate our Haitian brothers and sisters as much as possible,” he underscored.

Mexico returns 81 migrants to Haiti amid US pressure