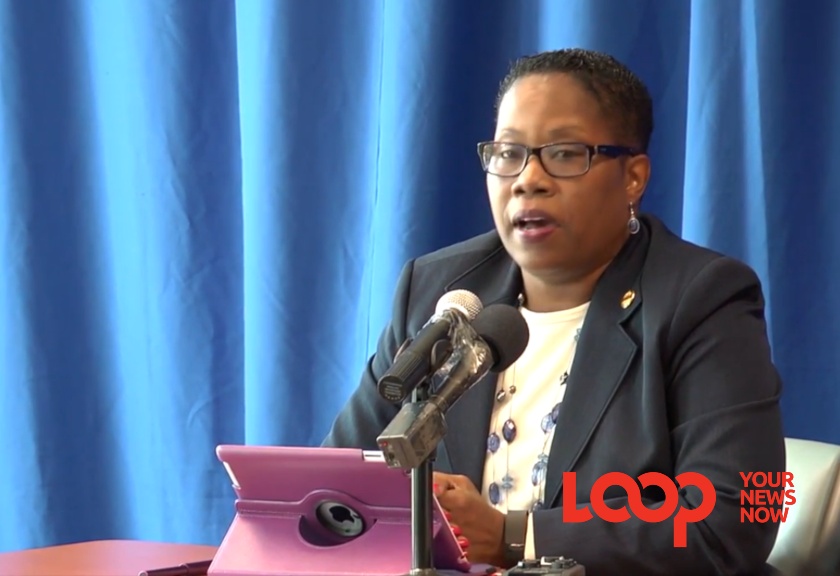 Students are to receive no marks on their report cards at the end of this 2019-2020 academic year.

This is the directive given by the Ministry of Education, Technological and Vocational Training (METVT) in an official circular dated July 4, 2020. The information was disseminated to the Principals of all Public Nursery and Primary schools.

“Please be reminded that students must be given a Report at the end of the term. It is recommended that these be qualitative reports which provide comments regarding students’ overall achievement in Terms 1 and 2. No marks should be inserted for Term 3. Additionally, the reports should also indicate whether there was participation in online classes.”

The correspondence, signed by Acting Chief Education Officer Joy Adamson, goes on to identify a number of deadlines for schools’ administrative business. 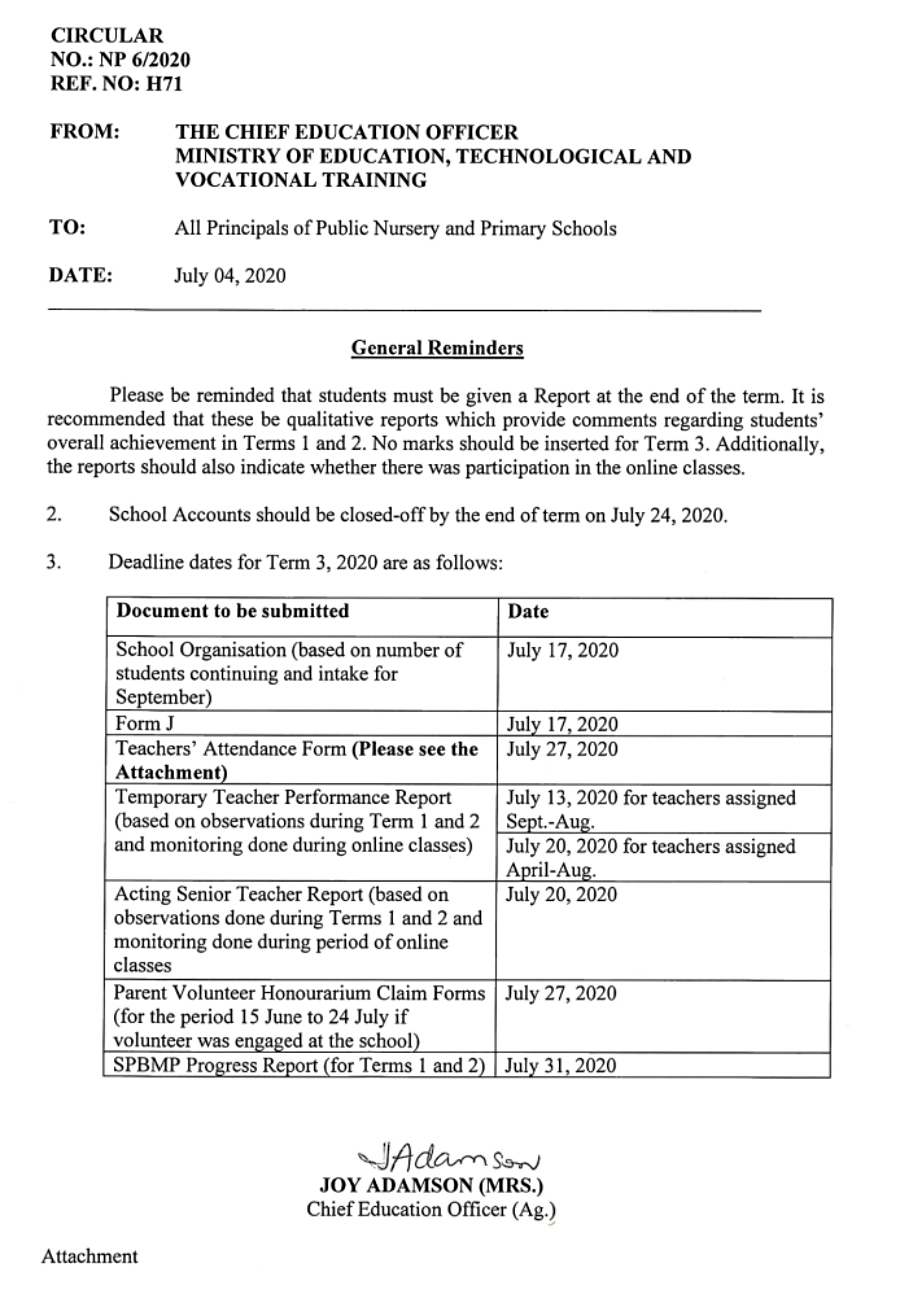 In a previous circular shared just before school resumed, the METVT had instructed that no new concepts were to be taught and continuous assessments were to be conducted.

School was closed abruptly on March 18 after the island reported its first two cases of COVID-19 on March 17. March 19 was announced as the official end of the Hilary Term, just over a week before it was scheduled to conclude on March 27.

Related article :No National Summer Camps, but online options being cooked up

The Ministry of Education officially rolled out its Google GSuite for Education online learning platform in April as a physical return to the classroom was not possible with social gatherings restricted and other protocols in place. Minister of Education Santia Bradshaw subsequently announced May 4 as the official start of the Trinity Term.

The last day of this new Term is looming and some students have never signed in online for class. This is a comment being made by too many teachers across the island, especially those teaching at the primary level.

The final term of the 2019-2020 academic year was to officially end last Friday on July 3, but METVT subsequently announced on June 23 that the term would draw to a close on July 24.

There has been an ongoing initiative to provide devices to students who remained without. In addition to the tech drive, the METVT had also partnered with telecommunications companies Digicel and FLOW, who provided zero-rated sites for students to access the Google classroom. However, some students remain without devices even as the third term concludes. Some households also presented unique challenges as there were some homes across the island without electricity.

An announcement is still to be made by the Ministry of Education, Technological and Vocational Training as to when the new September school term will begin.