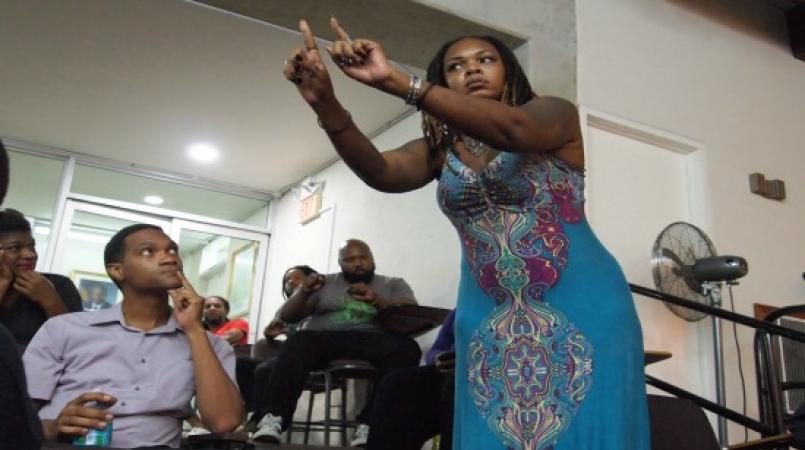 The pervasiveness of sexual harassment, assault and rape came to the fore during the #LifeinLeggings movement panel discussion at UWI on Friday night.

The event which was also live streamed on Facebook allowed women from as far as Dominica, Trinidad and Israel to lend voices to the discussion boldly sharing stories of victimization and calling for a solution to the problem affecting women across the region.

Members of the audience joined the discussion as they emphasized the importance of the discussion allowing them a ‘safe space’ to share stories and bring anecdotal evidence to the light.

One audience member spoke to the lengths she would go to in an attempt to avoid street harassment while travelling through her neighbourhood which included always ensuring she had a pair of headphones handy hoping to block out the rude comments she received from men. She noted is was time for men to take responsibility for their actions and words and recognize that what they were doing was by no means acceptable. Another member of the audience said she was of the view that all levels of society, especially law enforcement, had become desensitized to the seriousness of sexual victimization. She shared experiences of interactions with police officers to display what she called a ‘don’t carish attitude’ to reports of sexual abuse.

The point was backed by Member of Parliament, Dr. Maria Agard who said the topic hit close to home for her because of the experiences she suffered. She said it felt as if she was failed by the judicial system and called for leggings to stand in defiance of the objectification of women.

“It has been almost ten years and it is only because of Life in Leggings that I was actually brought to a point where I reflected on the adjustments I had made in my life because of these experiences. I am saying that too many women today are making adjustments in their lives to survive that are not healthy.

"We here have the opportunity to push back against the years and years of exploitation and violation we have experienced in silence.”

The experiences of varying degrees of sexual assault continued to be shared throughout the panel discussion with many admitting they were often shamed into silence by family or for fear of being labeled.

Director of the movement, Ronelle King said as more women come forward to share their stories the movement can begin to influence change.

“It was not just for Barbados, it was for the Caribbean and not so that one country speaks out and the others are left behind. This is so we can collectively come together and shout and say this is enough, we’re going to demand a change and we’re going to make a change.”

The team heading the Life in Leggings movement disclosed they are still in the organization phase which involves bringing other activist groups together to move forward.

Female politicians speak out about #lifeinleggings

WEEKEND READ: #LifeInLeggings and more – the ‘woke’ side of Bajan social media