No Mr. Senator, ‘scantily dressed’ does not okay sexual harassment 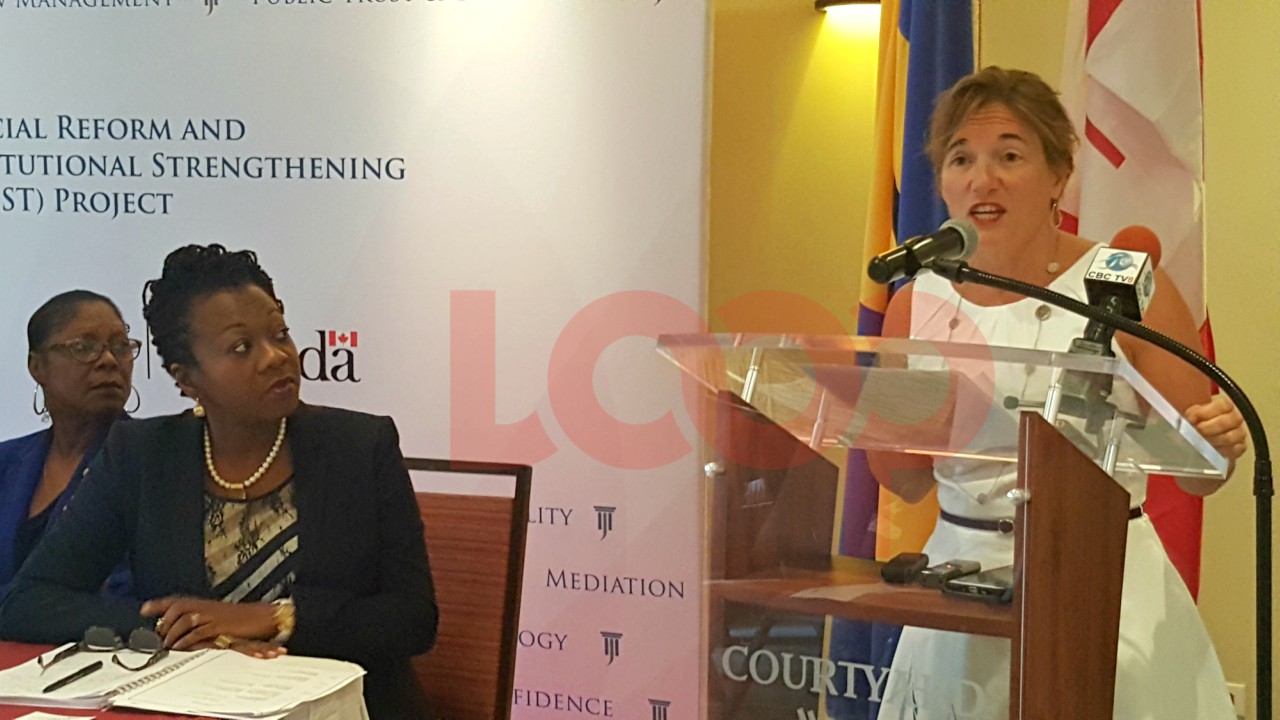 High Commissioner of Canada to Barbados and the Eastern Caribbean, Her Excellency Marie Legault says work needs to be done in Barbados.

A senator’s comment in the Senate this week shows sexual harassment is alive in Barbados and must be curbed at all levels of society.

Senator John Watson is being called out and pulled up for his statement as it relates to sexual harassment.

High Commissioner of Canada to Barbados and the Eastern Caribbean, Her Excellency Marie Legault did not take kindly to Senator Watson’s scantily clad comment and found him guilty of perpetuating sexual harassment in the Upper House during the debate of the draft legislation - the Employment Sexual Harassment (Prevention) Bill, 2017.

During her remarks at the launch of the Model Guidelines for Sexual Offence Cases in the Caribbean Region today, October 17, 2017 at Courtyard by Marriott Hastings, though noting that Barbados has made some advancements and achievements in handling rape and sexual offence cases, she said,

“Right now actually the government in Barbados is debating an Act against sexual harassment in the workplace, so this is a positive move. It adds to all the laws and conventions…however, in the debate, a senator, Senator John Watson stated that, 'No, people should dress appropriately in the workplace', which I think we all agree, I can agree with that, but he also went on to say that it was understandable that women who dress scantily, receive catcalls, which I don’t agree with.”

“It should never be understandable for a human being to harass another human being for whatever reason. That is a human right.”

So she said that even though those debates are happening currently it goes to show that more work needs to be done. “We still have to work.”

Stating that the world is redefining what it is acceptable, the High Commissioner went on to laud France who is putting in place an anti-street harassment law and she shared that street harassment is illegal in a number of countries including Portugal and Argentina.

Barbados got praises as well for positive advancements made within the judicial system including the fact that all sexual assault cases involving children are held in camera, “which is extremely important.”

Legault stressed that sexual offence cases are serious offences because they have a lifelong impact on victims and the accused, especially if the defendant is wrongfully accused.

The Model Guidelines were launched first in Barbados today, and are based on internationally accepted best practices and they are a rights-based approach to help the judiciary, witnesses and victims and to ensure safeguards for the rights of defendants.

A copy of the guidelines was presented to all justice sector stakeholders involved in the reporting, investigating and adjudication of sexual offences including Chief Justice the Hon. Sir Marston Gibson, the Officer-in-Charge of the Bureau of Gender Affairs in the Ministry of Social Care and Community Development Nalita Gajadhar, the Head of the Barbados Bar Association, a member of the Royal Barbados Police Force and the Probation Department.

The model guidelines are the result of 15 months of hard work by judges, magistrates, the Canadian government, the Caribbean Court of Justice and millions of dollars provided by Canada through the Judicial Reform and Institutional Strengthening (JURIST) Project.

Workplace sexual harassment on the table