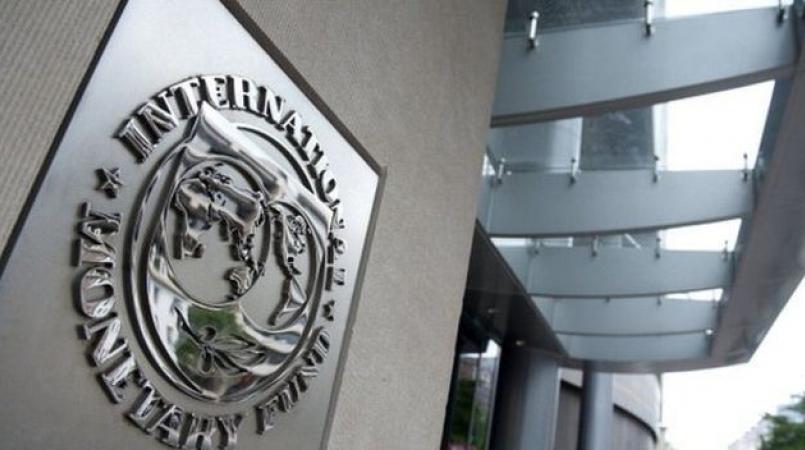 Head of IMF Mission to Barbados, Dr. Bert van Selm has sought to allay the fears of Barbadians, giving them the assurance that the International Monetary Fund (IMF) is not here to conduct harsh austerity measures.

Speaking to reporters during a press briefing at Government Headquarters, Dr. Bert van Selm said the IMF has revised its hard-and-fast stance of negotiating assistance programs with countries.

It was announced during the press briefing that government and the IMF had reached a staff level agreement for US $290 million to be distributed over four years. Expected to be approved by the IMF Executive Board by October, government will then have immediate access to US $49 million.

“I have been working for the Fund for 18 years and the organization I joined is a lot different now. We have become a lot more open, much more communication, we listen much more to a broad spectrum of people.

In the past we would talk only to governments but now we go out we talk to labour unions, private sector, political parties, academics … we try to take all of these [views] into account.”

He noted the main ingredient of success for any IMF funded program is ownership by the member country.

“You need to have a program that people really believe in and then you can support it. If you do it the other way around it just isn’t going to work and we learned that the hard way over the years and we apply that now in practice.”

Pointing to the mini-budget implemented by the Mottley-administration back in June, Dr. Bert van Selm said the budget was a “very ambitious” plan and the IMF supported government’s efforts.

He said the Fund had no intention of giving government directives as to what budgetary measures need adjusting.

“We don’t go into details saying you should do this or do that or cut this and add a little more of that. We couldn’t, that is really the job of the government of Barbados.”

Endorsing the comments made by the senior IMF official, Prime Minister, Mia Mottley said the Barbados Economic Recovery and Transformation (BERT) Plan is “our program”, adding the agreement reached between the two parties will not put the Barbados Dollar at risk or result in massive layoffs in the public sector.

“The level of consultation we did allowed us to know what people were prepared to do, where people are prepared to make adjustments, so it is truly ours.”

On the issue of job losses in the public sector, PM Mottley admitted government could not say for certain how many would be put on the breadline or when.

“We know there will be some job losses but it will not be 5,000. How many? I cannot tell you. Government would be lying. We know that the adjustments will not be as large as initially feared.”

She said the goal is to ensure that government was fiscally fit and its operations were modernized. In the area of cuts to be made, Mottley said the high overtime bill has to be immediately addressed as “Barbados cannot continue to spend $10 to $13 million a year in overtime”.

Without giving a date, Mottley said government will be limiting overtime to only “absolutely essential services” with the hope of getting the overtime bill to $8 million a year.