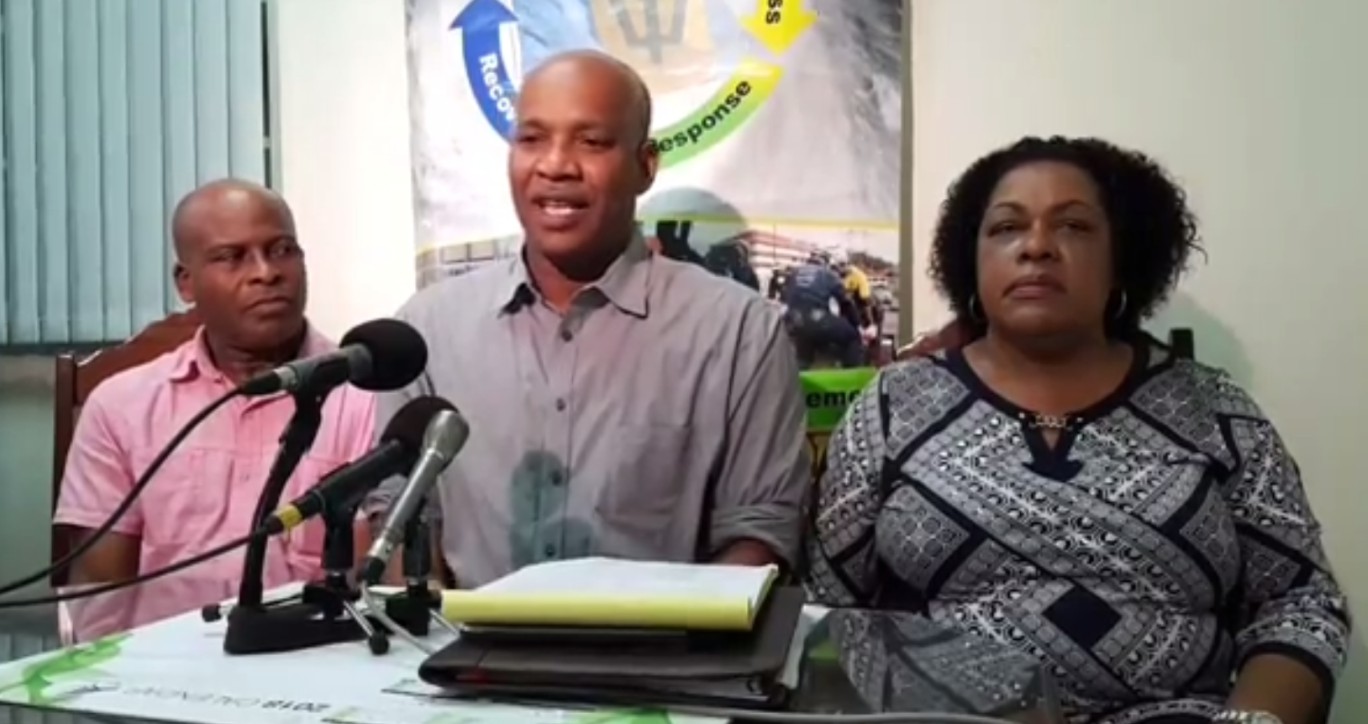 Acting Prime Minister, Dale Marshall is standing by government's decision not to initiate a national shutdown for the island today, in light of the torrential rains associated with the passage of Tropical Storm Kirk.

Marshall, along with the Minister of Home Affairs, Edmund Hinkson, convened at press conference at the office of the Department of Emergency Management (DEM) earlier today to discuss the impact of the storm on Barbados.

He said the decision to call public sector businesses to order at midday was done in the interest of the public.

“One of the important considerations that we took in making that decision is the that fact that there are a large number of Barbadians who are very dependent on public sector services.”

He noted, if there had been a national shutdown, the public would have had a three-day wait to access public services and considering it is now the end of month, such would have been unacceptable.

Related article :Business as usual in Barbados; no national shutdown with TS Warning

He said even though many were “clamoring” for the island to be shutdown, the damage caused by Kirk did not call for a shutdown.

In providing a preliminary damage assessment, Marshall revealed most of the areas across the island which were flooded were almost back to normal.Areas such as Halls Road, River Road and London Bourne Towers in The City, the South Coast and Holetown in the north were listed as having been adversely affected by heavy flooding.

He also said 11 persons had to be rescued by the (Barbados Defense Force BDF). They were seven from the Christ Church area: three persons at Lowlands, one at Wotton and three senior citizens in Rockley. Two persons from Kirtons, St. Philip and two at Chapman Lane in The City. There was one report of a man who sustained a minor injury while inside his home.

Also, there was structural damage to the limestone wall at Government House which has since been cleared and one home sustained damage to the roof.

No work on Thursday in Dominica as Kirk approaches