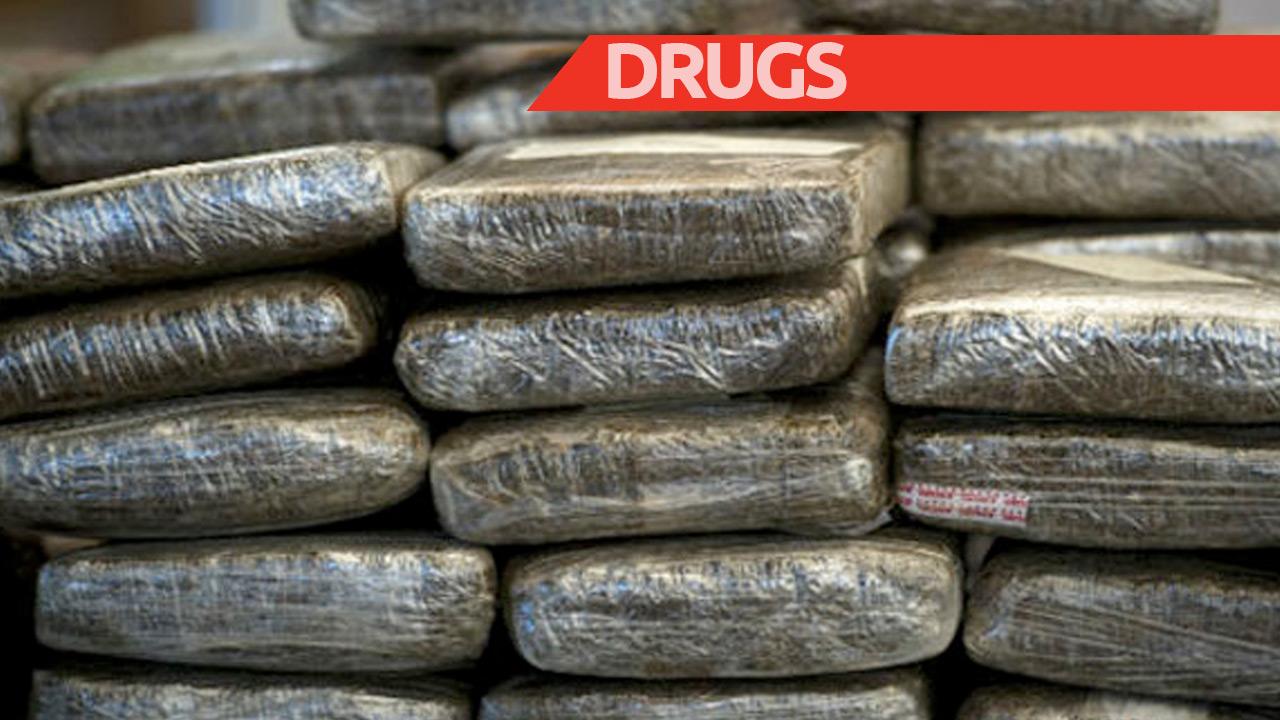 Two suitcases of marijuana were seized by Customs at the Grantley Adams International Airport last week.

A 28-year-old Surinamese woman Carmela Gerrie Pansa of No. 28 Rattemweg, Ramoelamweg, Paramaribo was arrested and charged on June 4 with unlawful possession of cannabis, intent to supply, trafficking and importation of cannabis.

During a search of her luggage, a total of 58 yellow-taped packages, each containing a vegetable matter suspected to be cannabis, were found. The estimated weight of the drugs is 39.6 Kilograms (87.12 lbs), with an estimated street value of $158,400.00 BDS.

She was later arrested and taken to the Oistins Police Station.

She appeared before Magistrate Smith-Bovell in the District B Magistrates Court on June 6, where she pleaded guilty. She was fined $50,000 forthwith on the charge of trafficking or eighteen months in prison. She was Convicted, Reprimanded and Discharged on the other offenses.