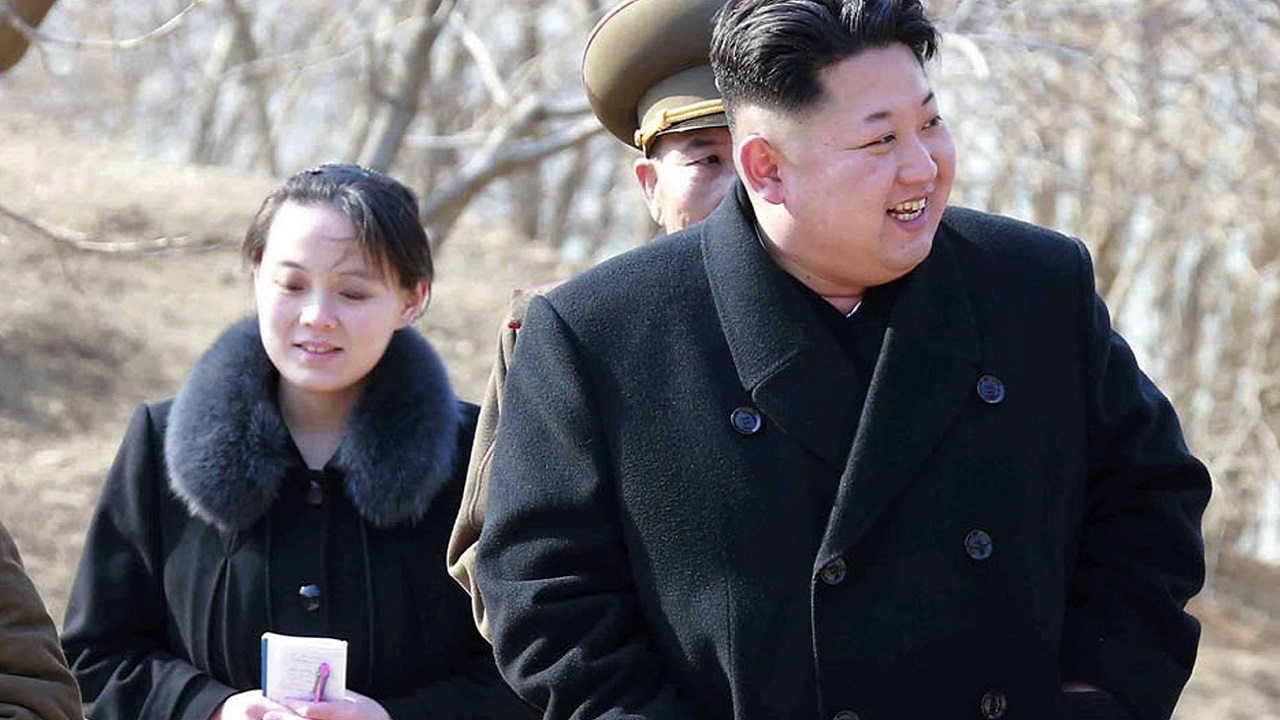 North Korean leader Kim Jong Un's sister, an increasingly prominent figure in the country's leadership, will be part of the North's delegation to the South Korean Winter Olympics, officials said on Wednesday.

Kim Yo Jong, believed to be around 30, will be the first member of North Korea's ruling family to visit South Korea since the end of the 1950-53 Korean War.

Analysts say her inclusion in the Olympic delegation shows North Korea's ambition to use the Olympics to break out from diplomatic isolation by improving relations with the South, which it could use as a bridge for approaching the United States.

South Korean President Moon Jae-in's office welcomed North Korea's decision, saying it showed the North's willingness to cooperate in easing tensions on the Korean Peninsula. It wasn't immediately clear whether Kim Yo Jong will meet with Moon, a liberal who has expressed a desire to reach out to the North.

While South Korea prepared to welcome Kim Yo Jong, Vice President Mike Pence said in Japan that the US is preparing to announce the "toughest and most aggressive" economic sanctions against North Korea, boosting pressure on its government during the Olympics. US officials declined to provide details of the expected sanctions.

Experts said by sending a youthful, photogenic person who will undoubtedly attract international attention during the games, North Korea is trying to construct a fresher and warmer public image and defuse potential US efforts to use the Olympics to highlight the North's brutal human rights record.

Kim Jong Un might also have seen that US President Donald Trump was sending his daughter, Ivanka, to the Olympics opening ceremony and decided to match the move by sending his sister, said Hong Min, an analyst at Seoul's Korea Institute for National Unification.

By sending a relative, "Kim Jong Un may be trying to present himself as an equal to Donald Trump," Hong said.

Kim Yo Jong will be part of a North Korean delegation led by the country's nominal head of state, Kim Yong Nam.

Koh Yu-hwan, a North Korea expert at Seoul's Dongguk University, said Kim Yo Jong, as Kim Jong Un's relative and apparently one of the few people who has earned his absolute trust, carries more weight as a dialogue partner for the South than any other official the North could send.

It's unclear whether any member of the North Korean government delegation will hold talks with US officials during the Olympics.

Pence did not rule out a possible meeting with North Korean officials, telling reporters: "We'll see what happens." But he pledged that his message in any potential interaction would include the same message he has been delivering publicly: that the North must renounce its nuclear weapon and missile programs.